"Today I had a meeting with officials from disaster management, housing, Police, agriculture departments. The government is ready to tackle both the COVID-19 pandemic as well as the flood situation," he told news agency.

"We are monitoring all dams. Last time we got more floods because of dams. I have instructed to all district collectors that 70 per cent water be filled in dams. Remaining water be sent to canals. We are expecting more rains in nine districts this year," he added. 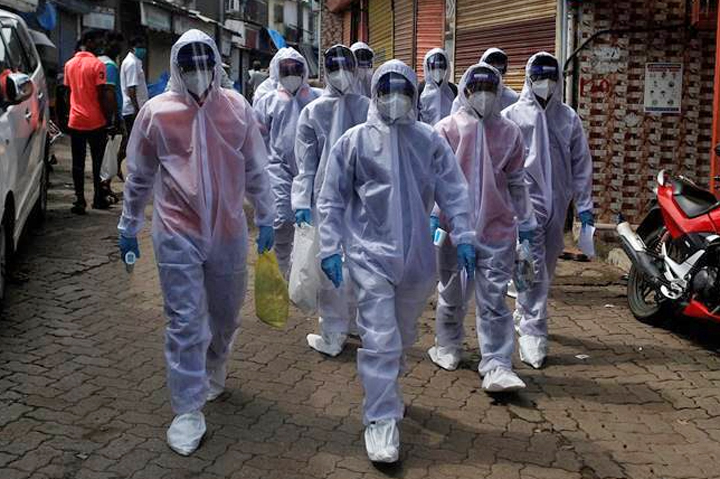 Bengaluru, Sept 12: As many as 36 doctors from private hospitals, nursing homes and clinics succumbed to Covid-19 in the past three months across Karnataka, according to the state chapter of the Indian Medical Association (IMA).

The deceased include gynaecologists, psychiatrists and general physicians who are yet to be covered by the government’s compensation scheme.

IMA-Karnataka has written to the CM seeking compensation for their families. A psychiatrist from Ballari, a gynaecologist from Shivamogga, a 65-year-old anaesthetist from Mysuru, a 68-year-old general medical practitioner from Bengaluru and a paediatrician from Athani are among the deceased.

Dr Shivanand Murgode, 69, a gynaecologist from Hukkeri in Belagavi district, who was working even during the lockdown, died on July 31.

“He was conducting deliveries, surgeries and consultations throughout the pandemic. All he would ask was if the patient had any symptoms. He may have treated asymptomatic carriers. He was very uncomfortable wearing PPEs and could not use them. He would wear a mask and gloves. We lost him because he was a workaholic,” said his ophthalmologist-son Dr Sachin Murgode.

Dr Madhusudan Kariganuru, president, IMA, Karnataka alleged that the state government has not considered these private healthcare professionals as Covid warriors. “A private doctor should also be covered by government insurance of Rs 50 lakh. The government must look into the matter,” he added.

An IMA member from Bengaluru, who has been treating Covid patients said the death of doctors was the result of hospitals turning into hotspots. “These doctors have treated confirmed and suspected Covid-19 caes but are not considered Covid warriors. They were all infected possibly through patients they treated. No family of dead doctors has been contacted by the government so far,” the doctor said.

In Mysuru, a septuagenarian doctor, who retired from the medical education department, died in July. “He developed fever two days after treating a vegetable vendor with Covid symptoms. He sent his patient for testing and he turned out to be positive,” his relative said.

However, the health and family welfare department is unaware of the deaths of these doctors. Pankaj Kumar Pandey, commissioner, said he has asked all medical and paramedical associations to submit a list of doctors, nurses, technicians and other healthcare workers who have succumbed to Covid-19. 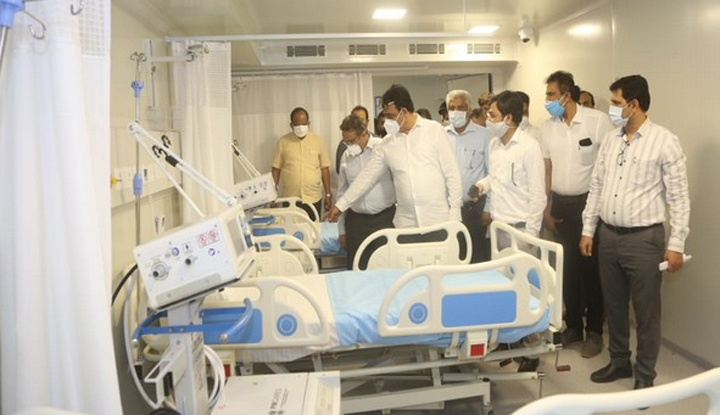 "The new unit comprises of an ICU with 50 beds which have been made using of containers of goods vehicles and ships, and a remote ICU of 50 beds set up in the IPP building located in the hospital premises," Narayana said during his visit to the hospital to inspect the units.

A Bengaluru based company known for developing surgery units and clean rooms has developed this modular ICU.

"This modular ICU unit has been established with the funds generously donated by 11 donors. This set up would help to resolve the shortage of ICU systems of the hospital. Liquid oxygen has been facilitated to all the patients who will be put on ventilators. State of the art monitors will also be installed on each ventilator, now that the government has also given its approval," he added.

Calling it a 'novel' concept, the Deputy chief minister further said that each ICU could be easily carried from one place to another and the maintenance of the unit was easy and adaptable to any sort of climate.

"This has oxygen supply and air condition facilities along with a camera and other features that are essential to enable online treatment. This also includes pure air, sewage, and water facilities. This novel concept of creating an ICU by making use of the containers is in itself a very innovative idea. This ICU module is a testimony to the creativity of our researchers and experts". 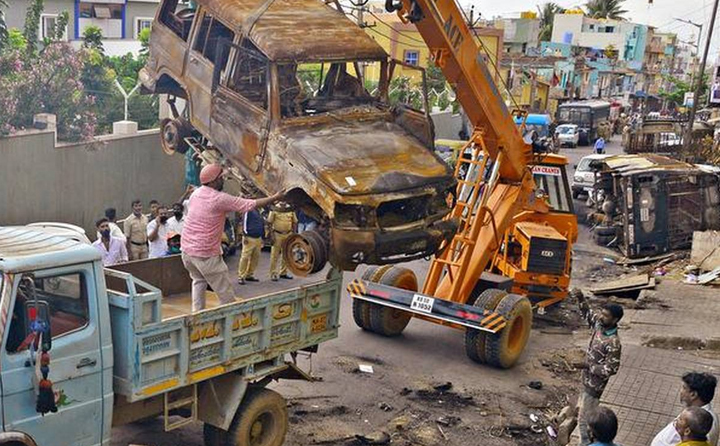 The clergymen, led by Ameer-E-Shariat Karnataka, Moulana Sageer Ahmed, submitted a memorandum to the CM and strongly appealed that the state government should also act resiliently on those tried to spread communal hate by posting indecent messages on social media sites.

Speaking to IANS, Maulana Maqsood Imran Rashadi, Imam, Jama Masjid, appealed the state government to take steps to releases innocent Muslim accused, who have been booked in this case.

“The police have picked more than 300 people till date for their alleged role in the D.J. Hall violence, but in reality, there are many innocents too who have been picked up. At least they must be let off is our primary demand,” he expaliend.

The memorandum stated that the main idea of seeking an independent judicial commission is to know the real truth as to who instigated P. Naveen, nephew of Congress MLA Srinivasamurthy, to post such posts on social media.

According to the memorandum, the community strongly suspects this entire episode is orchestrated by someone who is hiding behind Naveen, who wanted to disturb the communal peace in the state.

The memorandum further added that the state government’s decision to invoke draconian Unlawful Activates (Prevention) Act (UAPA). “Invocation of such draconian law would ruin the entire life of innocents, hence the state should not invoke this act in a hurried manner,” it read.

The note also added that the state government should take stringent action against all those spreading religious hate using social media platforms.

It may be recalled that the violence began after religious sentiments were offended following an objectionable post on Facebook, by P. Naveen.

Earlier, he had hailed the Bhumi Pujan in Ayodhya as a victory for Hindus. He is the nephew of Congress MLA from Pulakeshinagar, Akhanda Srinivasa Murthy. Murthy, a Dalit leader, had defected from the JD(S) to Congress before the last poll and won it too at the chagrin of the Congress bigwigs who had been eying the seat.

In this incident, the legislator’s house was torched by rioters and in a bid to quell the rioters, the police opened fire in which three people lost their lives.A The police then swooped down and arrested more than 300 persons so far in this connection.