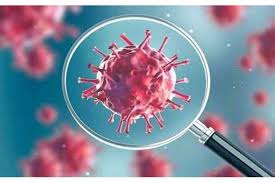 Of the new cases, 333 are local returnees, comprising 88 per cent of the new infections. Returnees from Maharashtra accounted for 99 per cent new cases at 329.

Majority infections in Karnataka nowadays are returnees, mostly from the state''s northern neighbour. Only 27 new infections were contacts of earlier cases.

Among the new cases, three patients from Bengaluru Urban are suffering from Influenza Like Illness (ILI) and another from Severe Acute Respiratory Infection (SARI).

There were seven cases with international travel history to United Arab Emirates (UAE) and one to Turkey.

Meanwhile, 280 people were discharged in the past 24 hours and two persons succumbed to the virus, one from Bidar and another from Vijayapura. Of all the cases, 3,184 are active, 1,968 discharged, 59 dead and 11 in the ICU.

Bengaluru Urban has accounted for 13 deaths, followed by Kalaburagi (7), Bidar, Vijayapura, Davangere and Dakshina Kannada (6 each) and Chikkaballapura (3 each), among others.