Bengaluru, Oct 26: Karnataka government and State Wakf Board have issued guidelines for celebrations of Eid Milad across the State in the backdrop of Covid pandemic.

A Wakf Board official Razia Sultana, said in the wake of the Eid Milad festival on October 30, the government has decided to strictly enforce the covid-19 protocol following rapid spread of infection in the State. The Muslim community should celebrate the Eid Milad festival in accordance with the directives of the state government and the guidelines of the Karnataka State Waqf Board.

In the wake of the outbreak of the epidemic, all the mosques and Wakf institutions of the Bangalore city and district have been compelled to adhere to the government guidelines.

It is strictly forbidden that any kind of mass procession, which is to be held at this time of the Eid Milad festival throughout the state, is held in one of the open spaces.

Day and night discourse / cultural gatherings of any kind in Mohallas are strictly prohibited.

Maintaining physical distance in mosques, dargahs through adequate precautions with social distance and covid-19 etiquette. The use of a loudspeaker digital sound system in public areas is prohibited. Masks are mandatory for everyone. Senior citizens over the age of 60 and children under the age of 10 celebrated the feast at home.

Proper arrangement of hand washing with sanitizer and soap at the entrances is mandatory for all to maintain a physical distance of 6 feet. 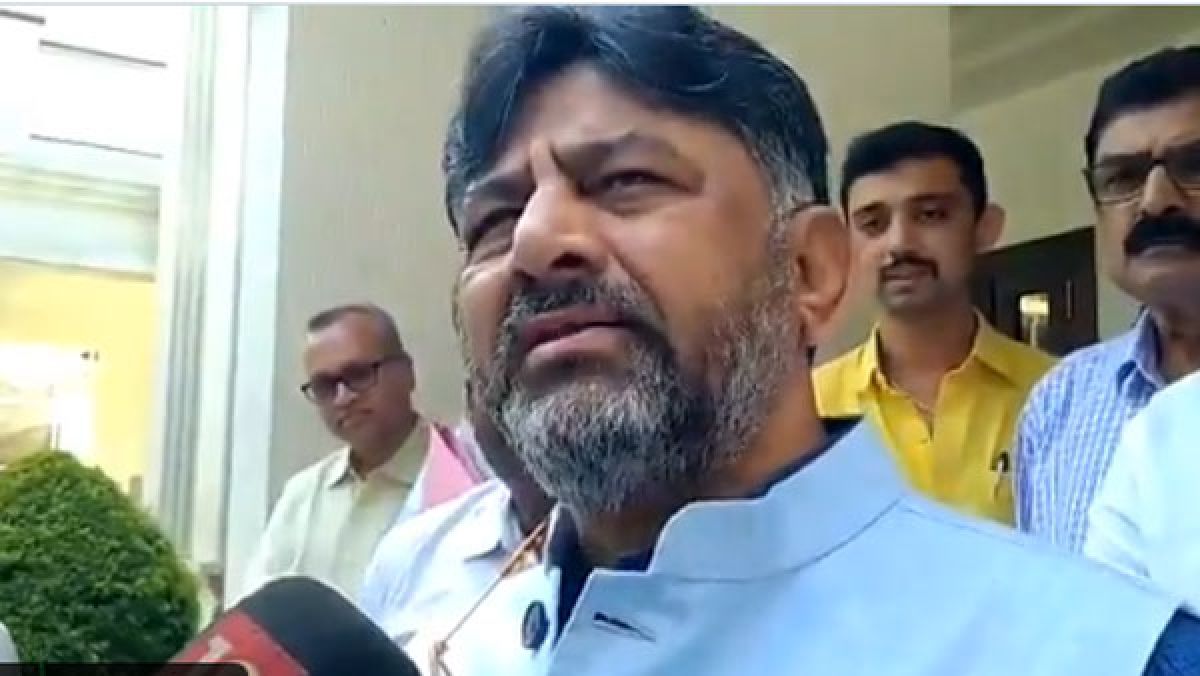 Bengaluru, Nov 21: Karnataka Pradesh Congress Committee (KPCC) President DK Shivakumar said on Saturday that the CBI has summoned him to appear before it on November 23 in connection with a disproportionate assets case filed against him.

It’s true that I have received the summons,” Shivakumar told newsmen here.

“On November 19, the CBI officers came home, but nobody was there due to a personal event we were attending. The next morning, I came home and they gave me the summons. They’ve asked me to come on November 23,” he added.

Shivakumar said that he had requested the agency for permission to appear on November 25 instead of November 23. “Starting November 22, I’m travelling to Hospet (Ballari), Maski (Raichur) and then Basavakalyan (Bidar),” he added.

On October 5, the CBI raided 14 locations across Bengaluru, Delhi and Mumbai that were linked to Shivakumar in connection with alleged corruption cases against him.

In a statement, the CBI said it had booked the former minister for allegedly possessing disproportionate assets worth Rs 74 crore.

The CBI’s raids were preceded by a preliminary inquiry registered in March 2020, when Shivakumar was appointed as the KPCC President. 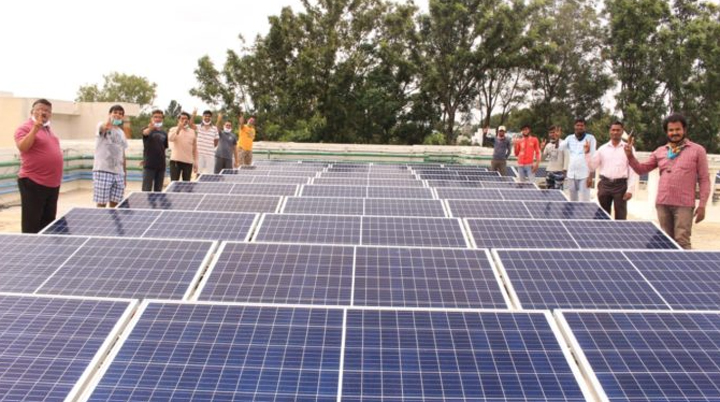 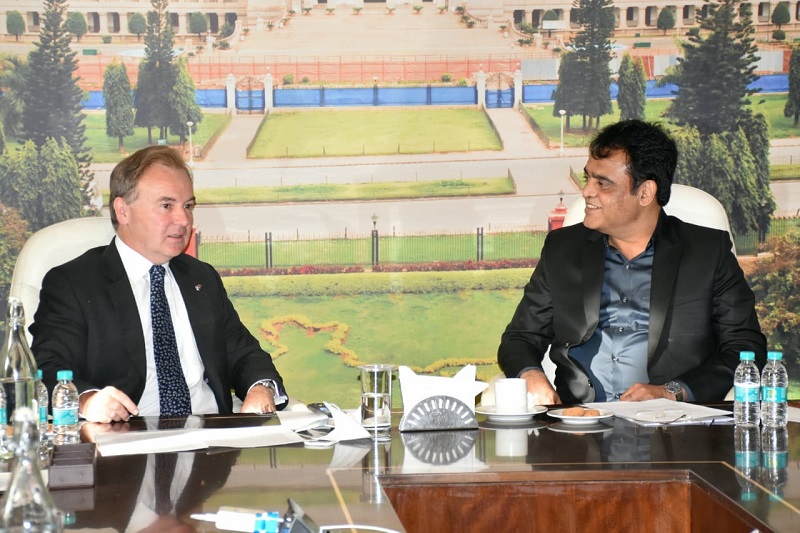 Speaking at the ongoing Bengaluru Tech Summit 2020, he said that it is interesting to note that Karnataka is leading the green initiative in India with more EVs on the road, more charging stations and moving towards green energy.

“We have initiated more partnerships with the Karnataka government, especially for electric vehicle ecosystem building and also reducing pollution. We're also doing a green fund for more investment in the tech startup in climate change and green energy", she added.

“We don't have to scale up to green-tech, but at an industrial level, but at an individual level too and a cleaner development path. Green-tech also helps us have a sustainable and prosperous future", she said.

Commenting on the UK's initiative, she said during fiscal 2020 the country has halved emission and made sense economically. Besides planning to hold the UN Climate Change Conference in 2026, she also highlighted the UK's continuing action and cooperation with India.

Speaking at a panel discussion, Karnataka Deputy Chief Minister C N Ashwathnarayan said Karnataka is recognized as the 'Startup Capital' and 'Innovation Capital' of the nation and the home of the Silicon Valley of India, Bengaluru.

“Karnataka is the undisputed leader in the country in sectors such as Information Technology, Machine Tools, Aerospace, Biotechnology, Electric Vehicles, and Electronics. I am delighted to say that Karnataka has also launched a number of initiatives aimed at promoting and increasing the use of green technology, ” he added.

The Minister highlighted the fact that Karnataka was the first state in India to introduce an electric vehicle policy to a battery-run green vehicle.

“The state is aiming for 100 per cent electric mobility in certain vehicle segments. Our capital city, Bengaluru, is home to e-mobility startups like AtherEnergy, SUN Mobility, NDS Eco Motors, Yulu and Mahindra Electric.”

He said that Pavagada Solar Park, developed in the Tumkur district is the largest solar park in the world and aims to shift its focus from conventional power resources to eco-friendly energy resources.

“The UK is one of our most important GIA partners, and we are indeed delighted to see our relationship strengthening over the years. The UK has been known for its startup and innovation strengths and achievements in Artificial Intelligence, Fintech, Regulatory Sandbox and Creative Tech among others. Karnataka and the UK will continue to work together to strengthen and grow our partnership", he added.

“Creative Tech, Data Science and AI and Regulatory Sandboxes will be the UK counterparts for Karnataka to work together for a few areas. I would like a successful session for the UK and looking forward to further strengthening our partnerships,” he added.

UK Minister of State, Foreign, Commonwealth and Development Office Lord Tariq Ahmad said, the impact of the global recovery on economies of scale is Covid-19, and this is the time to look to the future.

“We must take the opportunity and build back to create a world that is green, clean and sustainable. COP26 at the Global Action Plan to Mobilize India is the lead by example for both of us,” said Lord Tariq Ahmad of Wimbledon.

Speaking at the debate, Deputy High Commissioner Karnataka & Kerala Jeremy Pilmore-Bedford said the application of green technology is at the heart of the UK's ambition to build back from the current Covid crisis.

"The UK and India will be key to addressing climate change issues and safeguarding the future of the planet," said Jeremy Pilmore-Bedford.