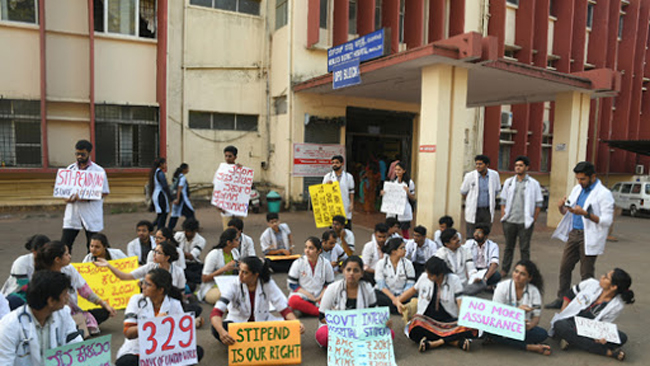 Mangaluru, Feb 12: As many as 54 house surgeons from Kasturba Medical College (KMC) staged a protest near the casualty of the Wenlock Hospital on Wednesday over over non-payment of monthly stipend.

House surgeons, who have studied MBBS under the government quota, have not received their stipend from last 11 months. They have to get a monthly stipend of Rs 20,000 during their one-year internship at the government hospital.

The protesting house surgeons alleged that their stipends have not been released despite Chief Minister BS Yediyurappa’s written order dated December 24.