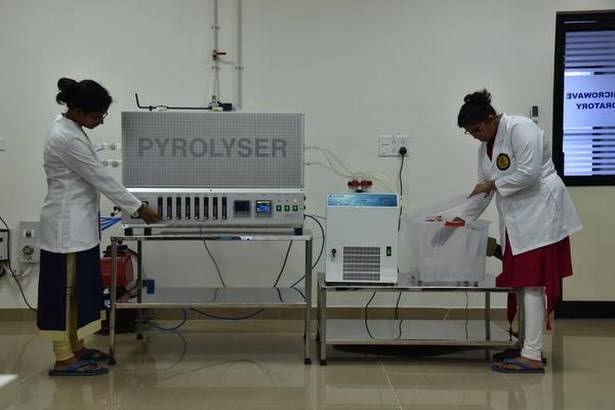 Mangaluru, Oct 22: The Centre for Advanced Research in Environmental Radioactivity (CARER) at Mangalore University has established a facility for Carbon-14 courting of archaeological artefacts or materials of biogenic origin primarily based on Liquid Scintillation Counting approach.

Carbon-14 courting is a technique for figuring out the age of an object containing natural materials by utilizing the properties of radiocarbon, a radioactive isotope of carbon. The methodology was developed within the late 1940s at the University of Chicago by Willard Libby, who won the Nobel Prize in Chemistry for this work in 1960.

Measuring the quantity of Carbon-14 in a pattern from a useless plant or animal, equivalent to a bit of wooden or a fraction of bone, offers data that can be utilized to calculate when the animal or plant died, according to a release by the University on Thursday.

This facility has been established with financial assistance by the Board of Research in Nuclear Sciences (BRNS), Department of Atomic Energy (DAE). Through an analysis challenge sanctioned and in collaboration with Bhabha Atomic Research Centre (BARC), Mumbai, the CARER had undertaken a research for standardising the strategy for Carbon-14 measurements within the neighborhood of nuclear energy vegetation.

A staff of scientists led by N Karunakara, a professor and coordinator, CARER, in collaboration with BARC has standardised a batch methodology for the thermal combustion of the samples by tube furnace system for Carbon-14 measurements. The spin-off utility of this methodology is its utility for figuring out the age of the fabric as much as 30,000 years outdated, the discharge issued by Ok. Raju Mogaveera, Registrar (Administration), stated.

The CARER with state-of-the-art services has been established by the college as a nationwide facility. This is a complicated centre for radioecological and radiation safety analysis within the nation with collaborations with many superior laboratories of the world. The centre is serving the analysis wants of varied analysis teams from nationwide laboratories/establishments/universities. 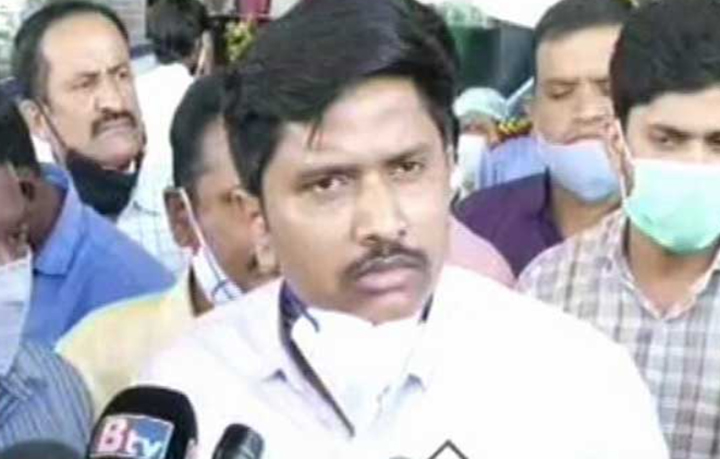 Bengaluru, Nov 30: Chief Minister BS Yediyurappa’s political secretary NR Santhosh got discharged from the hospital Monday, denying that he had attempted suicide. Santhosh, 31, was hospitalized last Friday evening allegedly due to an overdose of sleeping pills.

“Three days ago, there was a personal, family event. It was my cousin brother’s marriage. There, I suffered from food indigestion. I ended up taking a different medicine and due to an overdose, I got drowsy. My wife rushed me to the hospital. This was just a mistake,” Santhosh told reporters.

“I do have the habit of taking sleeping tablets. I usually take 0.2 mg and I should’ve consumed a half tablet. Instead, I took a full one that made me drowsy,” he said.

At one point, Santhosh refuted the police FIR and the hospital’s information that he had consumed 12 sleeping pills.

“I’ve seen the FIR. Where does it say 12 tablets,” he asked. When reporters showed the FIR copy, Santhosh clarified: “FIR means ‘first information received’. Once I gained consciousness, I gave the right answer.”

“I am not depressed. I have strong will power. The wrestling ring in which I grew up will keep me strong for the next fifty years,” he said.

Hitting out at Congress president DK Shivakumar for claiming that a video was behind Santhosh’s suspected suicide, he said: “It’s not the first time Shivakumar has spoken like this. Earlier, he claimed I had some diary. Maybe he has lost his mind after the Rajarajeshwarinagar bypoll defeat. He should get admitted to a hospital or take a break.”

Threatening Shivakumar with protest, Santhosh said that he would mobilize a lakh people in Bengaluru if anything bad was spoken against Yediyurappa. 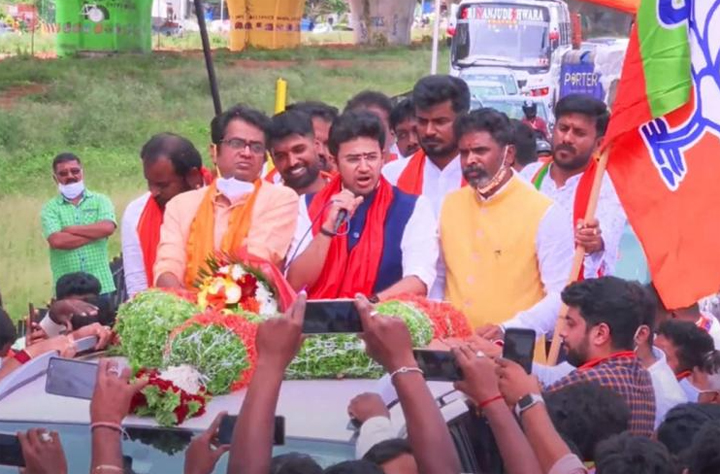