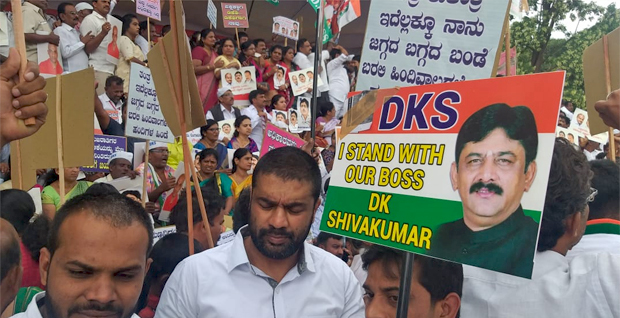 Benglauru, Sept 11: Thousands of protesters belonging to Congress and Vokkaliga organisations have intensified their protests and demonstrations against the arrest of Karnataka politics stalwart DK Shivakumar.

Several parts of Bengaluru city came to a standstill after protesters gathered at the National College Ground and marched to Freedom Park. Bengaluru Traffic Police has issued an advisory and made traffic diversions for commuters.

Congress workers and protesters from various Vokkaliga organisations reached Bengaluru city on Wednesday morning to join the demonstrations with placards and posters in hand.

The protesters have come from different districts of Karnataka. The large group of protesters was to march to the Raj Bhawan to protest against Shivakumar's arrest in a money laundering case on September 3.

Moments after his arrest, Shivakumar wrote on Twitter, "I wholeheartedly thank leaders, supporters, well-wishers and friends who have organised a massive protest in my support tomorrow in Bengaluru. I humbly request that the protest be peaceful & doesn't cause any inconvenience to citizens. Please ensure public property isn't harmed."

Shops and business establishments by and large were closed in response to the bandh called by the local unit of the Congress and supported by its alliance partner in the previous coalition government - the JD(S). 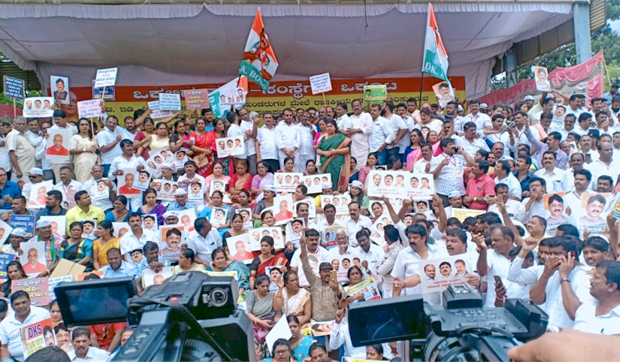 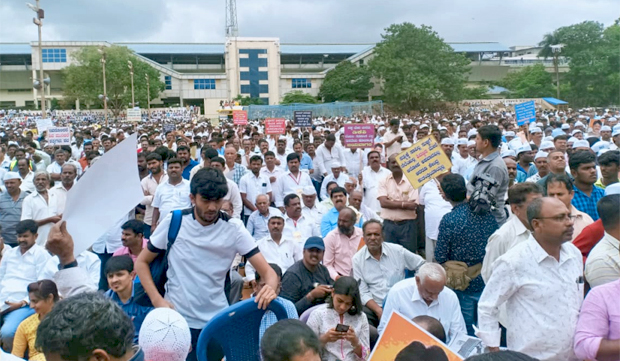 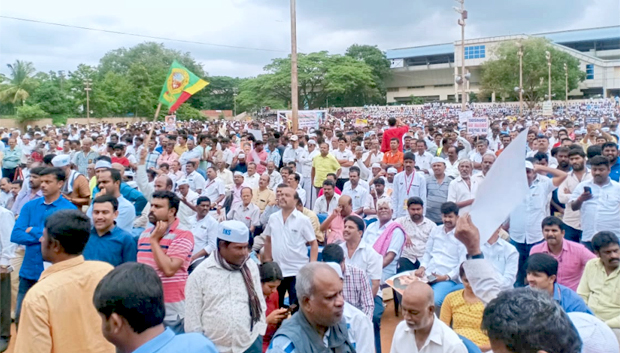