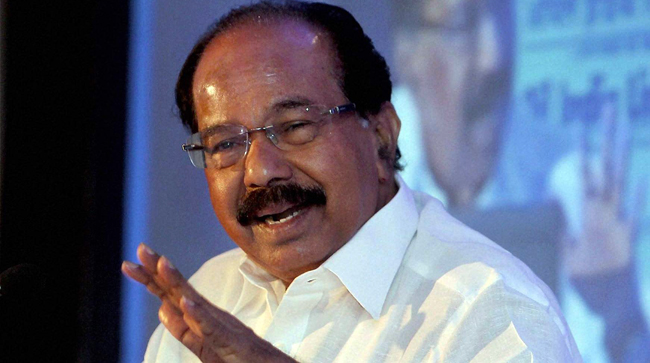 New Delhi, Sep 20: Senior Congress leader M Veerappa Moily on Friday hit out at the government over the proposed "corporatisation" of railway units, saying such a move would be "ill-advised" as they have been performing well.

The former Union minister claimed that according to a document prepared by the Railway Board, Indian Railways will conduct a detailed study of seven of its production units -- Chittaranjan Locomotive Works in West Bengal, Integral Coach Factory in Chennai, Rail Coach Factory in Kapurthala, Diesel Mordernisation Works in Varanasi, Wheel and Axle Plant in Bangalore, and Modern Coach Factory in Rae Bareli.

"It's an ill-advised move because the seven production units have been performing well. These are all public assets built with tax payers' money. More importantly they were doing a good job, both in quantitative and qualitative terms," Moily said in a statement.

"Rail Wheel Factory, Bangalore was originally known as Wheel and Axle Plant... It is a state of the art plant, meeting bulk of the requirement of wheels, axles and wheel sets for the Indian Railways. The spare capacity available is profitably utilised to meet the domestic demands for non-railway customers and exports," Moily said.

In these days of public sector's failing for various reasons, the industrial sectors given on the regional basis have sustained their units till today, he said.

Corporatisation may destabilise the administration and deteriorate the quality of personal attention, he said.

"Hence the government may desist from corporatisation of Rail Wheel Factory Yelahanka (Bangalore) in the best interest of the nation," he said.