Newsroom, Oct 13: Officers from the National Investigation Agency (NIA) are conducting searches at the houses of suspected Maoist sympathisers across south India. Sources said many houses were raided as part of operations conducted in 20 locations across Karnataka, Kerala and Tamil Nadu.

Searches were carried out in five locations across Chikkamagaluru, Udupi and Shivamogga districts of Karnataka. In neighbouring Kerala, raids were held at Kannur, Wayanad and Thrissur. In Tamil Nadu, searches were held at Chennai, Theni, Salem, Kanniyakumari, Krishnagiri and Ramanathapuram.

The case pertains to the celebration held to mark CPI (Maoist) formation day in the forest near Nilambur in September 2016. NIA took over the case filed by Edakkara police in September 2017.

According to Coimbatore police, who were part of the operation, searches were conducted in the house of Dinesh, a dentist in Puliyakulam, who was arrested by Kerala Anti-Terror Squad (ATS) on February 4. The NIA also searched the residence of Danish alias Krishna near Sungam in Ramanathapuram. Danish was arrested in Attapadi in 2018 and charged under the UAPA Act in 13 cases in Kerala. Dinesh and Danish are jailed in Kerala.

NIA listed 19 accused in the case, including Danish and Santhosh of TN. Three others were killed in encounters. Digital devices recovered from the suspects’  premises, said a press release.

Bengaluru, Oct 2: Chief Minister Basavaraj Bommai said on Saturday families committing suicide post Covid was a matter of concern and said suicide was not a solution to any temporary problem.

His reaction came as a woman with her two children in the city outskirts ended her life on Friday a year after the death of her husband, who was a state-owned Bangalore Metropolitan Transport Corporation employee, due to coronavirus.

A few other instances have also taken place where some family members ended their lives due to financial stress post Covid-19 lockdown.

"It (suicide) is a matter of concern for everyone. We need to stop people from committing suicide due to stress and various other reasons.. society and the government should think over it...People have to come together to help each other in difficult times," the Chief Minister said.

He added that problems are temporary, for which suicide is not a solution.

There will always be a solution to the problem, he opined. "Joy and sorrow are part of our life. We should calm ourselves and we must perceive victory and defeat and joy and sorrow as temporary," Bommai said.

According to him, there are many reasons behind suicide including social, economic and personal. He said people take extreme steps in depression and it should be prevented.

Sir I'm from mangalore. Some people are edited my private photos and uploading in social media, Facebook and YouTube. Kindly help

The injured Rajesh (45) from Panjimogaru has suffered three stab injuries on his hip, waist and ribs, said City Police Commissioner N Shashi Kumar. He is out of danger.

The injured is undergoing treatment at a private hospital in Mangaluru. The miscreants reportedly fled after the attack.

The incident occurred when he was returning home after work from Kottara as per routine. The reason for the attack is not known.

A case has been registered. Police have launched a hunt to nab the miscreants. 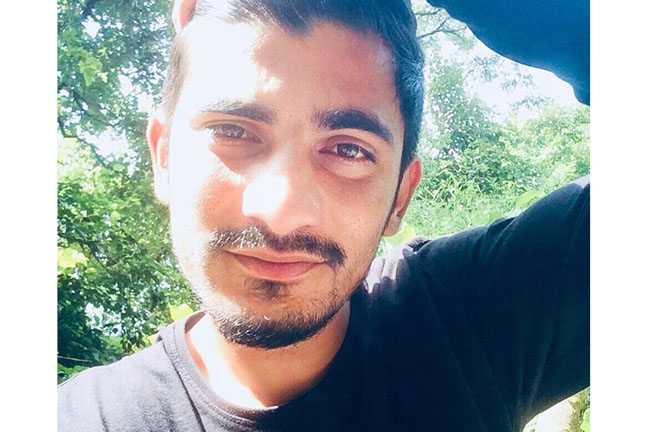 The Ram Sene leader, Pundalik Maharaj, was a suspect from the time Mulla's family accused him of having threatened the youth over a period of six months. Another Sri Ram Sene leader, Prashant Kallappa is also arrested. Also arrested are the parents of the woman with whom Mulla was in an alleged relationship.

On the day of the murder, Mulla was called from Belagavi to Khanapur. "He was murdered near the railway track. Then the body was thrown on the railway track to make it appear like a train accident or suicide attempt," Superintendent of Police Laxman Nimbargi said at a press conference held on Friday.

The police confirmed that Arbaz Mulla was in love with a Hindu woman. Even after the deceased shifted from Khanapur to Belagavi, "the relationship continued". Two days before the murder, there was a meeting between some mediators and the families of the two.

"Even after the mediation had reached a settlement, the murder happened on 28 September," the SP said.

Answering a question about the murder being communal, the SP said, "Yes that is a party of the investigation".

Mulla was in a relationship with a woman, who was his neighbour. He was a resident of Belagavi even though he used to stay at Khanapur till six months ago.

Members of Sri Ram Sene had threatened him of dire consequences event three days before his death, the family had alleged. Mulla had gone missing on September 28 and his body was found on a railway track near Khanapur, Belagavi. He was a used cars salesman.