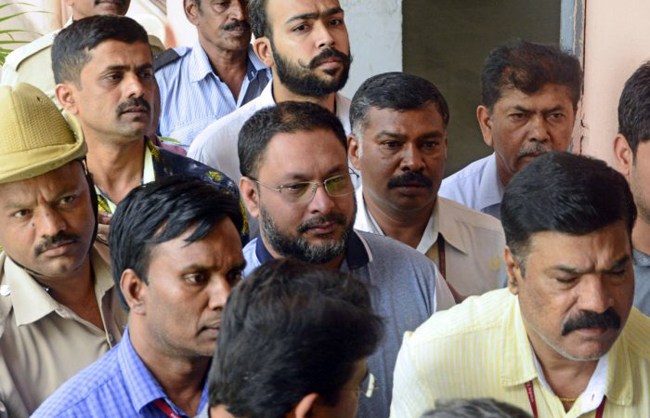 Bengaluru, Sept 9: The Central Bureau of Investigation (CBI) has filed a charge sheet against Mansoor Khan and others in the alleged multi-crore IMA ponzi scam case.

The charge sheet was filed by the investigating agency on September 7. After taking over the case on September 2, the agency filed an FIR against Khan and 25 persons in the case.

The scam came to light in June this year after the prime accused and IMA's Managing Director Khan fled the country, leaving behind a video message, in which he threatened to commit suicide due to alleged 'harassment' by some politicians and goons.

Last month, the Karnataka government had transferred the case to the agency.

In July, Khan was arrested on his arrival from Dubai after a Special Investigation Team (SIT) probing the scam located and persuaded him to come to India and submit before the law. Following this, he was sent to the judicial custody.