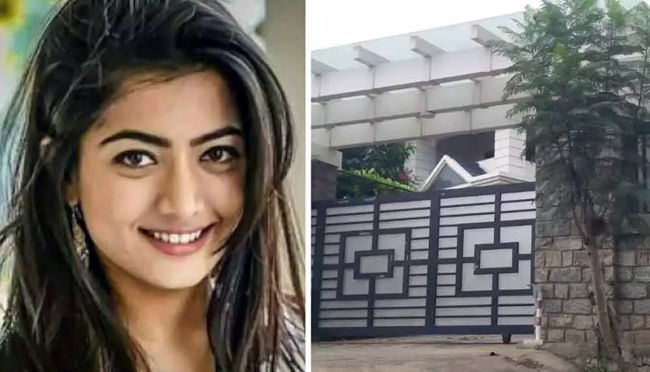 Mysuru, Jan 21: South Indian actor Rashmika Mandanna, whose house was raided recently by IT sleuths, appeared for an inquiry along with her father Mr Madan Mandanna, here on Tuesday.

She arrived at the office of Principal Commissioner for IT, at Nazarbad, in the city. She was accompanied by nine persons, including auditors and accountants, who carried two backpacks and a kitbag.

Mr Madan mandanna said, "the IT officials have sought some documents and we are here to submit them."