Retail trade is not a problem but wholesale is: Siddaramaiah on BJP buying MLAs

Bengaluru, Jul 23: Taking a jibe at the politics of defections in karnataka, senior Congress leader Siddaramaiah on Tuesday said retail 'trade is not a problem but wholesale is'. 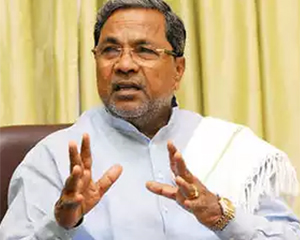 "This wholesale trade is a problem. If there is retail trade of one or two members it's not a problem. The MLAs who have gone have indulged in wholesale trade," he said participating in the debate on the confidence motion moved by Chief Minister H D Kumaraswamy.

"They (BJP) are at 105. They needed 8 more to have majority but they decided on 15 (rebels). I do not think the people of Karnataka will accept this undemocratic procedure," he said.

"The intention of the lawmakers behind the Tenth Schedule was to put an end to this disease of defection. Where are we headed? Should it be the reason for this disease coming back? This has to be discussed by the people of this country whether they should stop this disease or let it go on. No democratically-elected government can survive if this continues," he said.

Hitting out at Yeddyurappa, the Congress leader said even if he forms government, he will not last for six months or year adding that if he believes he can come to power by killing democracy then it is a delusion.

"Even their (BJP) government will not be formed. Yeddyurappa you cannot last for 6 months or a year like this. What happened in 2008? Did your MLAs allow you to be CM for five years? They got 9 MLAs from operation lotus and 6 independents. What happened then?" he said.

He said he was hurt that Karnataka, which has its own independent history, should be ashamed of the developments as there was no space here for principled politics.

Siddaramaiah said minister Krishna Byregowda has explained how Yeddyurappa and others were involved in the horse-trading of MLAs.

"Why can't you (Yeddyurappa) admit it publicly? Tell me who doesn't know? 99 per cent people of the state know that BJP is indulging in horse-trading," he said.

"An audio clip of Yeddyurappa came. I appreciate him because he admitted that the voice was his but the content was doctored. When he has admitted it is his voice, what more is required? Poor thing, he admitted it was his voice," he added.

The 13-month-old Congress-JDS government slumped into a minority earlier this month following the resignations of 16 dissident MLAs from the Assembly.

The Assembly has 225 members, including one nominated MLA. The halfway mark in the House is 113.

Retail trade is not a problem but wholesale is: Siddaramaiah on BJP buying MLAs