Bengaluru, Oct 24: A doctor taking the Covid test of vehicle users not wearing masks was assaulted by two riders in North Bengaluru on Thursday, police said. The doctor initially filed a police complaint but forgave the riders after they apologised.

Doctors from an urban primary health centre were posted near Kodigehalli Circle to subject riders not wearing masks or maintaining social distance to Covid tests.

One doctor stopped two men riding a scooter without wearing masks and asked them to take the Covid test.

The duo, however, refused to take the test and picked an argument with him. Another man soon joined them, and they all allegedly abused and assaulted the doctor.

Other healthcare workers and policemen rushed to the doctor’s rescue. The three men were subsequently taken to the police station. While the doctor filed a police complaint, the scooter rider and his friends apologised to him, saying they didn’t know that they were Covid warriors. The doctor forgave them and withdrew the complaint.

The doctor said that he forgave the youngsters because he didn’t want to spoil their future. Police have, however, asked the riders to join the doctors’ team in the Covid work for a day as a “punishment”, an officer said.

Mangaluru: GIO unleashes ‘Art-Rage’ to mark the day for elimination of violence against women 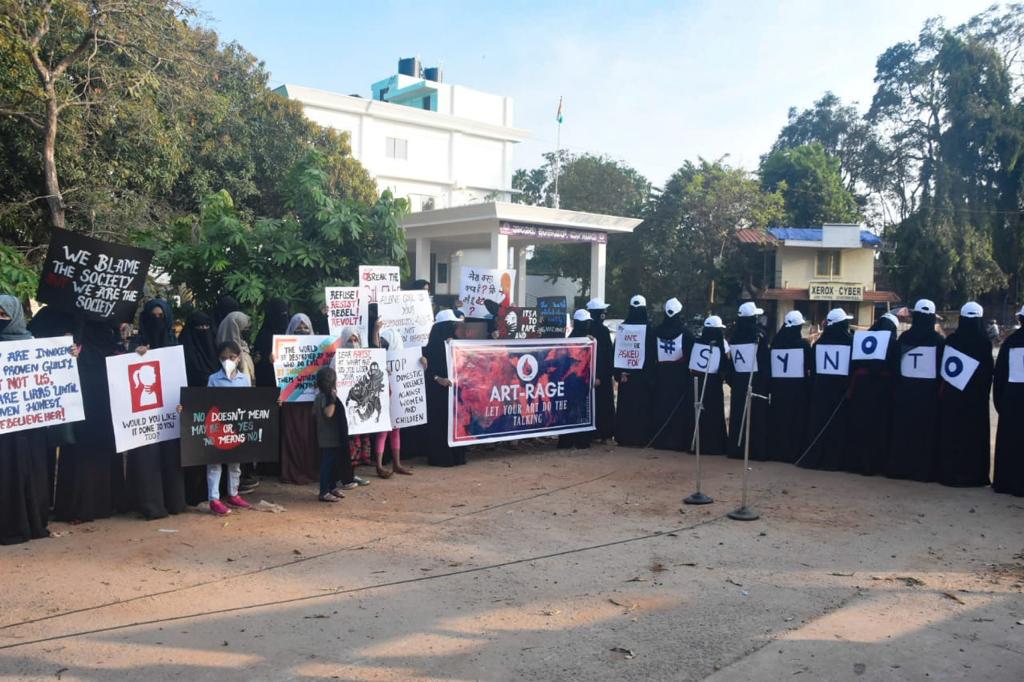 Mangaluru, Nov 26: On account of International Day for the Elimination of Violence against Women, the cadre of Girls Islamic Organisation, Mangaluru Unit, staged an awareness program near Clock Tower, Hampankatta, on the 25th of November, under the theme "ART RAGE - Where Art meets Revolution."

The program was inaugurated by Police Inspector Revathi, Mrs. Shobhana, who served as a Lecturer in School of Social Work, Roshni Nilaya, Sister Umaira Banu, the State President of GIO Karnataka and Mrs. Sameena Afshan, the President of JIH Women's Wing, Mangaluru.

The program began with sloganeering and continued with a flash mob. In between there were poetry recitals in 3 different languages under the same theme.

Mrs. Shobana addressed the issues of patriarchy in Indian Families and how women need to break free and rise above all atrocities and evil. The concluding address was given by our State President, Sister Umaira Banu, who spoke about the increase in domestic violence during the pandemic and also encouraged women to come forward and raise their voices against the heinous evil acts that have been taking place in the society.

Mafazah Sharafuddein, a student of Journalism, beautifully portrayed a live art of a woman breaking free from shackles and reaching towards a ray of hope. The crowd dispersed after a group song titled "Bekhauff". Around 60 people witnessed this event and it was also telecasted live. 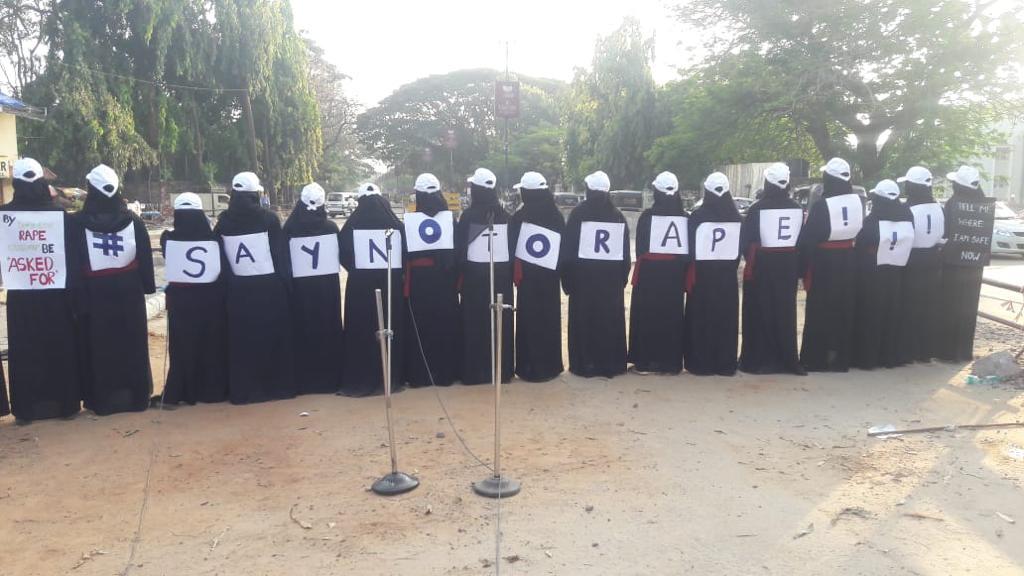 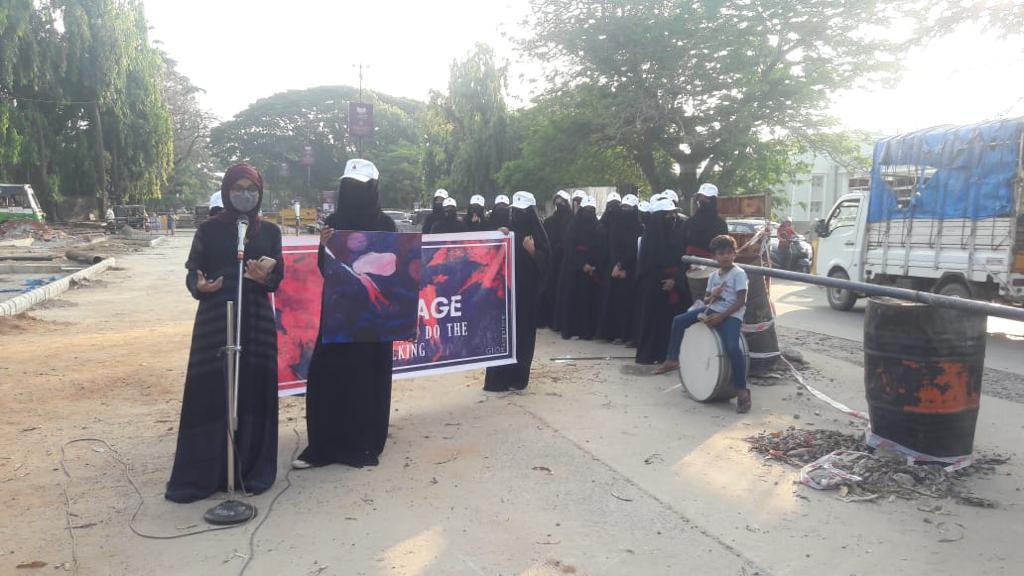 Mysore, Nov 19: A 58-year-old man was trampled to death while his wife sustained injuries when a wild elephant attacked them at Nettakallahundu village in H D Kote taluk in the district on Thursday morning.

Police said that the deceased has been identified as Chinnappa while his wife seriously injured was admitted to H D Kote Government Hospital.

The elephant also damaged two houses in the village.

Bechanhalli police visited the spot and a case has been registered.

Meanwhile forest officials, who visited the spot, assured payment of compensation as per law to the family members.

‘Provide free covid-19 vaccines for all in Karnataka, compensation for victims from BPL families’ 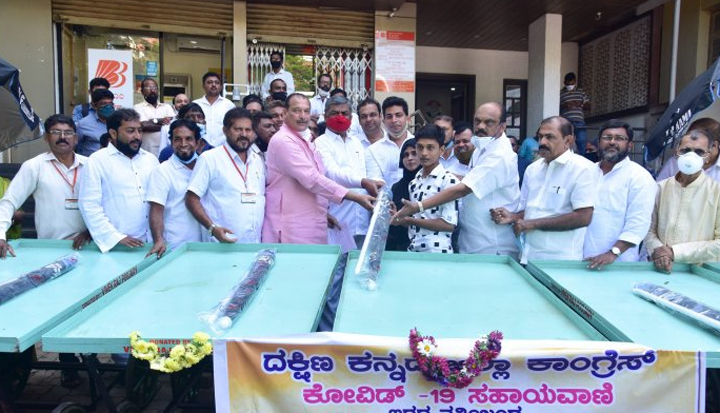 He said that vaccines should be administered to all without any discrimination after administering it to coronavirus warriors first, before adding that the BJP-led state government should provide Rs 5 lakh compensation from the Chief Minister’s relief fund to BPL families who succumbed to Covid-19 infection.

"Dakshina Kannada has reported 705 Covid-19 fatalities, of which a majority of them hail from BPL. Already, the government has raised funds in the name of relief. It is not difficult for the government to pay compensation," he said.

He accused that the government of not making any preparations to tackle second wave of Covid-19 pandemic. "The government should conduct free Covid-19 tests in all the nine labs in the district," he said.