Feb 28: The Supreme Court on Friday granted more time to the Central Bureau of Investigation (CBI) to file a counter affidavit on a petition filed by Karnataka BJP leader and mining baron Gali Janardhana Reddy seeking permanent relaxation on his bail condition to allow him to visit Karnataka's Bellari and Kadapa in Andhra Pradesh. 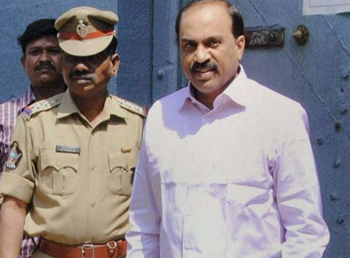 A bench of Justices Arun Mishra and Indira Banerjee listed the matter for further hearing on March 16 after the CBI sought more time to do file the counter affidavit.

Earlier, the apex court had issued a notice to the CBI and sought its response on the plea.

Last year, the Court had allowed Reddy to visit the Ballari district for a period of two weeks to meet his father-in-law, who the petitioner claimed had suffered a stroke and also allowed him to move a bail modification application seeking permanent relaxation of his bail condition.

In January 2015, the Supreme Court had granted bail to Reddy in an illegal mining case involving Obulapuram Mining Company (OMC) on the condition that he will not visit any of the mining zones in Karnataka or Andhra Pradesh.

By the time he was granted bail, Reddy had already spent over three years in prison.

Reddy and his brother-in-law BV Srinivas Reddy, who was the Managing Director of OMC, were arrested by the CBI on September 5, 2011.