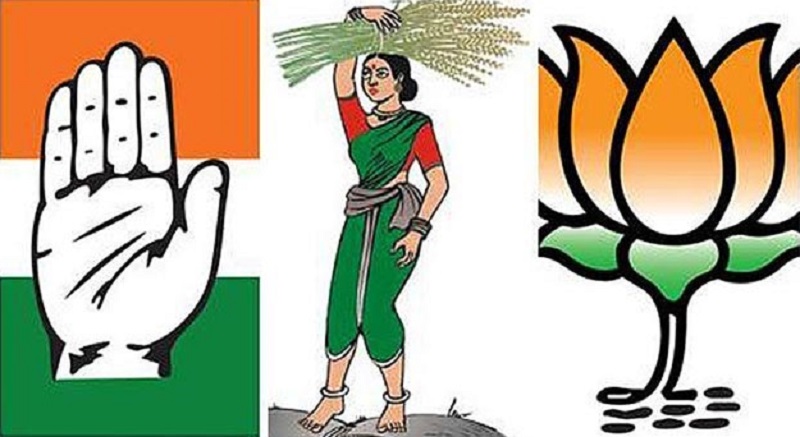 Bengaluru, Sept 29: Stakes will be high for the ruling BJP and Opposition Congress and JDS in the November 3 byelections to two assembly segments in Karnataka, announced by the Election Commission on Tuesday.

The outcome would be seen in many quarters as a reflection on the performance of the B S Yediyurappa government, especially during the Covid-19 pandemic, while the opposition parties would be keen to strike after the December 2019 bypolls in which the BJP had triumphed.

As per the EC's schedule, the election notification for the bypolls in Sira in Tumakuru district and Rajarajeshwari Nagar in the city will be issued on October 9, the last date for the filing of nomination is October 16 and the scrutiny will take place on the next day.

The last day for withdrawal of nomination is October 19, and the counting of votes will take place on November 10.

The bypolls had been necessitated in Sira following the death of B Sathyanarayana (JDS) last month, while the Rajarajeshwari Nagar seat fell vacant following the disqualification of Congress MLA N Munirathna under the anti-defection law last year. Munirathna is now with the BJP, which will be aiming to bag both the seats.

Stakes will be more for Chief Minister B S Yediyurappa amid intense speculation that BJP high command is mulling leadership change considering his age.

The 77-year-old leader during his reply to the debate on the no-confidence against his government in the assembly last week had declared that his party will win the bypolls, as he hit out at the opposition Congress for levelling allegations of corruption and misrule against his administration.

For Congress and JDS, too, the bypolls are crucial as they are keen on retaining the Rajarajesjwari Nagar and the Sira seats which they had won respectively in the 2018 assembly polls, and will be focusing on gaining an additional seat.

It is also equally significant for state Congress President D K Shivakumar and JDS leader and former chief minister H D Kumaraswamy to assert their command over the Vokkaliga vote bank in the old Mysuru region. Vokkaligas have considerable presence in both the seats.

Within the Congress too, winning both seats will be important for Shivakumar in consolidating his position.

Congress has already announced that it will be fielding former Minister T B Jayachandra as party candidate from Sira. Jayachandra had represented the constituency twice in 2008 and 2013, by defeating JDS' B Sathyanarayana, who in turn had trounced him in the 2018 assembly polls.

Congress and JDS are traditional rivals for the seat, which the BJP has never won. If the BJP fields a strong candidate, Sira bypolls is likely to see a three-cornered contest. According to JDS sources, the party is likely to name a family member of late MLA Sathyanarayana, eyeing sympathy votes. BJP, which is confident after winning K R Pet assembly seat in Mandya during December 2019 bypolls, is now working at making inroads in the old Mysuru region, where the party had been weak. It is now keen on increasing its tally in the region by winning Sira.

Yediyurappa's son and state BJP Vice President B Y Vijayendra, who played a key role in winning K R Pet, will be camping in the Sira constituency, party sources said.

Bypolls for Rajarajeshwari Nagar will also be significant as the ruling BJP is likely to give ticket to Munirathna, keeping up its promise to field disqualified Congress-JDS legislators who had played a key role in the party coming to power.

According to sources, several local BJP leaders are opposed to Munirathna, as the party had bitterly contested against him and had even accused him of electoral malpractices in 2018 as nearly 10,000 voter ID cards were allegedly seized from an apartment in the constituency.

Rajarajeshwari Nagar along with Maski represented by disqualified Congress legislators have been vacant for some time now, due to pending election petitions in the Karnataka High Court.

The schedule is yet to be announced for the Maski assembly seat. Congress and JDS are also yet to finalise their candidates for Rajarajeshwari Nagar. The constituency is key for Congress as it comes under the Bengaluru Rural Lok Sabha segment represented by D K Shivakumar's brother D K Suresh, while JDS will be looking at banking on Vokkaligas, who have a considerable presence there.

The bypolls will increase the legislative assembly strength to 223. Currently, in the 225-member assembly, the BJP has 116 members, Congress 67, JDS 33, BSP and nominated 1 and independents 2 besides the Speaker. Four seats --- Sira, Basavakalyana, Rajarajeshwari Nagar and Maski --- are vacant. Basavakalyana fell vacant recently following the death of Congress MLA Narayan Rao, due to Covid. 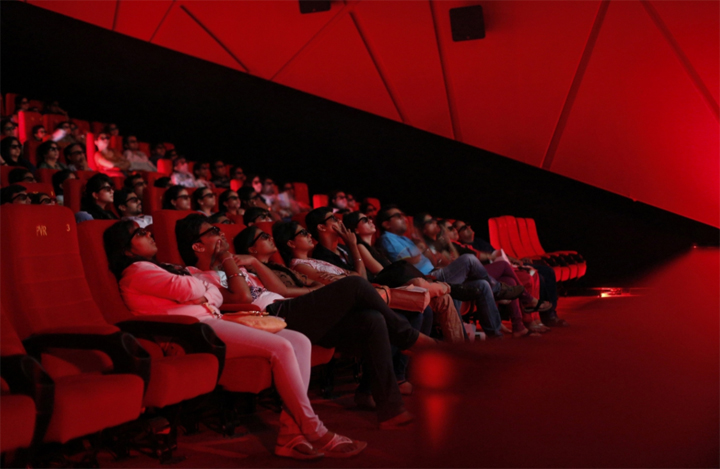 Bengaluru, Oct 16: Despite the Union government giving its nod to screen movies in theatres, only a handful of hall owners have come forward to open theatres from Friday.

Speaking to news agency, a theatre owner on condition of anonymity said that many theatre owners are sceptical to screen movies on the first day.

“Most of us are adopting the wait and watch policy in Karnataka, as we want to read the pulse of the viewers before opening the theatres,” he explained.

Karnataka Theatre Owners’ Association president K.V. Chandrashekhar said that there are 650 single screen theatres in the state and of this, 140 are located in Bengaluru alone, while 260 screens operate in various multiplexes across the state.

“Until now, the association has not got a clear assurance from its members as to who are going to open their theatres from Friday. A clear picture will only emerge on Friday,” he said.

He added that the biggest fear among the theatre owners is how the viewers will react. “It is not easy to predict now, as it will take at least five or six weeks to assess the correct picture about the theatre business,” he explained.

However, another source said that only about 15 to 20 theatre owners have explicitly shown interest to open on the first day.

“Covid has created panic among the people and we are no different. It is very clear that when the markets are in red, one cannot expect great returns. Film watching is always the last option for a common man, as his priorities like food and shelter should be fulfilled first. Then only he or she can think of coming for entertainment,” a theatre owner said.

However, most of the theatre owners in Bengaluru were busy cleaning and dusting the theatres, which are gearing up to screen movies.

The manager of a famous theatre in the Majestic area said on condition of anonymity that the viewers’ interest in watching movies in theatres is on a downward trend for the last two decades, ever since colour TVs coupled with cable network came into dominance.

The Majestic area once housed more than two dozen prominent theatres, but now half all of them have been converted into shopping complexes, he said.

According to him, in the 70s viewers used to come to Nartaki, a famous theatre, just for the sake of enjoying the ambience of the theatre. But now it is no more an attraction to the young crowd.

“Even multiplexes do not enthuse the viewers anymore. As people are getting accustomed to small screen viewing, viewers are deserting the theatres,” he said.

“It may not be easy for us to generate enough revenue to pay our staff’s salaries. We have to see how the viewers respond to the movies,” he added.

Speaking to news agency, noted script writer Satymurthy Ananduru said that it is not easy to attract viewers back to the theatres as most of the viewers have moved to the OTT platforms for their daily dose of entertainment.

“If the movie theatres are going to release old movies or movies which have already been streamed online, it would be difficult to attract viewers back to the theatres,” Ananduru said.

He observed that Bengaluru has always been cosmopolitan in nature even before the IT boom happened, unlike the neighbouring states which are full of avid movie buffs.

“Only one movie star enjoyed such craze — late thespian Dr Raajkumar. Such being the case, it is difficult to attract viewers back to the theatres in Bengaluru,” he said. 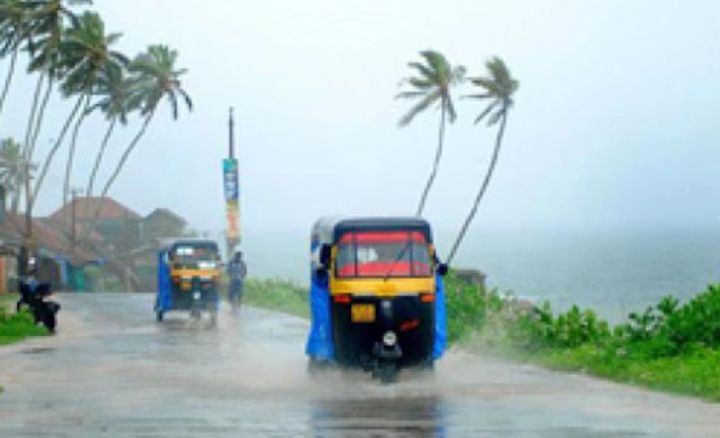 In a detailed prediction valid till 8.30 am on October 20, the KSNDMC said that there will be widespread light to moderate rains with isolated heavy to very heavy rains over Ramanagara, Mandya, Mysuru, Chikkaballapura, Chamrajanagara, Tumakuru and Chitradurga districts of SIK.

Moreover, in coastal Karnataka, places like Uttara Kannada, Udupi and Dakshina Kannada districts will have scattered to widespread light to moderate rains.

There are chances of thunderstorm with lightning at isolated places over Karnataka.

At present, Karnataka is facing floods in various parts of the state due to heavy rainfall from the past few weeks.

Ramanagara, Oct 17: In a dramatic turn of events, a case of gang rape turned out be case of honour killing with the arrest of victim's father and her elder brother along with her minor brother on Friday in Magadi.

This case made social media highlights as it coincided with the Hathras rape case. As a result, the Karantaka government even handed over the case Bengaluru Rural Superintendent of Police (SP), Ravi Channennavar, in the wake of Ramanagara SP S. Girsh testing Covid positive.

According to the police, the deceased identified as Hemalata (19) was a resident of Bettadahalli village in Magadi Taluka of Ramanagara district.

Her father, Krishnappa, filed a missing complaint on October 9, but on October 10 he filed a complaint of gang rape and murder. This had led to an outrage by upper caste and dominant Vokkaliga community on social media to lash out at the lower caste groups.

Soon after he took over the case, Magadi police started probing into various angles, including honour killing.

Speaking to media persons, Deputy Superintendent of Police (DSP) of Magadi taluka, Omprakash said, "It was a challenging case as the family members had destroyed the evidences. She was killed using stone by her elder brother Chetan and her father Krishnappa, who had taken her to their farm to convince her not to shame their family by going out with her boyfriend, Puneet, who allegedly belonged to lower caste."

While the father was convincing the girl, her brother took a stone and hit her on the head and her younger brother (a minor) gave assistance in burning the body in their own farm.

The police have registered a case and are further investigation is on.