Bengaluru, Apr 12: Abdul Nasser and Abdul Hamad, 17-year-old twins from Qatar, each weighing about 110 kg, have undergone bariatric surgeries at Gleneagles Global Hospitals in Bengaluru, the capital of Karnataka. 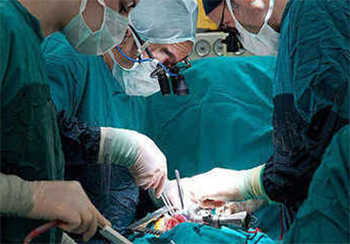 The duo’s weight will reduce by 40-45kg in one year, said Dr G Moinoddin, consultant bariatric and advanced laparoscopic surgeon, who did the surgeries. The boys underwent laparoscopic sleeve gastrectomy, a weight-loss surgery that involves removing the outer margin of the stomach to make it smaller so as to restrict food intake.

While Nasser weighed 110kg, his brother was 108kg. Their body mass index which should have been 25 was at an alarming 40. The boys, morbidly obese, had gone inactive and could not run, leaving their parents worried.

The twins’ history revealed both were moderately built till the age of 12. Between 12 and 17 years they gradually stopped eating healthy, homemade food and binged on unhealthy snacks like pizzas, burgers and aerated drinks. They were active but suffered from social isolation at their place of study. The parents were also worried that they’d suffer from metabolic diseases in future.

The twins tried to get active with sports, and started with football, but failed to continue as they could not run due to their weight. “Usually, factors like poor diet, unhealthy scanning and psychological problems like depression, lack of physical activity and more screen time cause obesity in children, apart from genetic factors. But in this case, there was no evidence of genetic factors as the boys’ parents and siblings were not obese,” said Dr Moinoddin.

The boys’ mother Amaal Ali Alshemairy, who accompanied them to Bengaluru, said she was worried when her sons started gaining more weight at the age of 12. “I was worried that they may develop health complications, like blood pressure, diabetes and heart diseases. We wanted to address the obesity issue at the earliest,” said Amaal.

The boys chose to get operated upon in Bengaluru after seeing a friend who weighed 136kg at the age of 16 losing weight gradually after undergoing bariatric surgery with the same medical team recently.

“The boys have been suggested to completely cut down on sweet, sugar, chocolate and bakery items. They must walk for at least one hour a day. I have also suggested they join the gym to gain muscle strength,” said Dr Moinoddin.