Mangaluru, Jan 10: Dakshina Kannada Youth Congress president Mithun Rai who was one among the candidates for the post of State president of Youth Congress has withdrawn his nomination on Saturday.

In a post on Facebook, Mithun Rai said that as per the advice and suggestion of state Congress president D K Shivakumar, he has decided to withdraw his nomination.

"Dear Youth Congress Volunteers, as you all know, The Karnataka Pradesh Youth Congress Committee elections are to be held on the 10th, 11th and 12th of January 2020.

As I am closely associated with the KPCC President Shri D K Shivakumar, as per his advice and suggestion, I have now decided to withdraw my nomination from the elections for the post of State President.  Requesting you all to kindly follow the process and vote for the contestants, " his Facebook post read.

It may be recalled that, Mithun Rai from Dakshina Kannada was one of the frontrunners for the post. 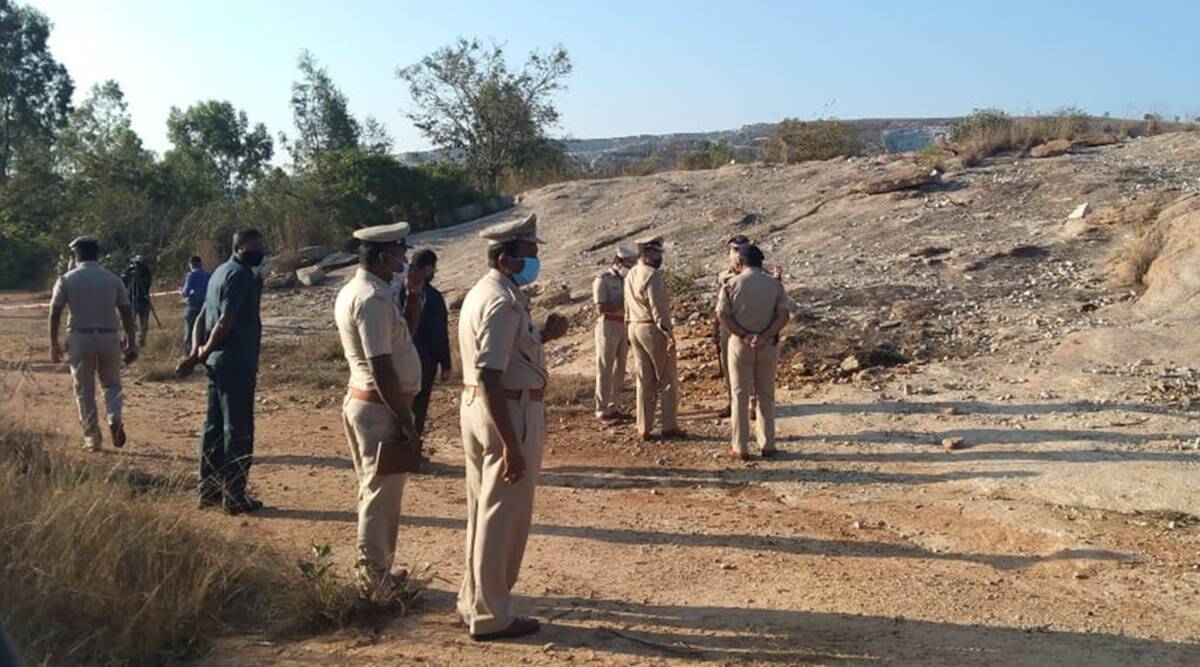 Chikkaballapur, Feb 24: Five persons were arrested on Wednesday in connection with the blast at a quarry in Hirenagaveli near Gudibande in Karnataka's Chikkaballapur district.

The horrific blast that occurred during a bid to hide explosives from the authorities claimed six lives on Monday night.

Police said Raghavendra Reddy, one of the two partners of the quarry, and employees Venkatashiva Reddy, Praveen, the driver of the Tata Ace used to hide explosives, Mohammed Riyaz Ansari and Madhusudan Reddy were arrested by the police.

Raghavendra Reddy was arrested from Gorantla in the Ananthpur district of Andhra Pradesh. GS Nagaraj, another partner of the quarry and accused number one in the case, is still on the run.

"A complaint was filed against owners of Bhramaravasini Sanders for illegal blasting and storage of explosives. Since the police officials failed to arrest the accused despite complaints, they were suspended." he said.

Six people, including a citizen of Nepal, lost their lives while attempting to cart away explosives hidden around the crusher, hours after a raid by authorities at the facility on February 22.

Bengaluru, Feb 16: A day after his statement on Below Poverty Line ration cardholders sparked a row, Karnataka Food and Civil Supplies Minister Umesh Katti on Tuesday made a U-turn, saying there were no definite parameters for BPL and APL card holders over availing benefits. The minister emphasised that the BJP government in Karnataka headed by B S Yediyurappa was pro-poor and was committed to distributing more BPL cards.

It will continue to give free foodgrains such as Ragi, corn and rice, he added. Having come under attack from the Congress and the JD(S), Katti told reporters here there were no definite parameters for BPL and APL (Above Poverty Line) and there was no need for anyone to worry as the government has not issued any statement in this regard.

Retracting from his previous statement, the minister said, "I had only shared the information from Delhi with media. Neither those parameters (motorcycle, TV, fridge and land) were mine, nor the Chief Minister has given any such orders. I am not an irresponsible minister." However, he did not elaborate.

Stating that his statement did not pertain to the BPL cardholders, he said further confusion on the matter was uncalled for.

"I have not issued any order without consulting the Chief Minister. BPLs are BPLs and APLs are APLs," he said.

Katti had on Monday said in Belagavi that those owning components such as motorcycle, TV, fridge and five acres of land are not entitled to hold a BPL card and they have to surrender them to the government by March 31, or else the government will take action.

The opposition Congress and the JD(S) had come down heavily on Katti and the BJP government calling it anti-poor and anti-people.

Mangaluru, Feb 28: Minister of State for Primary & Secondary Education Suresh Kumar said here on Sunday that the academic year 2020-21 was a very challenging as the COVID-19 has disrupted the whole education system and still it is uncertain when the schools will reopen and life becomes normal.

Speaking after inaugurating Reshma Memorial Auditorium at Shakthi Campus, he said it is good that the teachers have found an alternative of Vidyagama and online classes, saving the students from wasting the whole year.

He requested the educators and the parents to create social awareness and social responsibility in the minds of students rather than insisting in marks alone.

He quoted the effort of teacher Nirmala, responsible for the success of Anjanappa hailing from the rural background who scored 92 pc in SSLC, 131 rank in CET, 91 rank in JEE and today pursuing his studies at IIT Mumbai.

Vedavyas Kamath, MLA Mangaluru south, who was also present, said, "Life is a race no doubt but passing in life is utmost important than winning a race."

He shared his views on the 17 crore swimming pool project coming up in Yemmekere for the public as a part of the smart city project.

Sri Mahabaleshwar, chairman Karnataka Bank, quoted the four strong pillars that make up a school, namely the students, teachers, parents and the management. The co-ordination of all the four is very vital, failure to which the consequence is uncertain, he said.