Udupi, Jun 14: The post-mortem of cattle trader Husainabba Jokatte, whose dead body was found under suspicious circumstances over two weeks ago near Perdoor in Udupi district, has suggested head injury as prima facie cause of death. 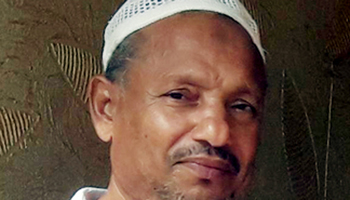 The investigating officer Rishikesh Sonavane submitted the autopsy report to the court through public prosecutor Shanti Bai on Thursday a day after the judge Venkatesh Nayak T demanded for it before hearing the bail plea of the accused in the case.

His brother, Mohammed Ismail, registered a police complaint on the same day stating that the multi-utility vehicle in which Husainbba was transporting 13 head of cattle was waylaid by activists of Bajrang Dal. Husainabba was assaulted by the Bajrang Dal goons at Shenarbettu. Initially it was believed that Husainabba might have died while running away from assailants.

However, during investigation it came to light that Bajrang Dal goons had thrashed Husainabba in the presence of the cops and he had breathed his last inside the police jeep. Later the policemen and Bajrang Dal activists had dumped the body to cover up the murder.

In the course of investigation, the police arrested 10 persons — three policemen and seven activists of Bajrang Dal — in the murder case. The police also arrested Jaya who was in the multi-utility vehicle with Husainabba for illegal transportation of cattle. The three policemen arrested are D N Kumar, suspended sub-inspector of Hiriyadka police station, Mohan Kotwal, police constable, and Gopal, police driver. All the ten accused are expected to be produced before the district court on June 15.