Jeddah: A magnificent award ceremony was hosted on Friday, 12th August 2022, by the Indian Pilgrims Welfare Forum (IPWF) under the patronage of Consulate General of India Jeddah at CGI Jeddah premises in honor of volunteers, individuals and multicultural Indian organizations who rendered voluntary services during Hajj 1443-2022.

H.E. Mohd Shahid Alam while addressing the audience expressed deep gratitude to IPWF Group President for leading all groups unity in diversity, and applauded the relentless services of Team India to Hajjis, regardless of their nationalities; which have been recognized and appreciated by Saudi authorities and other Nations officials. He also thanked the Government of Saudi Arabia to make this year Haj possible.

He congratulated everyone for being part of this noble cause in solidarity, to remain blissful and more grateful which has highest moral values of Generosity and Faith during the 10 best days of Islamic year, which comprises spiritual Journey of a life time.

2nd sets of Star Awards with Giordano Gifts were given to Best Volunteers nominated by their respective community organizations heads.

Rest of Volunteers were Jubilant to receive Certificates of Appreciation of their part in Haj services. 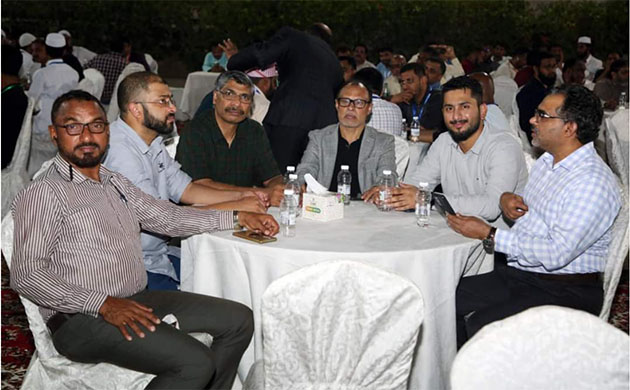 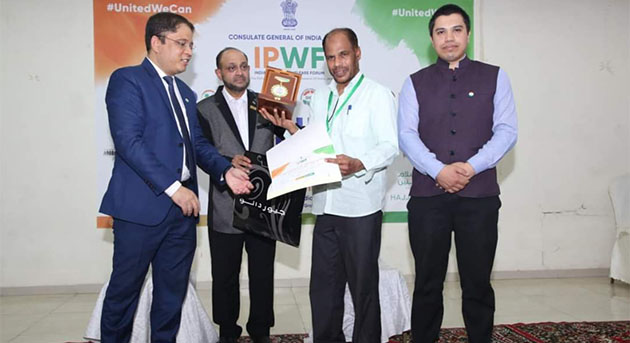 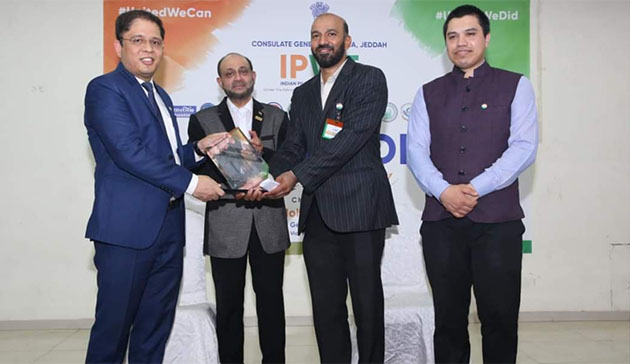 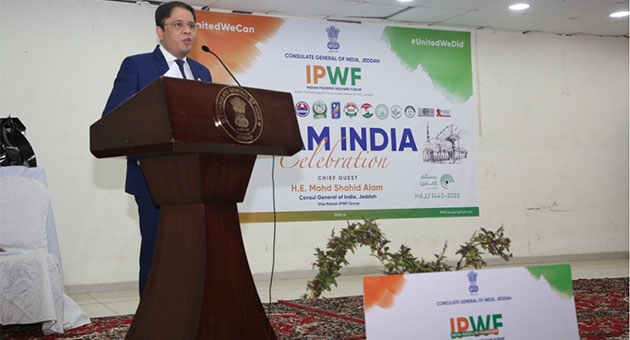 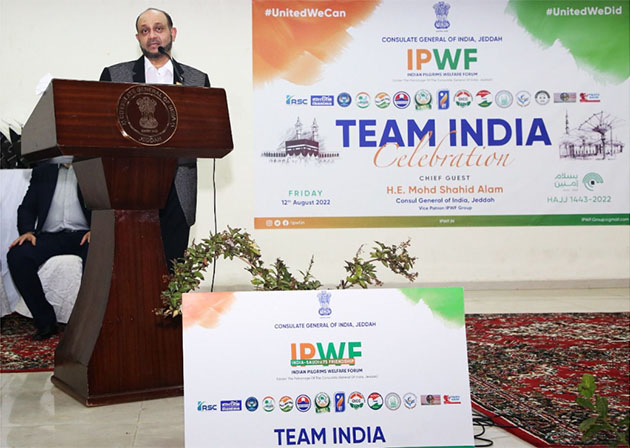