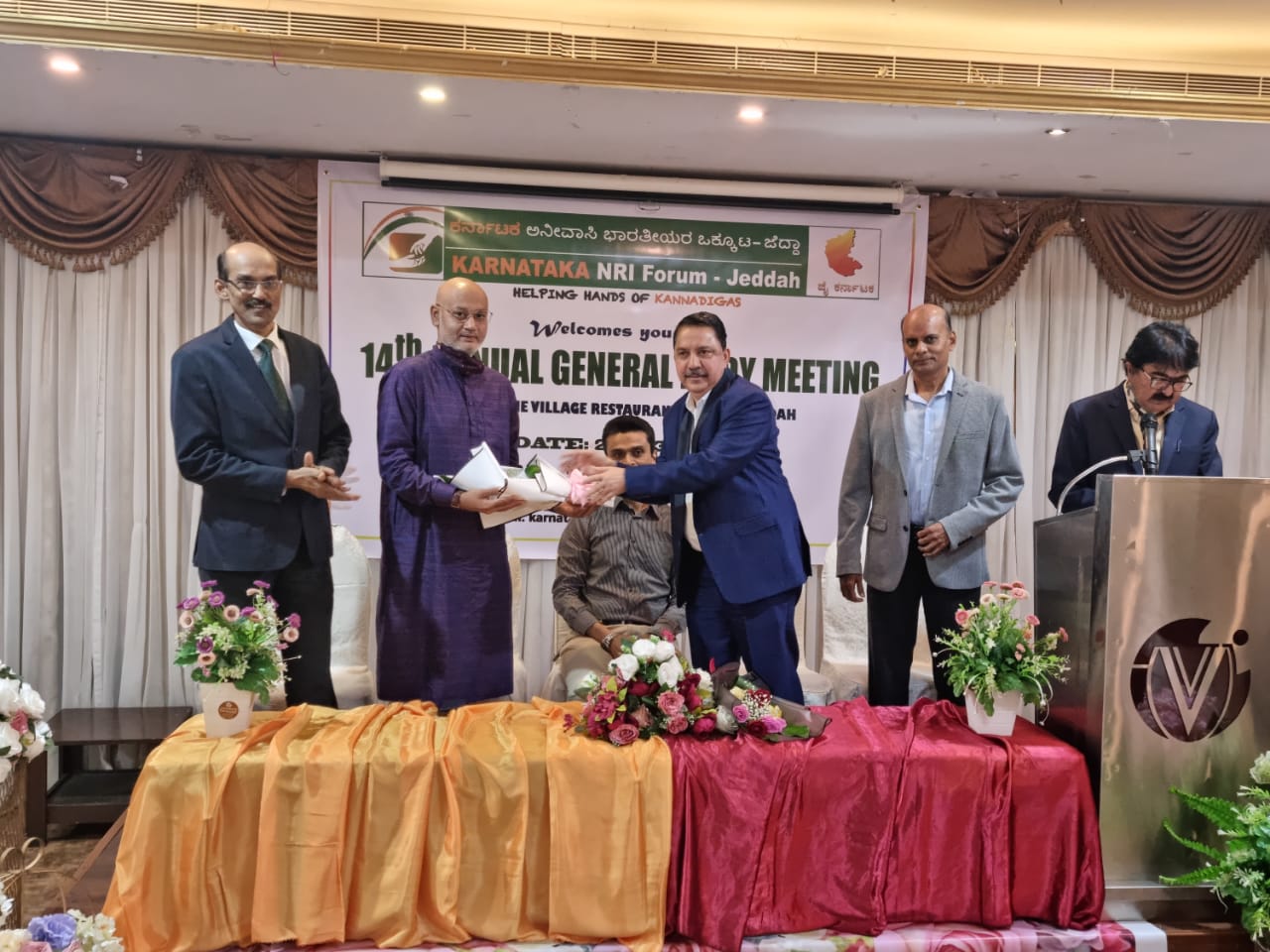 Mohammed Mansour expressed his happiness and gratitude for being re-elected as President. He thanked all the members for showing confidence in him once again and he will continue to put all his efforts with the dedicated support from the new team to take the KNRI Forum, Jeddah to further heights.

The newly elected General Secretary, Peter Ronald, while thanking all for giving he a chance to work as Gen Secretary, called upon the new team to extend their full support and involve actively in fulfilling the vision and mission of the Forum.

Earlier, prior to the election, Syed Nasir Khurshid, Vice President, officially announced the start of AGBM and briefed all about the KNRI forum, introduced the guests and entertained the audience with his jokes and stories while conducting the programme as master of ceremony.

Jalal Baig, Excom member officially welcomed the life and regular members, sponsors and guests to the meeting and explained basic objectives of the forum.

General Secretary Peter Ronald Mascarenhas highlighted annual report of the forum through a Power Point presentation, which featured the aims, objectives, strategic plan and the achievements for the year 2020-2021. He presented detailed information about the forum activities and financial support given as education and medical aid and  also to those who are in distress.

Habibur Rahman, treasurer, presented the financial report through Power Point presentation and highlighted the receipts and payments, income and expenditures details for the year 2019 – 20 and 2020-2021.

Mansour, in his address prior to his re-election, thanked all the executive members for tremendous support, he briefed the activities of the KNRI Forum and explained about the challenges and great achievements especially arranging chartered flight in his tenure. He thanked life members, sponsors and regular members for their generous support for the forum and he also thanked the KNRI team in India including Vasu Manchegowda, Syed Shakeel, Harsha  and specially Dr. Aarthi Krishna, former  President of Karnataka NRI Forum, Bangalore  for their continuous support back home.

Dr Ali Baqar hussaini and Mr Mohammed Ansar President Jamiyatul falah attended the event as chief guests, while this event was presided by Mr Mohammed Mansour, Hidayat, was felicitated during the event for his services towards the forum and was presented with a certificate of appreciation.

Dignitaries and guests were presented with flower bouquets as a token of appreciation. Ashfaque Maniyar officially delivered the vote of thanks in this section prior to the election.
The program ended with a group photograph of the newly elected executive committee, dinner and national anthem. 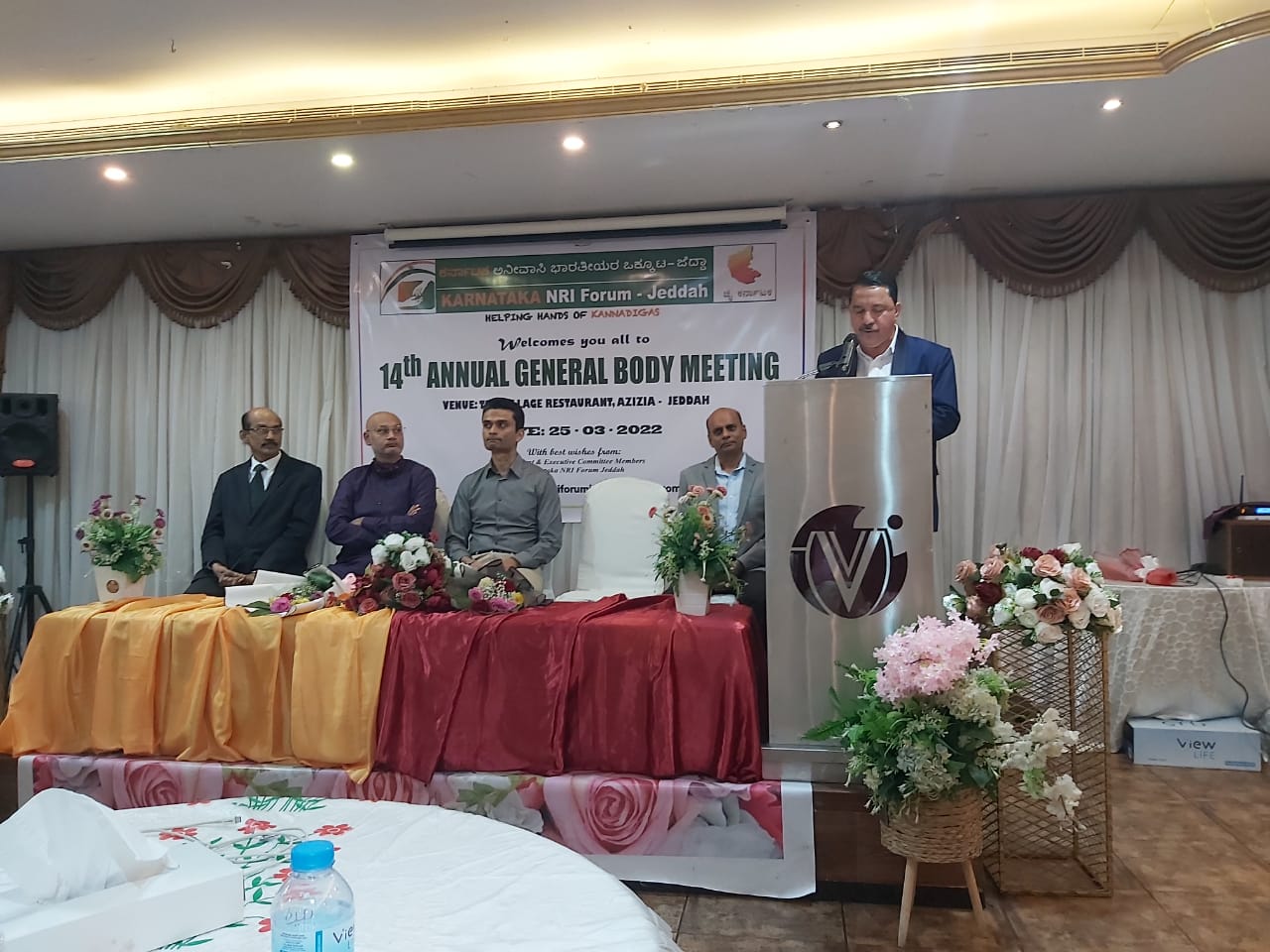 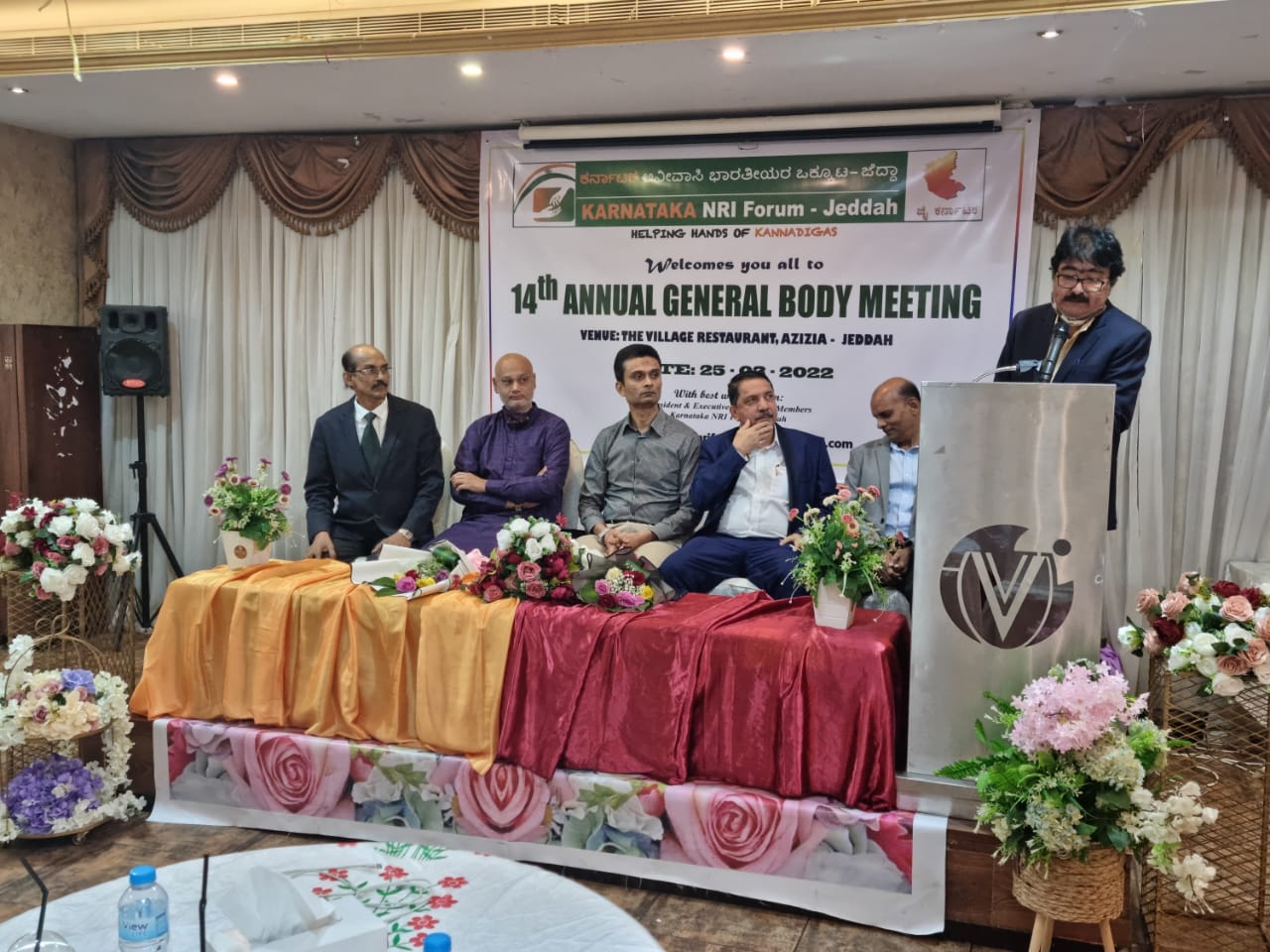 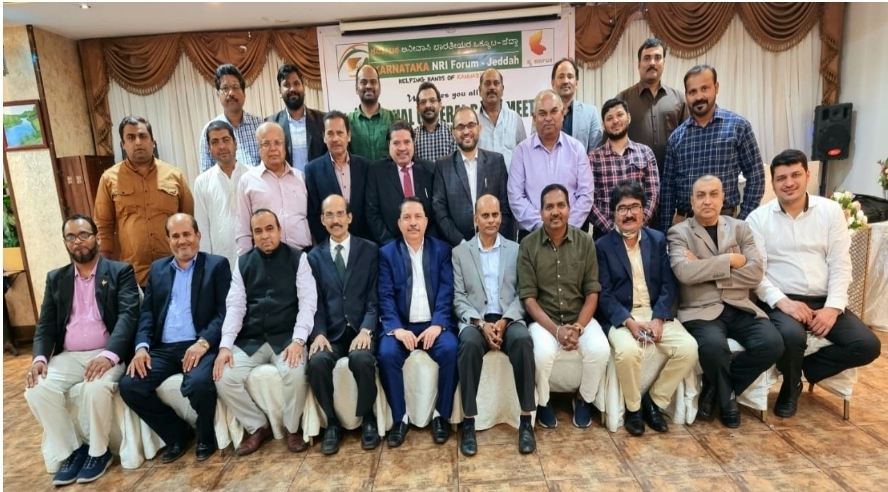