KMWA appeals to encourage kids to participate, the winners will be rewarded with fabulous prizes and a chance to present them at the live ZOOM program on 22nd July at 9 pm.

Refer above flyer for more details and participate in our ZOOM online program with families. 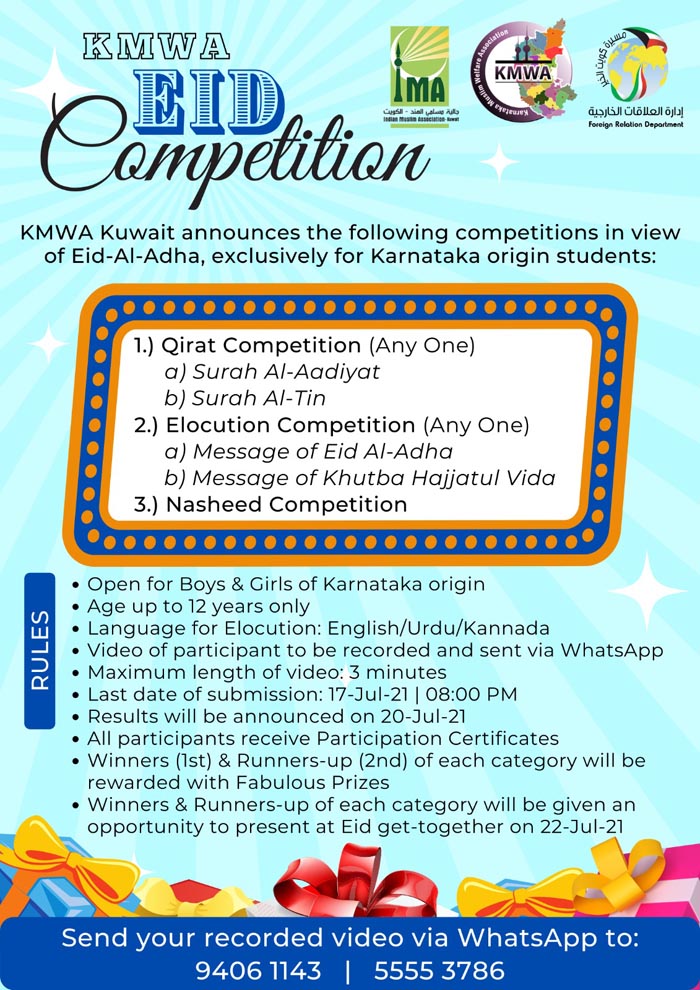 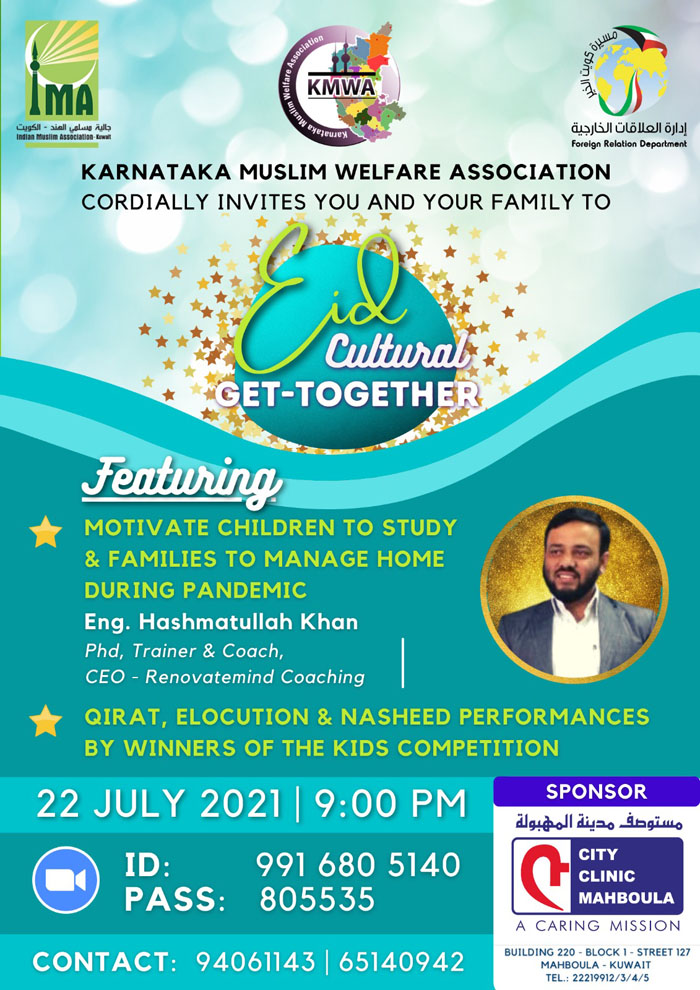 Dubai: Abu Mohammed, an Indian expatriate living in Ras Al Khaimah, has won Dh12 million (approximately Rs 24 crore) in the latest Big Ticket draw held in Abu Dhabi today. Mohammed had purchased the ticket with four of his colleagues and will be sharing his prize purse.

The winning ticket number was 027700, bought on August 30. The Big Ticket draw is held on the third of every month in Abu Dhabi.

When host Richard called him, the winner, Abu Mohammed, immediately recognised his voice. He was elated to hear about his win. Abu Mohammed had purchased the ticket with four of his colleagues and will be sharing his winnings.

Abu Mohammed lives with his wife, mother and two daughters in Ras Al Khaimah. He works in a shipping company as an operations coordinator. He has been participating in the Big Ticket draw along with his colleagues for more than a year now.

Abu Mohammed was not watching the live show today, but one of his friends was watching it. The tearful friend, who too had a stake in the prize, was emotional when he informed Abu Mohammed about the win.

Abu Mohamned said he has not taken any decision on what the four friends will do with the prize money.