Dubai, Jul 25: The founder of NMC Health, BR Shetty, has had a worldwide freezing order placed on his assets at the request of a lender that claims he has defaulted on a loan of more than $8 million (Dh29.4m).

The order was granted to Credit Europe Bank (Dubai) last month ahead of a claim filed at the DIFC Courts against Mr Shetty, New Medical Centre Trading and NMC Healthcare.

The lender said in its claim they “are jointly and severally liable” for the repayment of money initially secured through a credit agreement in December 2013 and renegotiated in December last year. Credit Europe Bank is an Amsterdam-headquartered institution specialising in trade and commodities finance with operations in nine countries.

The credit agreement was guaranteed by two security cheques which the bank said in its claim were signed by Mr Shetty – one drawn on his personal account and another on the account of New Medical Centre Trading – that have been "dishonoured upon presentation due to insufficient funds".

The bank claimed Mr Shetty “has now fled the jurisdiction of the UAE to India” and that there was a risk of his “substantial” assets in the Emirates being dissipated.

The assets frozen include properties in Abu Dhabi and Dubai, as well as shares in NMC Health, Finablr, BRS Investment Holdings and other companies. It allows for up to $7,000 per week to be spent on “ordinary living expenses and reasonable sum[s] on legal advice and representation”, a DIFC Courts document granting the freezing order shows.

Credit Europe Bank declined to comment when contacted by The National, stating it does not comment on ongoing litigation proceedings. Representatives for Mr Shetty and for NMC Healthcare, which is now being run by administrators Alvarez & Marsal, also declined to comment.

NMC Healthcare was founded by Mr Shetty in 1975 and grew from a single hospital into the UAE’s biggest privately-owned healthcare operator, which employed 2,000 doctors and 20,000 other staff. The company was listed on the London stock exchange and at its peak was valued at £8.58 billion (Dh40bn). However, its shares slumped after short seller Muddy Waters Research issued a report in December 2019 alleging the company had inflated its cash balances, overpaid for assets and understated its debts. This led to a string of damaging revelations by the company, including the fact that its debt was materially higher – at $6.6bn – than the $2.1bn on its balance sheet. NMC Healthcare was placed into administration in April by its biggest creditor, Abu Dhabi Commercial Bank, but its UAE businesses continue to trade as a going concern.

Mr Shetty said in a statement issued in April that he has been a victim of fraud committed by "a small group of current and former executives” at companies owned by him. He said bank accounts were created in his name and transactions were made without his knowledge, and that loans, cheques and bank transfers were also fraudulently guaranteed in his name using his forged signature.

In response to the claim filed by Credit Europe Bank (Dubai) at the DIFC Courts, Mr Shetty says he did not personally guarantee loans made to NMC Trading or NMC Healthcare and that the signatures used on cheques guaranteeing the loans are forgeries. His defence cites the opinion of “Dr Al Bah, an independent, experienced and qualified forensic document examiner”, that someone other than Mr Shetty signed the lending agreements and cheques.

An application by NMC Trading and NMC Healthcare to the DIFC Courts to have the claim against it heard in private for fear of triggering claims by other lenders – the group owes money to around 80 local, regional and international lenders – was dismissed, given that the appointment of administrators at the group and allegations of fraud at the company are already in the public domain.

Both companies have indicated to DIFC Courts that they intend to contest the claim against them.

give money to RSS now to kill muslim....GOD will turn the table for moran like you BR,...shamed of tulu guy cheated the UAE govennment...not root in hell 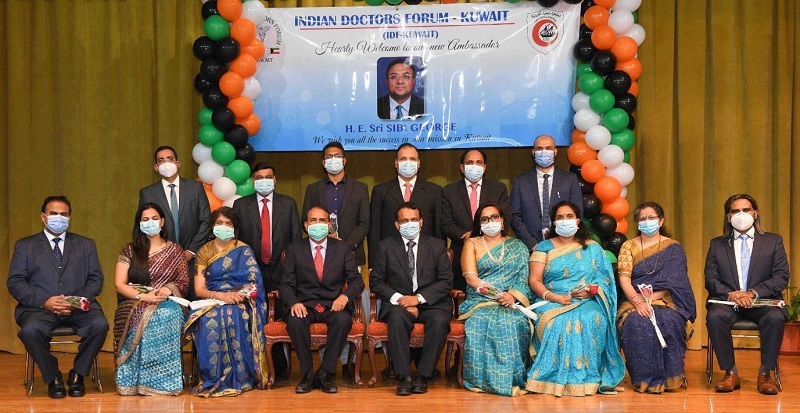 Jeddah, Sept 26: Indians across Saudi Arabia, especially those hailing from southern state of Kerala, mourned the tragic death of three youth who lost their lives in a car crash.

Muhammad Shafeeq, Ansif, and Sanad, all aged 22, were involved in a car accident while they were returning after attending the National Day celebrations held in Al-Khobar on September 24.

Their car lost control and turned upside down and hit some other cars near Dhahran while taking to a parallel road from the Dammam- Khobar Highway. All of them died on the spot and their car was completely mangled.

A large number of people, including relatives and friends, attended the funeral prayer and burial held on September 25.

The young men, who were born and brought up in Dammam, united in both life and death. Their parents had come from Kerala to Saudi Arabia more than two decades ago. They were childhood friends ever since their schooling at International Indian School, Dammam, from kindergarten onwards. They were laid to rest in graves close to each other in Dammam cemetery.

Social workers, led by Nas Vakkam, Jaafar Kondotty, and Shaji Wayanad, swung into action to complete all the procedures to facilitate their burial soon after the accident. A large number of people gathered at the premises of Dammam Medical Complex morgue where the bodies were kept and later at Dammam cemetery to pay last respects at around 2 p.m. on Friday.

It was heart-rending scenes when their family members and close friends bid adieu to the young men who were the most loved trio among the expatriate community. After education, Shafeeq who hailed from the Malappuram district was working along with his father Saidalavi Haji in a commercial establishment.

Ansif, from the Wayanad district, was pursuing his graduation in Bahrain while Sanad from Kozhikode was planning to continue higher studies after the lifting of the travel restrictions imposed following the outbreak of the coronavirus pandemic.