Bengaluru, Aug 21: Former Karnataka Minister and senior Congress leader H K Patil today demanded that the terms of the Phone Tapping issue which is now referred to CBI for investigation, should also include Media and Common man if their telephone was also tapped.

In a letter to Chief Minister B S Yediyurappa, he urged inclusion of Media and common man if their telephone also tapped. " It is not enough only inquiry and investigation of political leaders and their associates, relatives is done in telephone tapping it should also include media and common man if tapped. Legal actions on the basis of information of tapping should be taken.

In his two page letter, Patil said that " ordering inquiry against these persons will not help to complete the process of investigation unless inclusion of important section such as media and common man is included. The investigation should not be witch hunting only to pinpoint the person who was engaged in tapping but it should bring all those persons whose crimes have come to light following information obtained through telephone tapping".

Mangaluru, Jul 20:  Ananthapadmanabha temple at Kudupu on the outskirts of Mangaluru will be closed for devotees on the occasion of Nagara Panchami on July 25 due to Covid-19.

Ananthapadmanabha temple at Kudupu is one of the famous temples in Dakshina Kannada dedicated to Naga (Serpent God) where Nagara Panchami is celebrated in a grand way.  The temple committee said that "Nagara Panchami will be observed on July 25. To avoid large gatherings, the entry of devotees is banned. The devotees should not visit the temple, thereby extend cooperation with the temple committee."

On the day of Nagara Panchami, no sevas, theertha and prasadam will be distributed. There will be no mass feeding as well. 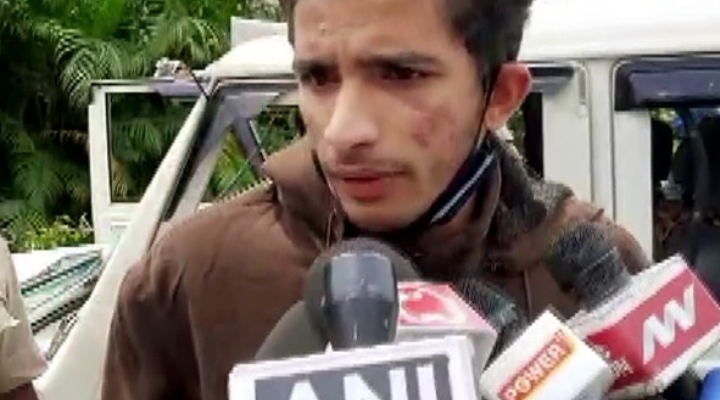 Bengaluru,  Aug 12: It was the public's fault and not that of the police forces, said Sharif, an eye-witness to DJ Halli police station's vandalisation, a member of the Civil Defense group on Wednesday in connection with the Bengaluru violence on Tuesday night.

Sharif, who had come to record his statement with the police in connection with the incident, told reporters that a mob had surrounded the police station and attacked it from all sides.

"We are from Civil Defence and had come to protect the police. People were pelting stones (at the police station), it was the public's fault, there is no fault of the police. I am from DJ Halli, this (police station) is like my temple, my masjid," Sharif said.

Meanwhile, Congress MLA Srinivas Murthy's nephew was arrested for allegedly sharing a 'derogatory' post on social media that triggered violence in the city last night in which two persons died and around 60 police personnel sustained injuries.

110 accused of arson, stone-pelting, and assault on the police have been arrested in connection with the violence.

The police said that accused Naveen has been arrested allegedly for posting derogatory posts.
Murthy's house was also vandalised by miscreants following the social media post by his nephew Naveen.

The residence of Congress MLA Akhanda Srinivasamurthy was also attacked after the violence broke out.

The newly built house of photographer couple Ravi and Krupa Hongal, which resembles a giant DSLR camera, has not only enamoured locals but has become quite a sensation on social media.

The three-storied camera-shaped house located in Shastri Nagar is an expression of passion and love for the art of photography of the couple whose children- three boys- have all been named after the iconic camera brands.

Their names ''Canon'', ''Epson'' and ''Nikon'' feature prominently on the house whose exterior resembles a camera. Just like a camera, the building has a glass window shaped as a viewfinder and another as a lens. It sports a wide film strip, a flash and even a memory card.

The walls of the house walls and its interior have graphics related to photography.

"I have been photographing since 1986. Building this house is like a dream come true. We also named our 3 children-Canon, Nikon and Epson. These all are three camera names. I love the camera and hence named them on camera companies name. My family were opposed to it, but we remain adamant," photographer Ravi told media persons.

— ANI (@ANI) July 14, 2020
The photographer says the couple had to borrow money from relatives and friend for constructing the house. "We also sold our previous house to build this house," he added.

Krupa said that it was their cherished dream to build a house like a camera.

"My husband is a photographer. It was our dream to build a house like a camera. We planned and built this house. We feel like we are living inside a different world, inside a camera. I am very proud of my husband," she said.

Canon, their elder child said, "My friends used to ask me whether it was my real name. Now, I tell them yes, photography is my father's passion and hence he named me Canon."

On social media, the picture of the unique shaped house has been shared widely.

"This is called love for the passion," said one user on Twitter.

Another user commented: "A camera-obsessed photographer from India builds a camera-shaped house! 49-year-old Ravi Hongal has spent over $95,000 building the 3-story house, which looks like a camera in the town of Belgaum in India."

The family seems to be indeed living a picture-perfect dream. 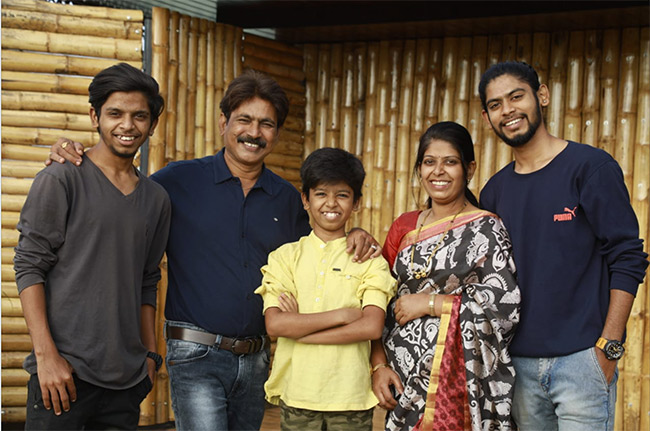