Jeddah, Jul 9: Saudi Arabia's ambassador to the United States, Princess Reema bint Bandar, has met with President Donald Trump and presented her credentials as the Kingdom's top diplomat in Washington.

"HRH Ambassador @rbalsaud met with @POTUS Donald J. Trump at the White House today to present her credentials as the new Ambassador of the Kingdom of #SaudiArabia to the United States," the Saudi Embassy in Washington said early Tuesday.

HRH Ambassador @rbalsaud met with @POTUS Donald J. Trump at the White House today to present her credentials as the new Ambassador of the Kingdom of #SaudiArabia to the United States. pic.twitter.com/XdEUjMVuo9

"HRH stated that the Saudi-U.S. partnership is essential to the interests of both countries and expressed confidence that the two countries are capable of overcoming any challenges at the regional or global levels," the embassy said.

The new ambassador also announced her meeting with the US president in a tweet.

“Presented credentials today at the White House. Conveyed the well wishes of Kingdom’s Leadership. Looking forward to working on strengthening and solidifying the historic Saudi - US partnership,” she said.

Princess Reema assumed her new office on July 4, more than two months after she was appointed to the key post, replacing Prince Khaled bin Salman, who is now the Kingdom’s deputy defense minister.

She was nominated to the post on February 23 and took her oath before King Salman in Riyadh in April, becoming Saudi Arabia's first female ambassador and the 11th Saudi diplomatic representative to Washington.

Princess Reema is no stranger to the workings of diplomats, having spent several years in the US during her youth when her father, Prince Bandar bin Sultan, was Saudi Arabia’s ambassador to the country.

Before her diplomatic appointment, Princess Reema held various key positions in government as well as civic groups and private firms.

She held CEO positions for Al Hama LLC and Alfa International from 2005 and has launched her own handbag brand, Baraboux, in 2013. She also founded the private equity fund Reemiyah and co-founded Yibreen, a women’s day spa.

She is one of the founding members of the Zahra Breast Cancer Association in Riyadh and is also a member of The World Bank’s Advisory Council for the Women Entrepreneurs Finance Initiative.

She was also vice president of women’s affairs at the General Sports Authority since 2016 before her appointment as ambassador. New Delhi, Jan 18: The Parliamentary Committee on Information Technology has issued summons to officials of Facebook and Twitter for January 21, to question them over misuse of the social media/online news platforms.

The schedule of meeting on the Lok Sabha website read: "Evidence of representatives of Ministry of Electronics and Information Technology and to hear the views of the representatives of Facebook and Twitter on the subject safeguarding citizens' rights and prevention of misuse of social/online news media platforms including special emphasis on women security in the digital space."

Earlier, the committee had summoned Facebook's India head Ajit Mohan over the issue of political bias on the social media platform.

The allegations of a Facebook bias towards the BJP were reported in The Wall Street Journal in August 2020 and had claimed that Ankhi Das, the platform's then India Policy Head had opposed the idea of removing hate posts by BJP leaders, warning that this could hamper their "commercial interests".

After four tumultuous years in the office, Donald Trump's tenure as the President of the United States is finally coming to an end. It won't be a travesty to describe his four years in the White House as extremely eventful, as Trump never failed to dish out controversial quotes.

He constantly made headlines with his quotes and remarks on various issues. Many supported him, several others criticised him, and some were just bemused and accepted them as jokes. But none could ignore him.

Now that he has been banned from Twitter and Facebook and for the time being cannot use the prominent social media platforms to express his unique opinions, will we see more of the controversial Trump? The answer to that lies in the future, but one thing can be safely said: It is impossible to keep away Trump from delivering bombastic statements.

Here are a few quotes of Donald Trump during his presidency:

February 2016:
In his victory speech following the Nevada caucuses, he said: "I love the poorly educated."

November 12, 2017
"Why would Kim Jong-un insult me by calling me old, when I would never call him short and fat? Oh well, I try so hard to be his friend and maybe someday that will happen," he had tweeted.

January 11, 2018
"So the wall. The wall’s never meant to be 2,100 miles long. We have mountains that are far better than a wall. We have violent rivers that nobody goes near. ...You don’t need a wall where you have a natural barrier that’s far greater than any wall you could build, O.K.?" Trump said during an interview with The Wall Street Journal.

August 26, 2019
“I’m an environmentalist. A lot of people don’t understand that. I think I know more about the environment than most people.”

October 28, 2019
Trump on the death of ISIS leader Abu Bakr al-Baghdadi: "Baghdadi has been on the run for many years, long before I took office. But at my direction, as commander-in-chief of the United States, we obliterated his caliphate, 100%, in March of this year."

January 22, 2020
On coronavirus: “We have it totally under control. It’s one person coming in from China. It’s going to be just fine.”

March 16, 2020
Donald Trump, when asked how he would rate his administration's response to the coronavirus pandemic on a scale of 1 to 10, replied, "I would rate it a 10."

October 16, 2020
Trump tweets quotes from a satire website against Biden: “Twitter Shuts Down Entire Network To Slow Spread Of Negative Biden News. Wow, this has never been done in history. This includes his really bad interview last night. Why is Twitter doing this? Bringing more attention to Sleepy Joe & Big T."

November 4, 2020
"We are up BIG, but they are trying to STEAL the Election. We will never let them do it. Votes cannot be cast after the Polls are closed!"

November 5, 2020
As a defeat in the US Presidential elections looked imminent, Donald Trump famously tweeted "STOP THE COUNT!" It became a trending topic on social media.

November 16, 2020
Defeat should be accepted with grace and humility. But to Donald Trump, the concept of defeat was largely non-existent during the US presidential elections. Even when Joe Biden's victory was an established fact, Trump was adamant. And in defiance, he tweeted, "I WON THE ELECTION!" that evoked a mixed reaction of anger and laughter.

After four years of Donald Trump and a hotly-contested election, President-elect Joe Biden, who was formerly vice-president under Barack Obama, is set to take charge as the 46th President of the United States, with his running mate Kamala Harris will take charge as the Vice President in a ceremony marked by Covid-19, an insurrection at the Capitol and a President who only reluctantly acquiesced to a transition of power.

WhatsApp delays privacy changes in the wake of user backlash 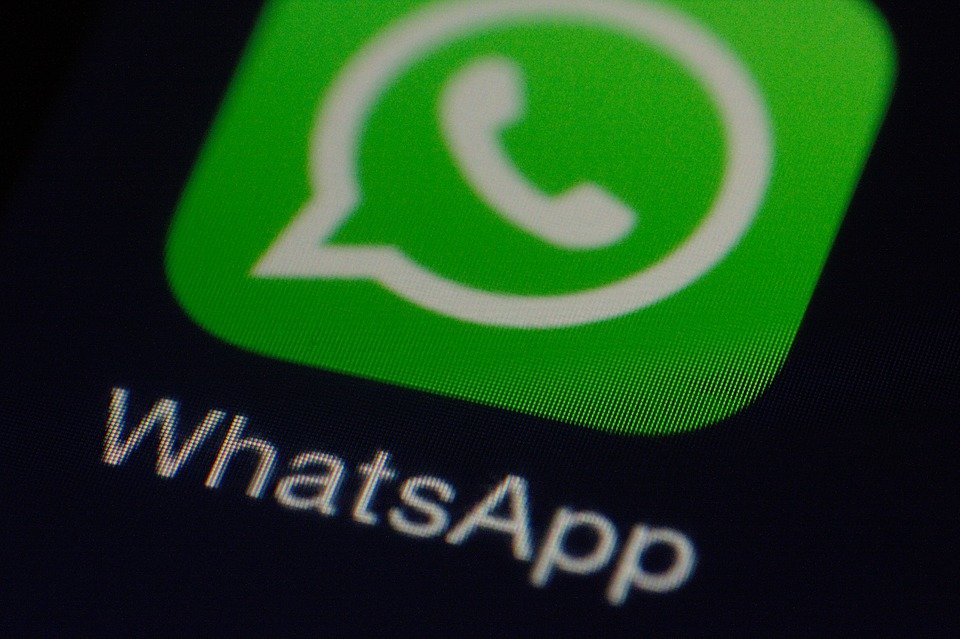 San Fransisco, Jan 16: WhatsApp said Friday that it would delay a planned privacy update, as the Facebook-owned messaging service tries to stem backlash by users worried about the changes.

WhatsApp said it would push back the changes, to May 15 from Feb. 8, to give users more time to review what it planned to do.

This month, WhatsApp notified its users that it would give them new options to message businesses using the service and was updating its privacy terms. WhatsApp’s notification said users would have to accept the new terms by February or no longer have access to their accounts. Although little was actually changing, the company still needed user approval.

Many users and some media outlets interpreted the notification as a marked shift in WhatsApp’s data-sharing practices, mistakenly believing that the company could now read people’s conversations and other personal data. Misinformation spread through the service to users around the world.

People flocked to other messaging services, including apps like Signal — which offers so-called end-to-end encryption like WhatsApp — and Telegram, which offers some encryption options. This week, Signal became the No. 1 app in India, one of WhatsApp’s biggest markets, on Apple and Android phones.

Now, WhatsApp executives are assuring users that its changes are minor, that it cannot read users’ messages and that its services are more secure than those of some competitors.

“WhatsApp helped bring end-to-end encryption to people across the world, and we are committed to defending this security technology now and in the future,” WhatsApp said in a company blog post. “With these updates, none of that is changing.”

Some limited information from WhatsApp is shared with Facebook, WhatsApp’s parent company. But the changes to WhatsApp’s terms of service to enable that occurred in 2016, and the terms have not been substantially updated since.

The fallout reflects a rare misstep for the messaging giant, which Facebook bought in 2014 for $16 billion. For years, Mark Zuckerberg, Facebook’s CEO, let WhatsApp operate largely as an independent entity, supported by Facebook’s infrastructure and resources. Over that period, WhatsApp grew to serve more than 1 billion users — most of them outside the United States.

That approach has changed in recent years. Jan Koum and Brian Acton, the founders of WhatsApp, left the company in 2018 after a falling out with Zuckerberg. Since then, Zuckerberg’s touch has grown heavier. He wants to stitch together the messaging services between Facebook, Instagram and WhatsApp, which will require years of engineering work.

While Zuckerberg has positioned Facebook as doubling down on user privacy, some former employees fear the integration could make apps like WhatsApp even less secure over time. WhatsApp is not yet connected to Messenger or Instagram.

The furore over WhatsApp’s privacy changes is bitterly ironic, given the company’s struggles with misinformation on its service. WhatsApp has been used to distribute misinformation around elections in Brazil and other countries, which has been difficult to combat because of the closed, private nature of the service.

“There’s been a lot of misinformation causing concern, and we want to help everyone understand our principles and the facts,” the company said.