Mumbai, Jul 12: The Brihanmumbai Municipal Corporation (BMC) has sealed actor Rekha’s bungalow in suburban Bandra after a security guard there tested positive for coronavirus, a civic official said on Sunday.

The guard at the 65-year-old actor’s bungalow ‘Sea Springs’ tested positive on Tuesday, the official said.

The BMC has put a board outside the premises declaring the are as a containment zone. The security guard has been hospitalised at the BMC’s COVID-19 care facility in Bandra Kurla Complex, he said.

As the bungalow is a standalone one, only a portion of it has been sealed, he said. 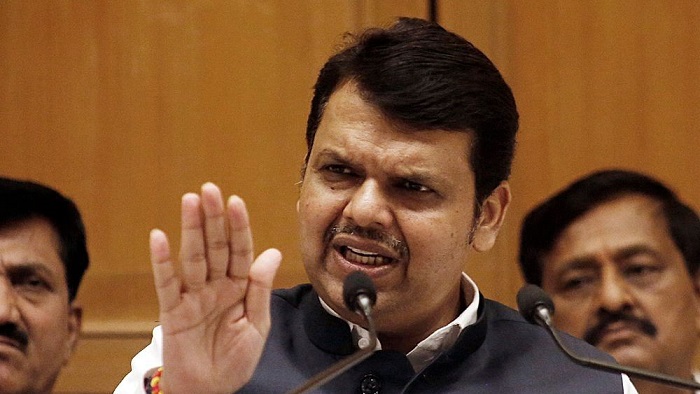 Mumbai, Jul 31: Maharashtra Leader of Opposition and BJP leader Devendra Fadnavis on Friday said that the Enforcement Directorate should carry out an investigation in actor Sushant Singh Rajput's suicide case.

"There is a huge public sentiment about handing over #SushantSinghRajput case to CBI but looking at the reluctance of State Government, atleast @dir_ed ED can register an ECIR since misappropriation and money laundering angle has come out," tweeted Fadnavis.

Meanwhile, Union Minister Ram Vilas Paswan said that no FIR had been registered in Maharashtra yet and that the case must be handed over to the Central Bureau of Investigation (CBI).

"There is a confrontation between two states and there has been no FIR registered yet in Maharashtra. Chirag (Paswan) had spoken to CM Thackeray that there should be CBI probe. All political leaders are demanding for it. It should be handed over to CBI," Paswan said.

A team of the Bihar Police that arrived in Mumbai on Tuesday, recorded statements of two persons, including actor Sushant Singh Rajput's sister, on Wednesday in connection with the case.

An FIR was filed by Sushant Singh Rajput's father against actor Rhea Chakraborty in Bihar on Tuesday.

According to the Maharashtra Police, statements of 41 people, including filmmaker Mahesh Bhatt, film critic Rajeev Masand, director-producer Sanjay Leela Bhansali, and filmmaker Aditya Chopra have been recorded in the investigation so far.

Mumbai, Jul 21: Police have recorded statements ofthree psychiatrists and a psychotherapist as part of their probe into the death of Bollywood actor Sushant Singh Rajput last month, a senior official said on Monday.

Their "statements were recorded over the last three- four days" by the Bandra police who are probing the case, said Deputy Commissioner of Police (Zone IX) Abhishek Trimukhe.

The late actor was consulting these mental health professionals and hence their statements were recorded as part of the ongoing probe, police said.

Rajput was undergoing treatment for depression since November 2019, they said.

Rajput, 34, was found hanging in his suburban Bandra apartment on June 14 in what the police claimed was a case of suicide. In the initial investigation, the Mumbai police had found that the actor was under medication for depression.

So far, the police have recorded statements of over 36 people, including director Sanjay Leela Bhansali, Bollywood casting director Mukesh Chhabra, actress Sanjana Sanghi and Rajput's friend Sandip Singh, among others.

Rajput's friend, actor Rhea Chakraborty, has also given her statement to the police.

Filmmaker Aditya Chopra recorded his statement in connection with the case at the Versova Police Station on Saturday.

Rajput starred in films such as 'Shuddh Desi Romance', 'Raabta', 'Kedarnath' and 'Sonchiriya'. But his most prominent role came as cricketer Mahendra Singh Dhoni in the biopic, 'MS Dhoni: The Untold Story'. 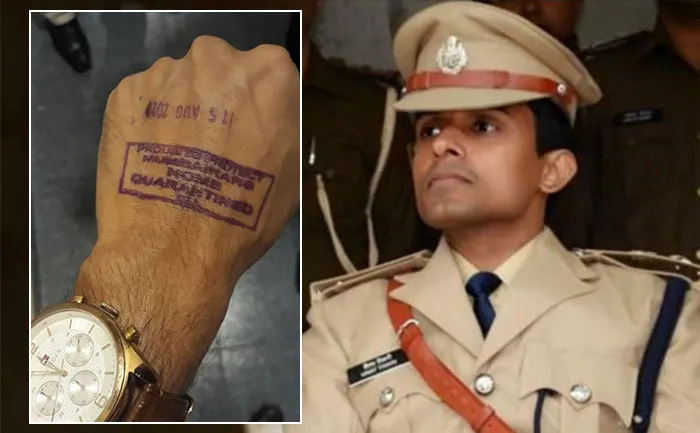 Patna, Aug 3: Bihar DGP Gupteshwar Pandey on Sunday charged that Vinay Tiwari, the IPS officer from Patna who is in Mumbai to probe a case related to Bollywood actor Sushant Singh Rajput's death, has been "forcibly quarantined" by civic authorities in the metropolis.

Tiwari is heading a Bihar Police team which is in Mumbai to investigate an ''abetment to suicide'' case on the basis of a complaint filed by the late actor's father in Patna.

"IPS officer Vinay Tiwari reached Mumbai today from Patna on official duty to lead the police team there but he has been forcibly quarantined by BMC officials at 11 PM today," Bihar Director General of Police (DGP) Pandey tweeted.

"He was not provided accommodation in the IPS mess, despite request, and was staying in a Guest House in Goregaon," he said.

Sushant's sister Shweta Singh Kirti has tweeted, " What? Is this even for real? How can an officer sent on duty be quarantined for 14 Days?".

Rajput, 34, was found hanging from the ceiling of his Bandra residence on June 24 last.

Last month, Rajput's father lodged an FIR here of abetment to suicide naming actress Rhea Chakraborty, said to be close to the deceased Patna-born actor, and her family members as accused. Tiwari was posted as the City SP (East) in Patna.

The Mumbai Police, which is also probing the death case, have so far recorded statements of nearly 40 people, including those from Rajput's family, his cook and people from the film industry that include filmmaker Mahesh Bhatt, film critic Rajeev Masand, director-producer Sanjay Leela Bhansali and filmmaker Aditya Chopra.