‘This is the best religion,’ says ex-UP Shia Waqf Board chief Waseem Rizvi as he converts to Hinduism 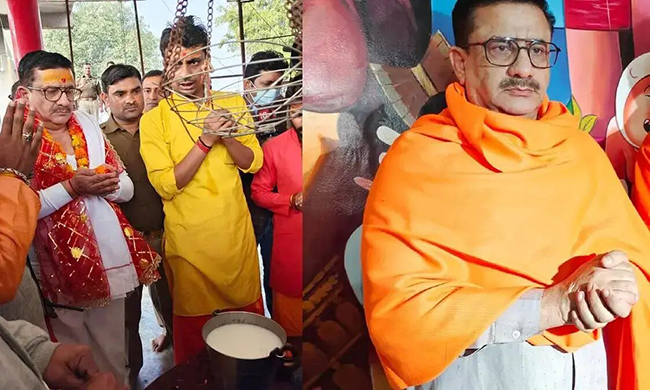 Lucknow, Dec 6: Controversial ex-Uttar Pradesh Shia Waqf Board chairman Waseem Rizvi, who was recently excommunicated from Islam by the Shia clerics, converted to Hinduism on Monday.

Rizvi, who was often in the news for criticising the Sharia and Muslim clerics and was considered close to the BJP, converted at a temple at Dasna in UP's Ghaziabad district. Rizvi later said that he had changed his name to Jitendra Narayan Singh Tyagi.

Rizvi converted amid chanting of Vedic mantras and rituals performed by the head of the Narsimhananda Sarswati temple.

Speaking to reporters after converting, Rizvi alias Jitendra said that the 'Sanatan Dharma' was the 'best' religion in the world. "I have been excommunicated from Islam...the Muslim clerics had issued fatwa to behead me. I am free to convert to any religion I wish, and no one should have any objection to it," he added.

Rizvi had recently released his will stating that he wished to be cremated and not buried after his death. "I would like to be cremated in accordance with the Hindu traditions," he had said in his Will.

Rizvi had earned the wrath of the Muslim clerics after he had sought removal some couplets of the Quran and filed a petition in the court claiming that they were against the humanity as they supported terrorism.

Although his petition was rejected by the court, he authored a book on Islam in which he did not include 26 verses of the Quran. A police complaint was also filed against Rizvi by AIMIM chief Asauddin Owaisi in Hyderabad in this regard. 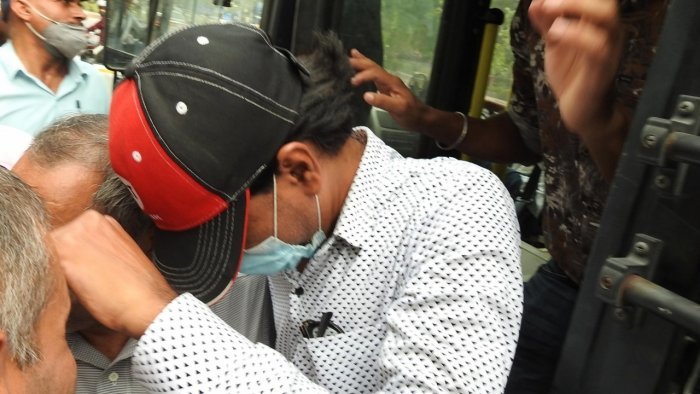 Journalists should not be jailed for “what they write, what they tweet and what they say” and it is important that people be allowed to express themselves freely without the threat of any harassment, a spokesperson for UN Secretary General Antonio Guterres has said referring to the arrest of Alt News co-founder Mohammed Zubair in India.

Zubair was arrested by the Delhi Police on Monday after a self proclaimed Hanuman Bhakt claimed that he hurt him by posting a Bollywood film screenshot.

“I think, first of all, in any place around the world, it is very important that people be allowed to express themselves freely, journalists be allowed to express themselves freely and without the threat of any harassment,” Stephane Dujarric, Spokesman for the Secretary-General, said on Tuesday while responding to a question at the daily news briefing here on Zubair’s arrest.

“Journalists should not be jailed for what they write, what they tweet and what they say. And that goes for anywhere in the world, including in this room,” Dujarric said in response to another question by a Pakistani journalist on whether he is also calling for Zubair's release from custody.

“The arrest of journalist Mohammad Zubair marks another low for press freedom in India, where the government has created a hostile and unsafe environment for members of the press reporting on sectarian issues,” said Steven Butler, CPJ’s Asia programme coordinator, in Washington, DC.

“Authorities must immediately and unconditionally release Zubair, and allow him to pursue his journalistic work without further interference," he said.

UN Human Rights has voiced concern over the arrest and detention of social activist Setalvad and called for her immediate release.

“#India: We are very concerned by the arrest and detention of #WHRD @TeestaSetalvad and two ex police officers and call for their immediate release. They must not be persecuted for their activism and solidarity with the victims of the 2002 #GujaratRiots," UN Human Rights tweeted Tuesday.

A court in Ahmedabad on Sunday remanded Setalvad and former state director general of police RB Sreekumar in police custody till July 2 in a case of fabricating evidence to frame innocent persons in connection with the 2002 Gujarat riots. Former IPS officer and accused Sanjiv Bhatt, who is serving life sentence in a custodial death case and is lodged in a jail in Palanpur in Banaskantha district, will be brought to Ahmedabad on a transfer warrant.

Setalvad, Sreekumar and Bhatt are accused of abusing the process of law by conspiring to fabricate evidence with an attempt to frame innocent people for an offence punishable with capital punishment in connection with the 2002 Gujarat riots. 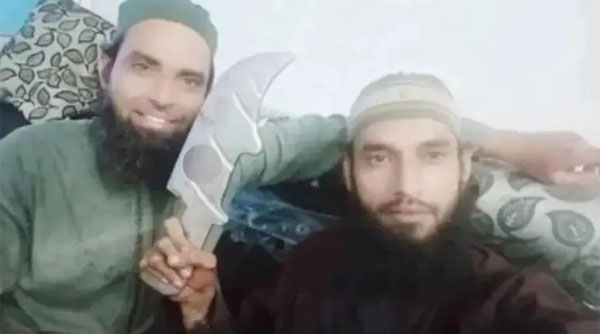 After the police revealed the Pakistani links of Riyaz Attari and Mohammad Ghaus, who beheaded tailor Kanhaiya Lal in Udaipur, it has come to light that the duo was in touch with the local leaders of Bharatiya Janata Party for past few years.

Soon after committing the crime, the duo had filmed themselves brandishing a meat cleaverand calling the human slaughter they committed an act of retribution against insulting the Prophet, drawing entire nation’s attention towards them.

Meanwhile, quoting local sources, several media reports claimed that Riyaz Attari, appeared to have made his way into BJP events through its loyalists.

An Image which went viral on social media shows a leader of the BJP’s Minority Morcha in Rajasthan, Irshad Chainwala, garlanding Attari in 2019.

Chainwala’s own association with the local BJP unit dates back to more than a decade. Meanwhile, he admitted before media that Riyaz used to attend BJP events in Udaipur.

“Yes, it’s mine,” the BJP leader said when shown the photo. “I garlanded him because he had come back from Umra,” he was quoted as saying by ‘India Today’.

“Did he attend BJP events?” the reporter asked.

“He did. Somebody would accompany him. He attended many events of Gulab Ji (BJP leader Gulab Chand Kataria),” Chainwala replied.

“He would come on his own. He said he wanted to work with the party,” Chainwala recounted.

A close friend of BJP worker

Riyaz Attari got into BJP events through a man called Mohammad Tahir, whom Chainwala described as a party worker.

“Tahir Bhai is our worker,” Chainwala said. “Tahir Bhai was close to Riyaz.” Both Tahir and Riyaz could be seen pictured in photos together. 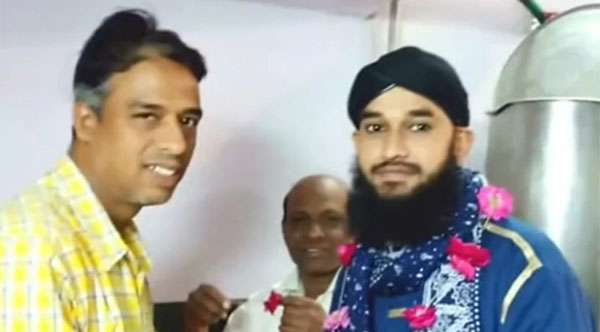 Bengaluru, July 4: Karnataka High Court Justice H.P. Sandesh on Monday lashed out at the authorities saying that he received a transfer threat as a result of his remarks against the Anti-Corruption Bureau (ACB).

While looking into the bail plea of the accused who was caught red-handed accepting a bribe at the Bengaluru Urban District Commissioner's office, Justice Sandesh said that he is ready to be transferred.

"I am ready for it for the good of people. Your ACB ADGP (Seemanth Kumar Singh) seems to be a powerful person. Somebody has told me this to my colleague. I have been informed about it by a judge. The threat of transfer will be recorded in the order," Justice Sandesh stated.

The counsel for the government in the case informed the bench headed by Justice Sandesh that the information regarding 'B-reports' (closure reports) had already been given to the division bench.

Earlier, the bench had directed the authorities to submit all closure reports filed till date. The court had underlined that the ACB had been turned into a collection centre. Closure reports are filed on those who were caught red-handed taking bribes, the bench stated.

"The second accused in the DC office raid case was appointed on a contract basis for the job of collection of money. You have been filing B-reports on those who were caught red-handed. Why are you not furnishing details to me, while the information has already been given to the division bench?" Justice Sandesh questioned the counsel for ACB.

"Are you protecting the public or tainted persons? The black coat is not for the protection of the corrupt. Corruption has become cancer and it should not reach the 4th stage. The officers are being extorted after threatening them with search warrants," Justice Sandesh noted.

"What should be done when the fence eats up the crop? The service records of ACB ADGP have not been produced before the court. You have reached a stage of issuing threats to the judge. The whole state is mired in corruption. If Vitamin M (money) is there, you (ACB) will protect anyone," he said.

The bench directed the DPAR Secretary to present before the court. The ruling BJP had transferred Bengaluru Urban District Commissioner J. Manjunath following the previous observation by the bench.