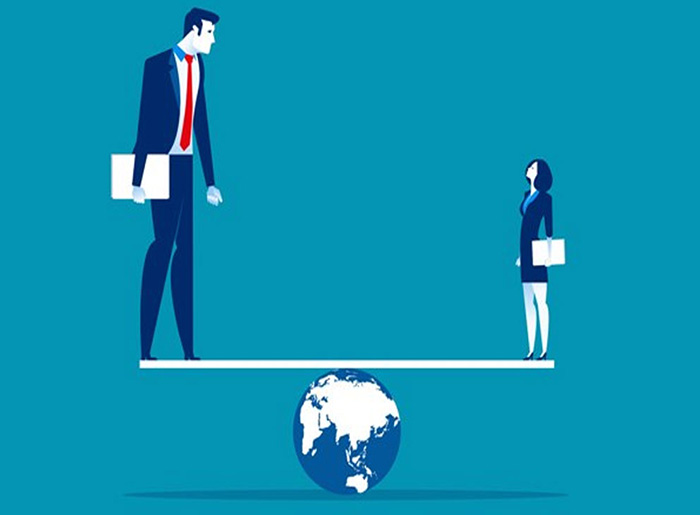 According to the report, India has closed 62.5 per cent of its gender gap till date.

The country had ranked 112th among 153 countries in the Global Gender Gap Index 2020.

Noting that the decline also took place on the economic participation and opportunity subindex, albeit to a lesser extent, the report said India's gender gap on this dimension widened by 3 per cent this year, leading to a 32.6 per cent gap closed till date.

Most of the decline occurred on the political empowerment subindex, where India regressed 13.5 percentage points, with a significant decline in the number of women ministers (from 23.1 per cent in 2019 to 9.1 per cent in 2021).

"Among the drivers of this decline is a decrease in women's labour force participation rate, which fell from 24.8 per cent to 22.3 per cent. In addition, the share of women in professional and technical roles declined further to 29.2 per cent. The share of women in senior and managerial positions also remains low: only 14.6 per cent of these positions are held by women and there are only 8.9 per cent firms with female top managers," the report said.

Further, the estimated earned income of women in India is only one-fifth of men's, which puts the country among the bottom 10 globally on this indicator, it said.

Discrimination against women is also reflected in the health and survival subindex statistics. With 93.7 per cent of this gap closed to date, India ranks among the bottom five countries in this subindex.

Wide gaps in sex ratio at birth are due to the high incidence of gender-based sex-selective practices. In addition, more than one in four women has faced intimate violence in her lifetime, the report said.

"Conversely, 96.2 per cent of the educational attainment subindex gender gap has been closed, with parity achieved in primary, secondary and tertiary education. Yet, gender gaps persist in terms of literacy: one third of women are illiterate (34.2 per cent) compared to 17.6 per cent of men," it added.

Among regions, South Asia is the second-lowest performer on the index, with 62.3 per cent of its overall gender gap closed.

"India is the third-worst performer in the region, having closed 62.5 per cent of its gap. Because of its large population, India's performance has a substantial impact on the region's overall performance," the report said.

In South Asia, only Pakistan and Afghanistan ranked below India.

The report stated that India, home to 0.65 billion women, has widened its gender gap from almost 66.8 per cent one year ago to 62.5 per cent this year.

In Pakistan and Afghanistan, the income of an average woman is below 16 per cent of that of an average man, while in India it is 20.7 per cent, it said.

As the impact of the Covid-19 pandemic continues to be felt, the global gender gap has increased by a generation from 99.5 years to 135.6 years, the report noted.

Now in its 15th year, the report benchmarks the evolution of gender-based gaps in four areas: economic participation and opportunity, educational attainment, health and survival, and political empowerment. It also examines the drivers of gender gaps and outlines the policies and practices needed for a gender-inclusive recovery. 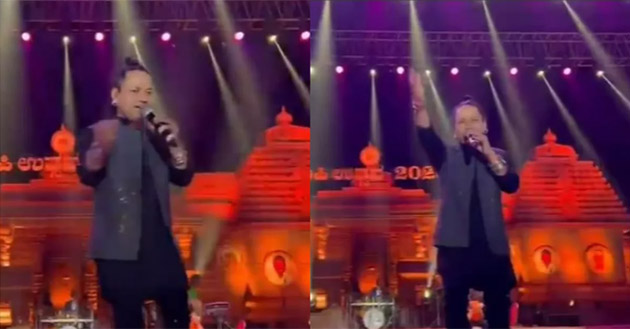 ‘Work together for health and prosperity’: Karnataka governor’s R-Day message 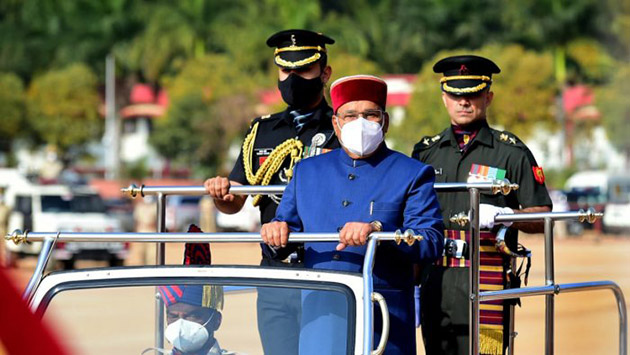 Bengaluru, Jan 26: "In the next 25 years of the golden period of Amritkal, it is our duty to construct a respectable and developed India, which will make our nation the crown of the world," said Karnataka Governor Thawarchand Gehlot on Thursday.

Addressing the public on the occasion of the 74th Republic Day celebrations at the Manekshaw Parade Ground in the city on Thursday, Gehlot emphasised the citizens' commitment to strive for the country's development and celebrate its achievements.

Calling Karnataka one of the progressive states in the country, he provided a brief update of the 14 schemes implemented in the state as part of the 'Azadi ka Amrit Mahotsav' programme. These schemes and programs range from employment generation, agriculture, housing, education, and health, to entrepreneurship, industry, women empowerment and more.

"Karnataka stands fourth in the latest SDG India Index report 2020-21," the Governor said, adding that it retains its position as the most innovative state and is the best performing state under the Startup Ranking of the states by Government of India.

"I have faith that all of you will not just take active part in public life, but also encourage everyone to contribute to our nation's progress," he said.

Speaking after paying tributes to the martyrs at National War Memorial, Chief Minster Basavaraj Bommai wished the people on the occasion of RD celebrations. "Our country is modern and progressive and humane and marching forward with the theme of Sab Ka Saath, Sab Ka Vikas, Sab Ka Prayas", he said. He urged people to dedicate themselves to the Constitution and vow to work for the progress of the nation.