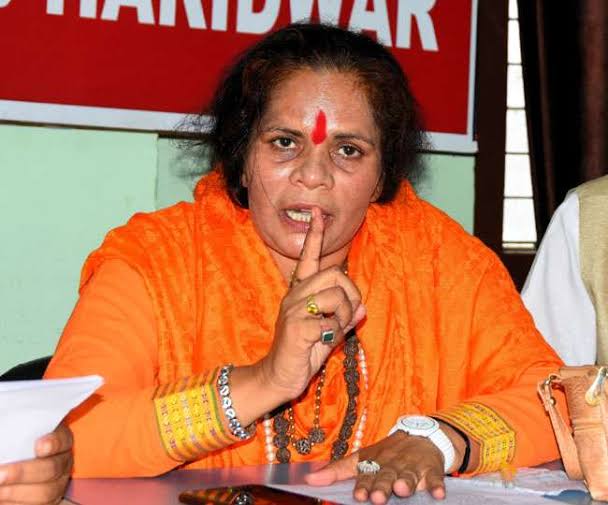 Within days of offering of 'namaz' at a Mathura temple followed by recital of 'Hanuman Chalisa' in mosques, controversial VHP leader Sadhvi Prachi threatened to perform 'havan' (a Hindu ritual by fire) in the oldest mosque in Lucknow to protest 'desecration' of temples.

''I will be performing havan in the oldest mosque in Lucknow....it will also help in checking pollution,'' Sadhvi Prachi told reporters in Bareilly on Saturday.

Launching attacks on those supporting 'namaz' in temples saying it would help strengthen communal harmony, the saffron leader said that most of the mosques in the country were constructed after 'demolishing' the temples.

She also demanded capital punishment for those indulging in 'love jihad' (a thing that doesn’t exist but the Sangh Parivar uses the term to refer love and marriage between Muslim boys and Hindu girls) ''They should be hanged publicly,'' she said.

Sadhvi Prachi's controversial remarks, however, came in for sharp criticism from the saints from Ayodhya, who asked the saffron leader not to give statements, which vitiated the communal atmosphere in the country.

''She should refrain from making such statements and let the police handle such matters,'' said Satyendra Das, the chief priest of the makeshift Ram Temple in Ayodhya.

Barely a few days ago, BJP lawmaker Sangeet Som had called for 'tit for tat' action in cases of alleged 'love jihad' without waiting for action by the police.
Uttar Pradesh chief minister Yogi Adityanath had also warned that those indulging in 'love jihad' should be ready for 'Ram Naam Satya' journey (Hindu funeral chant during the last journey).

Adityanath had also said that the state government would soon enact a law to deal with the cases of 'love jihad'.

Worshippers not killed during prayers even in India or Israel; it happened in Pak: Defence Minister 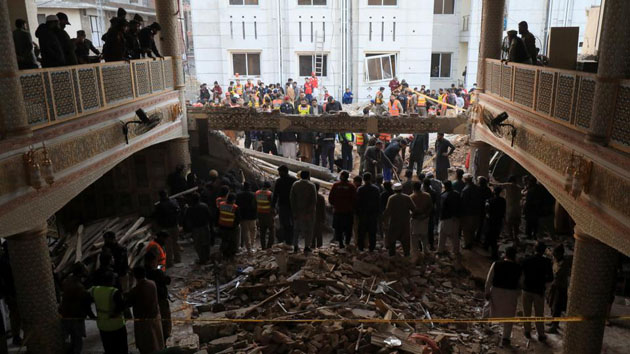 Islamabad, Feb 1: Speaking on the deadly suicide bombing inside a mosque in Peshawar on Tuesday, Pakistan Defence Minister Khwaja Asif said worshippers were not killed during prayers even in India, the Dawn reported.

Expressing his views on the attack at the National Assembly, Asif said, "Worshippers weren't killed during prayers even in India or Israel but it happened in Pakistan."

The explosion took place in the central hall of the mosque on Monday around 1 pm.

Calling for unity in the fight against terrorism, the minister said it was time for Pakistan to set its "house in order," according to Dawn.

Recalling terrorism incidents from 2010- 2017, the minister said, "This war started from Swat during the PPP's tenure and it was concluded during the PML-N's previous tenure, and peace was established in the country from Karachi to Swat."

"But if you remember, a year-and-a-half or two years ago [...] we were given a briefing two, three times in this same hall in which it was clearly stated that talks could be carried out against these people and they can be brought toward peace," he added.

Asif said varying opinions had risen on the matter but despite that, no "conclusive decision" was taken.

He further stated that thousands of people were left without jobs after the Afghans came and settled in Pakistan, the Dawn report stated, adding that Asif also said the first proof surfaced when the people of Swat protested against the resettled people.

He noted that the people of Wana also protested and expressed similar emotions. "I am mentioning these incidents because of the tragedy that occurred yesterday [...] the terrorist was standing in the frontline during Zuhr prayers where he detonated himself," he said.

Asif said the prime minister and the army chief visited Peshawar where they were given a briefing on the attack. "But this is a tragedy where we require the same resolve and unity which was expressed in 2011-2012," the minister said.

"I will not talk for long but I will say briefly that at the start, we sowed the seeds for terrorism," the Defence minister said.

He said that when Russia invaded Afghanistan, Pakistan offered its services to the United States 'on rent'. "General Zia was the ruler at the time [...] the agreement made with the US went on for eight to nine years after which the US went back to Washington celebrating the fact that Russia was defeated," he added.

Meanwhile, India, on Tuesday, condoled the loss of lives in the deadly mosque attack.

Taking to Twitter, MEA Spokesperson Arindam Bagchi posted, "India extends its deep condolences to the families of the victims of the terror attack in Peshawar yesterday. We strongly condemn this attack, which has taken the lives of so many people."