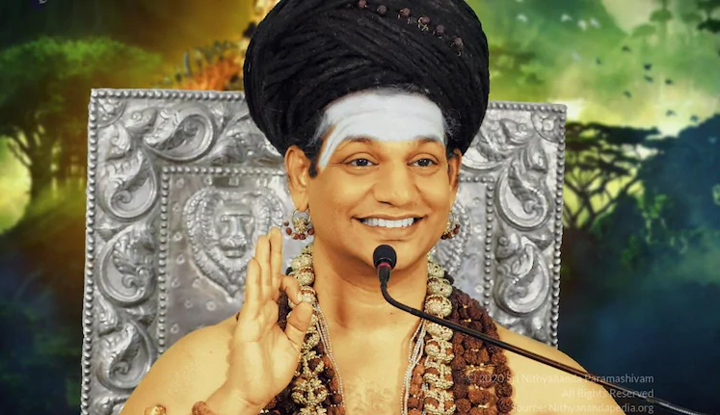 New Delhi, Aug 22: The "Reserve Bank of Kailasa" was launched by rape-accused fugitive Indian godman Nithyananda from a remote foreign location where he is hiding. The financial institution would be modelled around the the structure of Vatican Bank, said Nithyananda in an address through his team's YouTube channel.

Nithyananda, in the video, claimed that over 300 economic policy documents of the ancient Hindu society and hundreds of research papers were analysed by his team before formulating the "Hindu economic policy". He also unveiled the official currency of Kailasa - named as "Kailashian Dollar" and is made of gold.

He further claimed that he was awaiting the auspicious occasion of Ganesh Chaturthi to officially unveil the Reserve Bank of Kailasa. By Kailasa, he refers to the remote island where he has set up a nation based on his ideology of Hinduism.

While reports claim that Kailasa is based in a remote island located off the coast of Ecuador, the government of Ecuador has denied selling any island to the tainted godman or his associates.

In a statement issued on the official website of Kailasa, it states that the country is for those Hindus who have been "dispossessed of the right" to practise authentic Hinduism in their own lands.

The name of Kailasa first propped up in November last year, after the Indian agencies launched a search operation to ban Nithyananda. He had failed to answer court summons issued in over 50 cases. In an address shared on social media, Nithyananda had then announced the formation of his new nation with him being designated as the "Prime Minister".