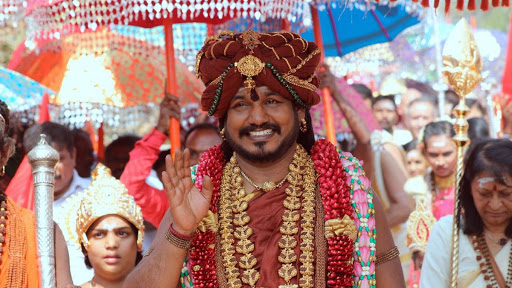 New Delhi, Dec 19: Swami Nithyananda, the high-profile, self-styled godman who founded a country, is now planning to have atleast 1 lakh people to settle in 'Kailasa'.

"I am planning for atleast 100,000 people to settle in #KAILASA," Nithyananda announced on Friday on the occasion of International Migrants Day.

"Migration due to globalisation advances communication, transportation should be encouraged. But migration due to man made calamity needs to be addressed," he added.

He has also set up a Reserve Bank in Kailasa. Nithyananda has now started issuing visas for visitors. The visas are being issued for a visit to Kailasa, a Hindu sovereign nation, that was set up by the absconding godman.

A rape accused in India, Nithyananda also announced that a flight will ferry visitors from Australia to the country he founded, 'Kailasa'. It is not clear if or where Kailasa is.

I want the whole country to become more advanced than India