Riyadh, Jul 1: Saudis braced Wednesday for a tripling in value added tax, another unpopular austerity measure after the twin shocks of coronavirus and an oil price slump triggered the kingdom's worst economic decline in decades.

Retailers in the country reported a sharp uptick in sales this week of everything from gold and electronics to cars and building materials, as shoppers sought to stock up before VAT is raised to 15 percent.

The hike could stir public resentment as it weighs on household incomes, pushing up inflation and depressing consumer spending as the kingdom emerges from a three-month coronavirus lockdown.

"Air conditioner, television, electronic items," he said, rattling off a list of items he bought last week ahead of the VAT hike.

"I can't afford these things from Wednesday."

With its vast oil wealth funding the Arab world's biggest economy, the kingdom had for decades been able to fund massive spending with no taxes at all.

It only introduced VAT in 2018, as part of a push to reduce its dependence on crude revenues.

Then, seeking to shore up state finances battered by sliding oil prices and the coronavirus crisis, it announced in May that it would triple VAT and halt a cost-of-living monthly allowance to citizens.

The austerity push underscores how Saudi Arabia's once-lavish spending is becoming a thing of the past, with the erosion of the welfare system leaving a mostly young population to cope with reduced incomes and a lifestyle downgrade.

That could pile strain on a decades-old social contract whereby citizens were given generous subsidies and handouts in exchange for loyalty to the absolute monarchy.

The rising cost of living may prompt many to ask why state funds are being lavished on multi-billion-dollar projects and overseas assets, including the proposed purchase of English football club Newcastle United.

Shopping malls in the kingdom have drawn large crowds in recent days as retailers offered "pre-VAT sales" and discounts before the hike kicks in.

A gold shop in Riyadh told AFP it saw a 70 percent jump in sales in recent weeks, while a car dealership saw them tick up by 15 percent.

Once the new rate is in place, businesses are predicting depressed sales of everything from cars to cosmetics and home appliances.

Capital Economics forecast inflation will jump up to six percent year-on-year in July, from 1.1 percent in May, as a result.

"The government ended the country's lockdown (in June) and there are signs that economic activity has started to recover," Capital Economics said in a report.

"Nonetheless, we expect the recovery to be slow-going as fiscal austerity measures bite."

The kingdom also risks losing its edge against other Gulf states, including its principal ally the United Arab Emirates, which introduced VAT at the same time but has so far refrained from raising it beyond five percent.

But the kingdom has few choices as oil revenue declines.

Its finances have taken another blow as authorities massively scaled back this year's hajj pilgrimage, from 2.5 million pilgrims last year to around a thousand already inside the country, and suspended the lesser umrah because of coronavirus.

Together the rites rake in some $12 billion annually.

The International Monetary Fund warned the kingdom's GDP will shrink by 6.8 percent this year -- its worst performance since the 1980s oil glut.

The austerity drive would boost state coffers by 100 billion riyals ($26.6 billion), according to state media.

But the measures are unlikely to plug the kingdom's huge budget deficit.

The Saudi Jadwa Investment group forecasts the shortfall will rise to a record $112 billion this year.

Dubai, Jul 14: The UAE-based parents of children under 12 stranded in India are in a tight spot with multiple airlines refusing to accept unaccompanied minors.

Starting July 12, Indians wanting to return to the UAE have been given a 15-day window to travel back on the condition that they have valid residency permits. They also have to produce a negative Covid-19 test result.

But parents of minors said they are feeling helpless as children are unable to avail of the travel opportunity despite having return permits.

"It has been more than three months since my daughter has been stuck in India. We have GDRFA approval for her but the airlines are not accepting her booking, saying she is under 12," Poonam Sapre, a Dubai-based mother, told Khaleej Times.

Her daughter Eva Sapre, 10, is in Hyderabad and is awaiting a reunion with her parents.

"She is just 10 and it has already taken an emotional toll on her. She is eager to come back and is asking me every day about her return. This is so frustrating."

Barring Emirates and Etihad, other airlines including flydubai, Air Arabia and Air India Express are not accepting unaccompanied minors. With India extending the travel freeze till July 31, normal flights are yet to resume and only special flights are allowed between India and UAE under a bilateral agreement.

Sapre said only flydubai is flying the Hyderabad-Dubai route, and the carrier has restrictions on minors travelling alone. "My daughter is too young to fly through indirect routes," claims the mother.

When Khaleej Times reached out to the airlines for comment, they confirmed that such rules on unaccompanied minors were already in place even before Covid-19 travel restrictions came into effect.

Another Dubai-based distressed parent, who did not want to be named, said her eight-year-old son is in Kerala and is unable to fly due to airline policies on unaccompanied minors.

"I called up Air India Express and they said this has been their rule even before the Covid-19 outbreak. I am appealing to them to re-consider and make an exception during these trying times so that our children can come home safely," she said.

Faced with this eventuality, some parents are forced to fly out of the UAE so they can accompany their children on the flight back home.

An Indian mother, who is currently in Mumbai, said she flew out of Dubai on Monday morning solely for the purpose of bringing back her twin daughters, aged 10.

"I had no choice. Ideally, they could have travelled together, but under these circumstances I thought it best to get them with me personally," said the mother.

Abu Dhabi, Jul 23: Muslims in the United Arab Emirates have been asked to perform Eid Al-Adha prayers at home even as mosques will be allowed to operate at an increased capacity of 50 percent from Aug. 3.

Mosques in the UAE have been operating at 30 percent capacity after they reopened on July 1.

Announcing the move, Dr. Saif Al Dhaheri, the official spokesman for the National Emergency, Crisis and Disasters Management Authority, stated that after assessing the situation and coordinating with the concerned authorities, it was decided that Eid Al-Adha prayers would be conducted in homes and takbeers broadcast through visual and audio means.

He also announced that the Emirates Fatwa Council has recommended that donations and sacrifices should be to official charitable causes in the country only.

Al Dhaheri advised the public to donate during this time to the official charitable bodies in the country with sacrifices and donations, through smart applications concerned with sacrifices or through slaughterhouses outlined by the local authorities that guarantee the application of precautionary and preventive measures and provide remote services without the need to enter livestock markets or slaughterhouses.

Al Dhaheri stressed the need to avoid family visits and gatherings, and replace them using electronic means of communication or phone contact, as well as refraining from distributing Eid gifts and money to children and individuals during this occasion recommending to instead use of electronic alternatives.

Al Dhaheri pointed out that it is necessary to avoid visiting pregnant women, children and those with chronic diseases who are most vulnerable to COVID-19 and not to allow them to leave the home and avoid going out to public places to preserve their health and safety. 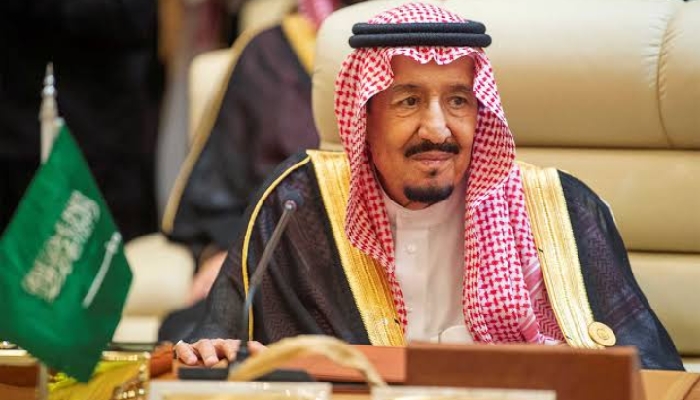