New Delhi, Nov 20: There is good news coming in for the cricket fanatics in the country as BCCI secretary Jay Shah on Saturday made it clear that the 15th edition of the Indian Premier League (IPL) will take place in India.

Shah confirmed the latest development during the 'The Champions Call' event in Chennai, organised to celebrate Chennai Super Kings' victory in IPL 2021.

"I know you all are waiting to see CSK play at Chepauk. Well, the moment is not very far. The 15th season of the IPL will take place in India and it will be more exciting than ever with two new teams joining," Jay Shah said, adding, "we have a mega auction coming up, so it will be interesting to see what the new combinations look like."

In October, the national cricket board had confirmed that franchises from Lucknow and Ahmedabad will be added to the 2022 edition of the lucrative league, making it the only second edition of the tournament to have ten teams.

The 2021 edition of the IPL began in India but it was suspended midway through the tournament due to multiple Covid-19 cases in the camps of participating franchises.

The season was then completed in September-October later this year in the United Arab Emirates (UAE). Earlier, the entire 2020 IPL also took place in the UAE. 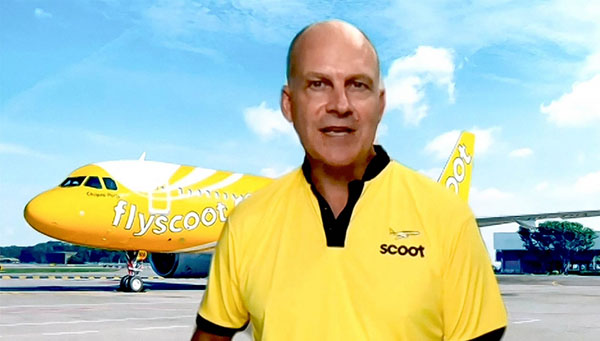 New Zealand-born Wilson, 50, will step down from his current role on June 15, Singapore Airlines said.

Tata Sons completed its purchase of the previously state-owned Indian national carrier in January and has been searching for an executive to lead a major turnaround plan.

Wilson's appointment comes after Turkey's Ilker Ayci decided not take on the role of chief executive of Air India after the announcement of his appointment led to opposition in India over his previous political links.

Tata Sons said in a statement Air India's board approved the appointment of Wilson subject to requisite regulatory approvals.

The appointment of a foreign national as CEO of an airline in India requires government clearance before it can proceed.

Wilson will be replaced at Scoot by Leslie Thng, the current senior vice president, sales and marketing, at Singapore Airlines.

Punjab on high alert after grenade attack on intelligence HQ; probe on to determine if it was a ‘terror attack’ 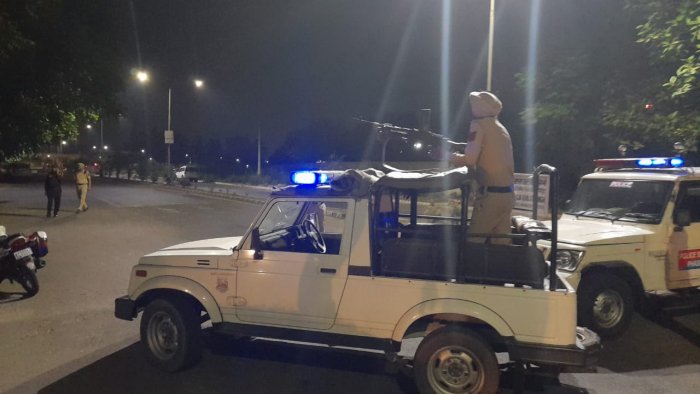 Mohali, May 10: A rocket-propelled grenade hit the Intelligence Wing headquarters of Punjab Police in Mohali last night, shattering windowpanes on one of the floors of the building, police said. No one, however, was injured in the explosion, which political parties termed "disturbing" and "shocking". The explosion took place at around 7.45 pm at the office located at sector 77 in Mohali.

The windowpanes on one of the floors of the building were shattered because of the explosion. “A minor explosion was reported at the Punjab Police Intelligence Headquarters in sector 77, SAS Nagar at around 7.45 PM. No damage has been reported. Senior officers are on the spot and an investigation is being done. Forensic teams have been called,” the Mohali police said in a statement.

The police have cordoned off the area and an alert has been sounded. A police official told reporters that there was no casualty in the incident. “A minor blast took place at the intelligence building. The investigation is going on and our senior officials are on the spot,” the police official said. “The blast took place with a rocket type fire. There is no casualty,” said the official. He further said the forensic teams have also reached the spot. He said an FIR was being lodged over the incident. Asked if it was a terror attack, he said the investigation was going on.

A quick reaction team of the Chandigarh police was also deputed near the Intelligence office building. Senior officials of the Punjab police have reached the spot. Police said a search operation has been launched to nab the culprit. The explosion came close on the heels of the recovery of an explosive device near Burail Jail in Chandigarh on April 24.

Former Punjab Chief Minister Amarinder Singh expressed shock over the explosion and urged Chief Minister Bhagwant Mann to take strict action against those who were behind this incident. “ Shocked to hear about the blast at the @PunjabPoliceInd Intelligence headquarter in Mohali. Thankfully nobody was hurt. This brazen attack on our police force is deeply concerning and I urge CM @BhagwantMann to ensure perpetrators are brought to justice at the earliest,” said Singh in a tweet.

Former Punjab Home Minister and Congress MLA Sukhjinder Singh Randhawa dubbed the explosion as a “sign of deep communalism”. “The bomb blast in Mohali is a sign of deep communalism. I strongly condemn this incident and urge the @PunjabPoliceInd to investigate and take stern action against those who are intent on disturbing the peace of Punjab,” said Randhawa who is also a legislator from Dera Baba Nanak. 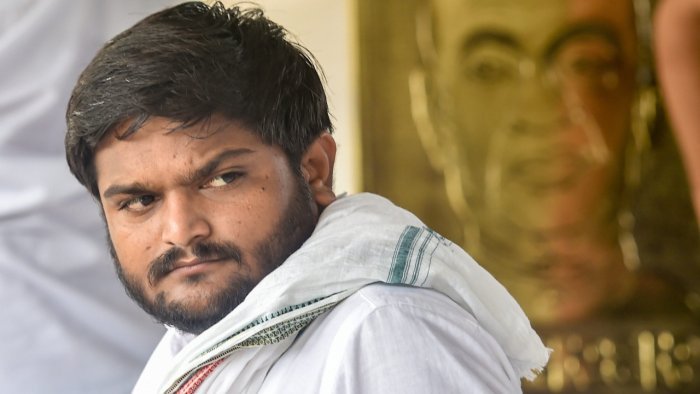 Ahmadabad, May 18: In a major blow to the Congress, working president of the party's Gujarat unit and popular Patidar community leader Hardik Patel has resigned from Congress, weeks after he praised prime minister Narendra Modi and Bharatiya Janata Party for being a "decisive party" while criticising his own for "ignoring" him.

Hardik announced the decision on his Twitter account stating, "Today, with courage I resign from the post and party's primary membership. I hope all my friends and people of Gujarat will welcome my decision. I believe that with my decision, I will be able to work positively for the future of Gujarat."

Hardik also attacked his resignation letter, addressed to party president Sonia Gandhi, in the tweet. It said, "Despite several attempts to steer the Congress in the right direction, the party has constantly been working against the interest of my country and our society..."

The letter reads, "Over the last 3 years I have found that the Congress party and its leadership both at central and state level have been merely reduced to opposing everything, whereas the people always seek an alternative that thinks of their future and is capable of taking India ahead. Be it Ram Mandir in Ayodhya, revocation of Article 370 from Jammu and Kashmir, implementation of GST-India wanted solutions for these subjects for a long time and Congress only played the role of a roadblock and was always only obstructive."

"Lack of seriousness about all issues is a major problem with the Congress party's senior leadership..," Hardik's resignation letter stated. It adds without naming anyone in particular, "Whenever our country faced challenges and when the Congress needed leadership, Congress leaders were enjoying abroad! Senior leaders behave in a way like they hate Gujarat and Gujaratis".

Hardik shot to fame in 2015 for leading the agitation under the banner of "Patidar Anamat Andolan Samiti" seeking reservation for Patidar community in government jobs, education, among other sectors, and joined the Congress in March 2019 in the presence of party's then-president Rahul Gandhi in Gandhinagar in the run up to Lok Sabha polls.

A year later in July 2020, he was elevated to the post of working president of Gujarat unit, making him the youngest leader to hold this important post. However, barely six months later, the Patidar leader started feeling "frustrated" for not being given any specific role in the party. Besides, he also faced silent protest from the party leaders due to his promotion as working president despite being a newbie.

In February 2021, Hardik voiced his "frustration" for the first time for being "ignored" while talking to a news paper. The frustration is said to have kept growing. Last month, he made several statements alleging senior party leaders for "ignoring" him by not including him in party works such as press conferences, crucial meetings or keeping him in loop before appointing office-bearers in the party.

"Look at the responsibility a working president has in another state. They are in-charge of districts, part of decision making, among other crucial things. But, I haven't been given anything except this post, which has no use," Hardik had said in a recent meeting.