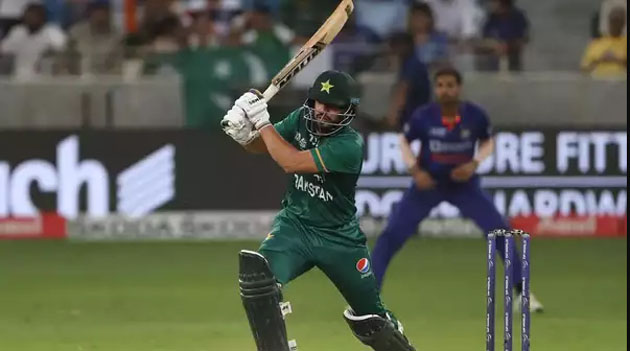 Dubai, Sept 4: Chasing a target of 182, Mohammad Rizwan smashed 71 off 51 balls to propel Pakistan to a five-wicket win over India in an Asia Cup Super-4 clash at the Dubai International Stadium.

Pakistan had got off to a shaky start after Babar Azam (14) was dismissed in the fourth over by Ravi Bishnoi. Fakhar Zaman too failed to leave his mark as he was dismissed on a score of 15 by Yuzvendra Chahal. Rizwan and Mohammad Nawaz then stitched a crucial partnership, adding 84 runs for the third wicket.

Both Rizwan and Nawaz (41) were dismissed in quick succession by Bhuvneshwar Kumar and Hardik Pandya, respectively. With Pakistan needing 26 off the last two overs, Bhuvneshwar leaked 19 runs in the penultimate over as the match slipper away from India's grasp.

Earlier, Virat Kohli starred with the bat as India posted a strong total of 181 for seven in 20 overs against Pakistan in the ongoing Asia Cup Super-4 clash. Pakistan have started off strong in the chase, with Rizwan hitting the first ball for a boundary and Babar Azam also finding the boundary in the first over.

Kohli hit a brilliant 60 off just 44 balls, hitting four boundaries and six. Kohli crossed the 50-run mark creaming a six over deep midwicket. He eventually got run out after a direct hit from the deep by Asif Ali. Rohit Sharma and KL Rahul had earlier given a strong start, collecting 54 runs in the first five overs.

However, India lost an array a wickets, which slowed down their momentum in the middle overs. Ravi Bishnoi struck two important boundaries, but got a helping hand from Fakhar Zaman, as India ended their innings on a positive note. Earlier, Pakistan had won the toss and opted to bowl. 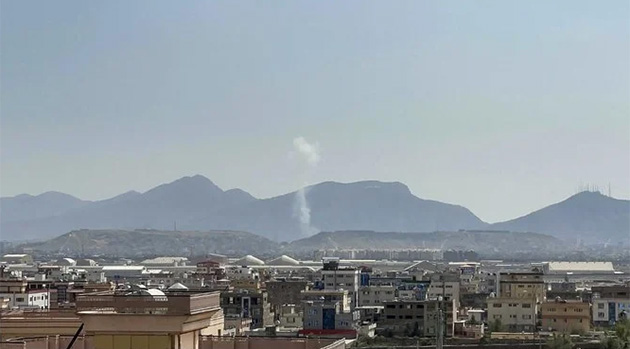 “Students were preparing for an exam when a suicide bomber struck at this educational center. Unfortunately, 19 people have been martyred and 27 others wounded,” Zadran said.

The blast happened in the Dasht-e-Barchi neighborhood, a predominantly Shiite Muslim area in western Kabul home to the minority Hazara community, the scene of some of Afghanistan’s most deadly attacks.

Videos posted online and photos published by local media showed bloodied victims being carried away from the scene.

The Taliban’s return to power in Afghanistan last year brought an end of the two-decade war and a significant reduction in violence, but security has begun to deteriorate in recent months under the hard-line Islamists.

Afghanistan’s Shiite Hazaras have faced persecution for decades, with the Taliban accused of abuses against the group when they first ruled from 1996 to 2001 and picking up again after they swept to power last year.

They are also the frequent target of attacks by the Taliban’s enemy the Daesh group. Both consider them heretics.

Countless attacks have devastated the area, with many targeting children, women and schools.

Last year, before the return of the Taliban, at least 85 people — mainly girl students — were killed and about 300 wounded when three bombs exploded near their school in Dasht-e-Barchi.

No group claimed responsibility, but a year earlier Daesh claimed a suicide attack on an educational center in the same area that killed 24, including students.

In May 2020, the group was blamed for a bloody gun attack on a maternity ward of a hospital in the neighborhood that killed 25 people, including new mothers.

Just months ago in April two deadly bomb blasts at separate education centers in the area killed six people and wounded at least 20 others.

Education is a flashpoint issue in Afghanistan, with the Taliban blocking many girls from returning to secondary school education, while Daesh also stand against the education of women and girls.

Thiruvananthapuram, Sept 23: A Kerala State Road Transport Corporation (KSRTC) bus was vandalised as sporadic incidents of violence were reported in various parts of Kerala as the dawn-to-dusk hartal called by radical Islamic outfit Popular Front of India (PFI) was underway in the southern state on Friday.

In Thiruvananthapuram, one auto-rickshaw and a car were damaged allegedly by people supporting the state-wise bandh.

The hartal was called by the PFI to protest against the raids in the offices and residences of its leaders and their subsequent arrests on Thursday by the NIA and other agencies for allegedly supporting terror activities in the country, a charge rubbished by the outfit as a blatant lie.

Local media reported that a petrol bomb was hurled at a vehicle which was carrying newspapers for distribution at Narayanpara in Kannur in the morning. In Alappuzha, KSRTC buses, a tanker lorry and some other vehicles got damaged in the stone pelting allegedly by those supporting the hartal call.

A 15-year-old girl and an auto-rickshaw driver suffered minor injuries in the stone pelting allegedly by PFI activists in Kozhikode and Kannur respectively. Meanwhile, Kerala police beefed up security in the state and issued directions to the district police chiefs to ensure law and order after the PFI called for a day-long state-wide hartal.

A statement issued by the police said stern action will be taken against those who violate the law. "All the policemen in the state will be deployed for the maintenance of law and order," the statement said. The PFI on Thursday had said a hartal will be observed in the state today "against the RSS-controlled fascist government's attempt to silence dissenting voices using the central agencies".

The hartal would be held from 6 am to 6 pm, A Abdul Sathar, state general secretary, PFI, had said in the statement.

On Thursday, PFI workers had taken out marches to the places where raids were carried out and raised slogans against the Centre and its investigating agencies. However, central forces were already deployed in all such places as part of strengthening security. Multi-agency teams spearheaded by the NIA had arrested 106 functionaries of the PFI on Thursday in near-simultaneous raids at 93 locations in 15 states for allegedly supporting terror activities in the country.