This Australian attack makes you work hard for every run, says Joe Denly 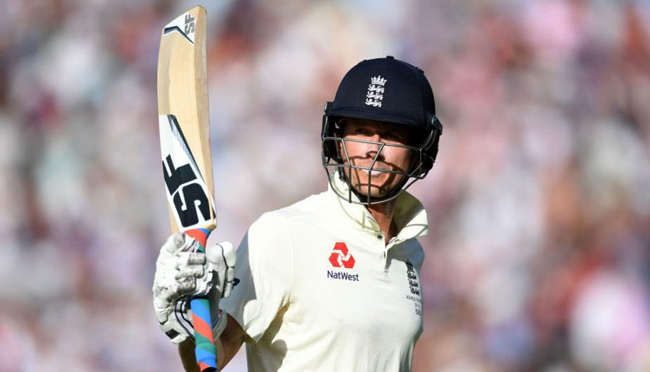 "Whenever you open the batting, there is an expectation to score runs and do well. It's been frustrating to get starts and not be able to capitalise. I felt very good today. It's a very good bowling attack we're coming up against. This Australian attack is certainly up there and makes you work hard for every run," International Cricket Council (ICC) quoted Denly as saying.

"It would have been nice to get to that milestone today, having worked so hard, but England is in a good position. Hopefully, I have impressed the selectors," he added.

The opening batter said that playing for England is a privilege and added that he is not in a position to demand a particular batting position.

"Wherever Joe Root asks me to bat, I don't think I am in a position to demand where I want to bat. To be playing for England is a privilege, certainly at my age. I did not think I will be here a couple of years ago, so to get the opportunity is very special. And if that opportunity to open presents itself again in the future, then I'd be happy to do it," Denly said.

England ended day three of the final Test in a strong position after extending their lead to 382.

Resuming day three at 9/0, England openers Rory Burns and Joe Denly were able to put up the first fifty-wicket opening stand in the entire series. However, soon after, Nathan Lyon ended their 54-run stand, as he sent Burns (20) back to the pavilion.

Skipper Joe Root (21) was also not able to put up a big score and Lyon had him caught at the hands of Steve Smith, reducing England to 87/2.

All-rounder Ben Stokes then joined Denly in the middle and the duo put up a 127-run stand, which saw both batsmen bringing up their half-centuries. Both batsmen ensured England keeps scoring at a brisk pace to further extend their lead.

Stokes (67) was finally sent back to the pavilion by Lyon to restrict the side to 214/3. Denly (94) was also dismissed within the span of eight runs by Peter Siddle to reduce England to 222/4.

Buttler played a knock of 47 runs and was finally sent back to the pavilion by Siddle.

Jofra Archer and Jack Leach ensured that the Three Lions does not lose any more wickets before the close of play. England ended day three at 313/8, with a lead of 382 runs.

England had scored 294 runs in their first innings, and bundled out Australia for 225, gaining a lead of 69.

This Australian attack makes you work hard for every run, says Joe Denly