Bumrah is the best bowler at this stage, says Sachin Tendulkar 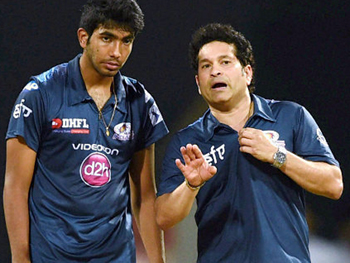 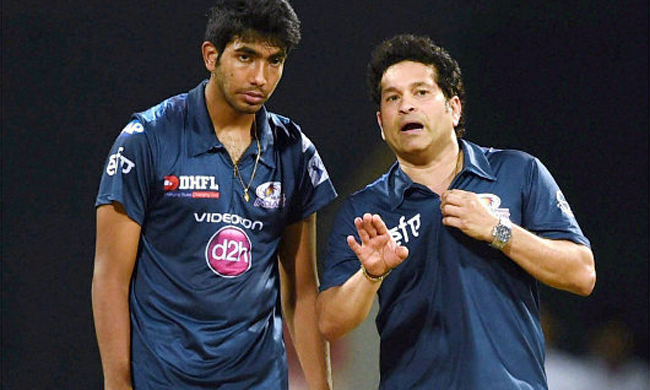 Mumbai, May 13: Cricketing legend Sachin Tendulkar called fast-bowler Jasprit Bumrah the "best bowler in the world at this stage" after he returned with 2/14 for Mumbai Indians, the 2019 Indian Premier League (IPL) champions.

"Without any doubt, I go on record and say that he (Bumrah) is the best bowler in the world at this stage and the best is yet to come (from him) hopefully," Tendulkar told Yuvraj Singh, who added, "totally agree with you (Tendulkar)" in an IPL video.

When master-blaster asked what makes Bumrah a special bowler, Yuvraj said, "I think his action is a bit awkward but it is tough to understand what pace is coming. I think he is bowling the best I have seen in his career."

Tendulkar, who felt on the top of the world, however, acknowledged that the Rohit Sharma-led team was "Possibly about 15 runs short. But the track when the spinners bowled, it was getting little sticky. Rahul (Chahar) bowled beautifully along with that I think Bumrah was fantastic."

Chasing a moderate total of 150, Chennai Super Kings' Shane Watson almost took his team over the line. In the last over, Watson got run out which ended his knock of 59-ball 80. With two runs needed off the final ball, Lasith Malinga trapped Shardul Thakur leg-before to secure Mumbai's win by one run.

Jasprit Bumrah was adjudged Man of the Match for picking up two wickets. South Africa and Chennai's Imran Tahir collected the Purple Cap for 26 wickets while Australia and Sunrisers Hyderabad batsman David Warner won the Orange Cap for scoring 692 runs at an average of 69.

Bumrah is the best bowler at this stage, says Sachin Tendulkar