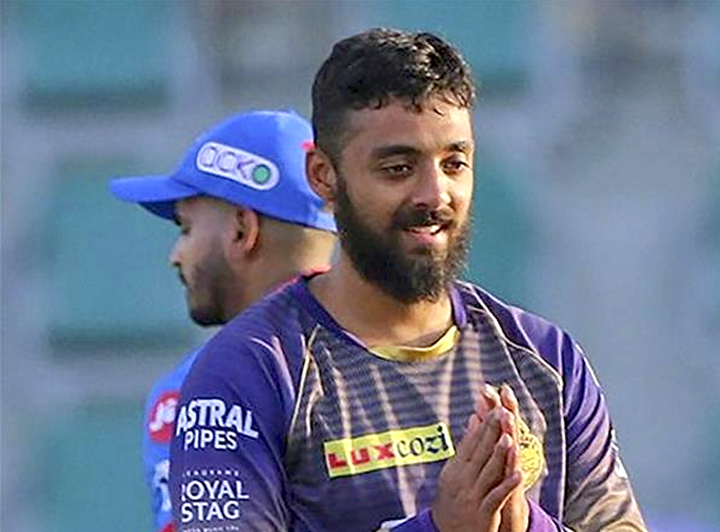 Sharjah, Oct 27: "It feels surreal," said the architect-turned-mystery spinner Varun Chakravarthy after he got a maiden India call-up for the T20 series in Australia following his exploits for Kolkata Knight Riders in the ongoing IPL.

The 29-year-old, who only started taking his spin bowling seriously in 2018, said he was not expecting to be picked in the national team. He has played only 12 T20s and featured in a lone First-Class game.

"After the match got over I got to know (of my selection into the Indian team). I keep using the same word again and again, it feels surreal," he told BCCI.tv after the game against Kings XI Punjab on Monday night.

"My basic goal was to play in the team regularly and perform and contribute to their wins. Hopefully I'll be able to do the same for India. I am not very active on social media and I have to thank the selectors for keeping their faith in me. I don't really have words."

Varun took a five-wicket haul against Delhi Capitals earlier in the competition, forcing the national selectors to take notice.

"I pretty much started my spin bowling in 2018, that's when I got my breakthrough in TNPL, it's been high and lows - last year, I didn't get many chances and I injured myself, I'm grateful for making a comeback this year," he said.

"I have been working hard, but the motivation and faith has come from a lot of people around me," Varun had said at the post-match presentation after the game against Capitals.

"Around 2015, when I was not making a lot of money (the switch from being an architect to becoming a cricketer), was freelancing and wasn't able to meet my needs, I thought I would do something different, that's when I turned to cricket.

"I still do it, I like that as well (being an architect)," he had said.

No captain in world cricket would give Bumrah two-over opening spell: Gambhir 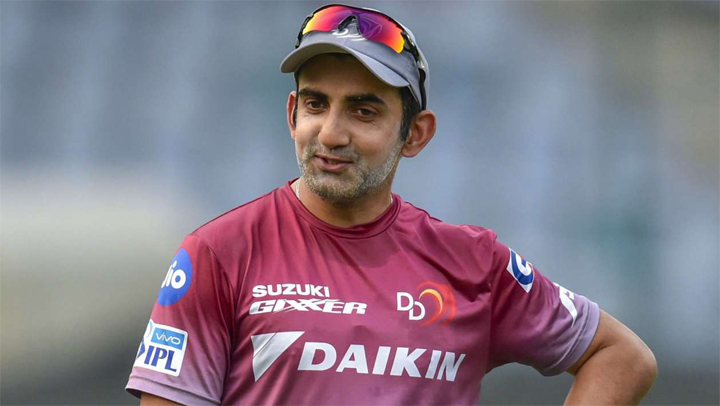 Gambhir, who has been pretty critical of Kohli's tactical acumen as captain, felt that the difference between the two sides so far was how Australian captain Aaron Finch handled his most successful pacer Josh Hazlewood in the first two ODIs that the hosts won easily.

"I find it difficult to comprehend that if you have a bowler of Jasprit Bumrah's calibre and you give him only two overs upfront. It's not a tactical mistake but a tactical blunder," Gambhir said in 'ESPNCricinfo's 'Match Day Hindi'.

A five-over spell would have allowed Bumrah and Mohammed Shami to at least try and pick up two wickets upfront.

"...I was expecting Bumrah and Shami to bowl five-over spells each upfront and tried getting a couple of wickets each. So, I don't think there is any captain in world cricket who would give Jasprit Bumrah, two overs with the new ball," Gambhir said as it is.

With all top three Australian batsmen -- Aaron Finch, David Warner and Steve Smith -- striking form at the same time, Gambhir feels that if any bowler had a chance of getting the trio out, it had to be Bumrah.

"Now Finch, Warner and Smith, the top three are in prime form and who has the best chance of taking their wicket? It's Jasprit Bumrah

".... and you give him 2 overs and bring him after 10 overs when the ball is a tad old and it gets warmer and you expect him to get wickets in these conditions. He is human too."

"First game, Finch gave him six-over spell and second game a five-over first spell and six overs when Starc had a bad day. Hazlewood has been the standout bowler."

Gambhir was impressed with how Australia's sixth bowling option (the combination of Marcus Stoinis and Glenn Maxwell in first and Moises Henriques and Maxwell in second) controlled the proceedings.

"It happened in the first match as well. First match, Marcus Stoinis gave some 25 runs in 6 overs that he bowled and that was done by Henriques in the second game. So that's the diference you had.

"So, if your sixth bowler can give 6 to 7 overs, then you don't need to bowl with a front-liner who is having an off day like Mitchell Starc.

"Imagine had Hardik not bowled those overs, what kind of pressure it would have been on Shami and Navdeep Saini," he said.

While Virat Kohli, with close to 11,500 runs and 43 hundreds, has a staggering record, Gambhir feels that Smith for all practical reasons isn't too far behind even if the numbers suggest otherwise.

"I don't think there is a lot of difference between Kohli and Smith. If you go by numbers, Kohli always gave better numbers than Smith but if you look at his (Smith) record, in the previous five or seven ODIs, he has had three hundreds, so difference is not much.

"He has scored 62 ball hundreds back to back. Obviously you will call Kohli, the greatest ODI player as per numbers but not much difference between him (Smith) and Kohli." 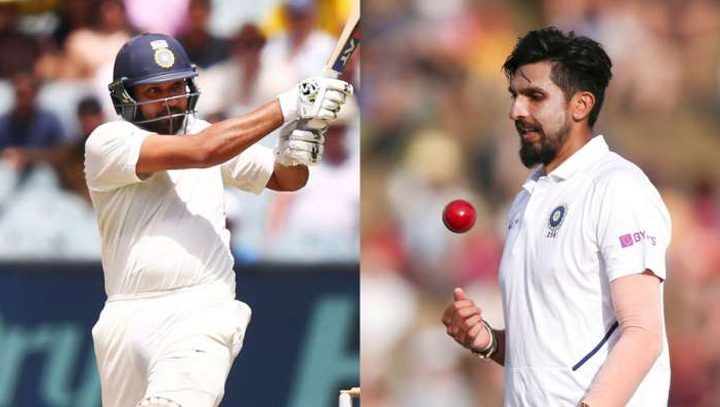 India's star opener Rohit Sharma and pacer Ishant Sharma will miss the first two Tests against Australia and are also doubtful for the remaining two after it was conveyed to the BCCI that the duo will require close to a month to be match fit. The two, who are undergoing rehabilitation at the National Cricket Academy in Bengaluru, are already out of contention for the limited-overs leg of the series, which begins with the ODIs on Friday.

They were kept in the Test squad for the series starting on December 17 but tough quarantine rules have made their availability uncertain.

"The NCA has given a report that both Rohit and Ishant will take at least another 3 to 4 weeks to get match fit," a Board source said on Tuesday.

Rohit, while talking to news agency last week, had stated that his hamstring injury is fine now and he is only working on strength and conditioning to be battle-ready at the NCA.

Ishant, on the other hand, is recovering from a side strain.

"Even if they travel now they will have 'hard quarantine' since they will travel by commercial flight. Hard quarantine means not being able to train during the 14 days like the whole team," the source said.

"So, now if only Cricket Australia can convince the government and allow them to train during quarantine," he added.

The Indian team, which landed here after the IPL earlier this month on a chartered flight, was allowed to train in quarantine as Australia battled a fresh wave of COVID-19 cases.

National coach Ravi Shastri had on Sunday stated that the two cricketers' chances of playing the Test series hinge on whether they are able to board a flight to Australia within this week.

"If you need to play in the Test series or any red-ball cricket, you've got to be on the flight in the next three or four days. If you aren't, then it's going to be tough," he had said.

The four-Test series, after the day-night opener in Adelaide, will move to Melbourne (December 26 to 30), followed by games in Sydney (January 7 to 11) and Brisbane (January 15 to 19).

India will be without skipper Virat Kohli after the first Test as he will return to the country to be there for the birth of his first child. 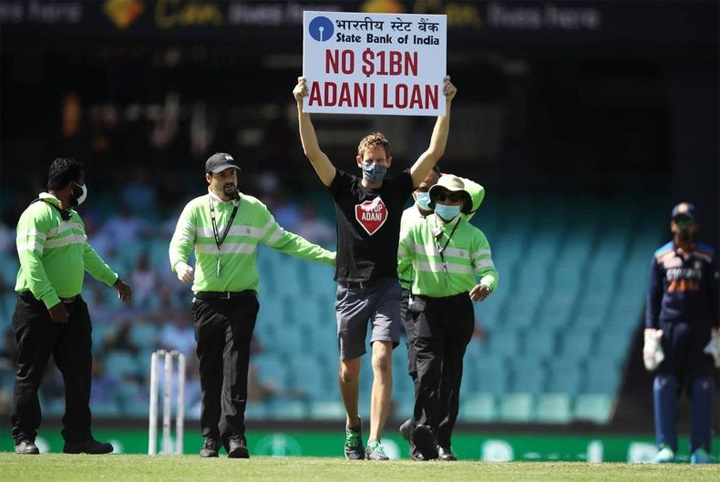 In a security breach, two protesters made their way into the field of play during the first ODI between India and Australia before being escorted out here on Friday.

One of the invaders, carrying a placard denouncing India's Adani Group's coal project in Australia, reached close to the pitch just before pacer Navdeep Saini was getting ready to bowl the sixth over of the home team's innings.

The two were escorted out by the security after their brief invasion.

Fans have returned to the ground for the first time since the coronavirus pandemic forced games before empty stadiums across the world.

Cricket Australia has allowed filling up the stadiums to upto 50 per cent of their capacity in the India-Australia series.

The engagement comprises three ODIs, as many T20 Internationals and four Tests.