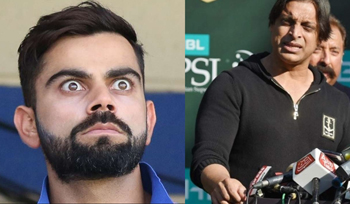 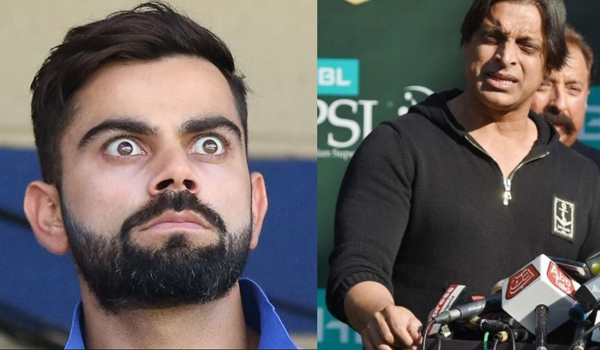 Mumbai, May 26: Former Pakistan pacer Shoaib Akhtar said that if he was playing currently he and Virat Kohli would have been the best of friends off the field, but real enemies whenever they stepped on the field.

Akhtar also said that he would have liked to challenge Kohli to drive the ball.

"I would have gone wide of the crease and bowled a ball that would go away from him, I would have forced him to drive the ball as it is his favourite shot. So I would keep forcing him to play the drive shot at my pace," he added.

Akhtar also said that he wishes that Kohli could have played against some of the top bowlers in the game.

The Rawalpindi Express said that Kohli would have enjoyed the challenge of facing bowlers like Wasim Akram, Shane Warne, and Waqar Younis.

"I would also keep talking to him, because if I get him to lose his focus then that would have been great. The great thing about Kohli is that he gets more focused when he is challenged. But I believe Virat Kohli would have still scored the same amount of runs if I was playing," Akhtar said.

"I really wish that he had played against Wasim Akram, Waqar Younis, Shane Warne, and then Virat would have also enjoyed the challenge," he added.

Akhtar played 224 matches for Pakistan in international cricket and took 444 wickets across all formats.

Over the years, comparisons between Kohli and Sachin Tendulkar have been growing and many have picked the current Indian skipper to break the records set by Tendulkar.

Tendulkar called time on his career after registering 100 international centuries, while Kohli has 70 centuries across all formats.

Currently, Kohli is ranked at the top spot in the ICC ODI rankings while he is in second place in the Tests rankings.