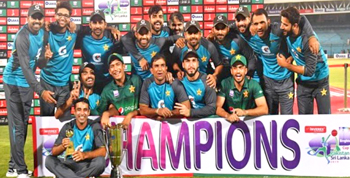 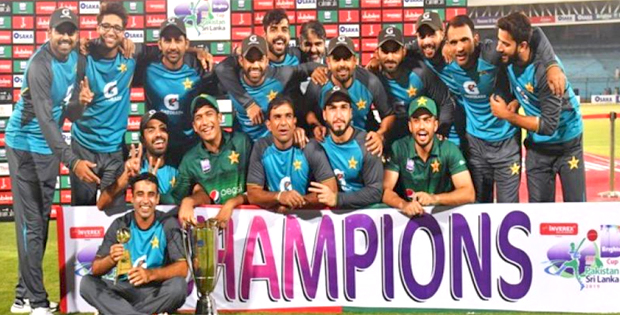 Karachi, Oct 3: Pakistan thrashed Sri Lanka by five wickets on Wednesday in the third and final ODI in Karachi to seal the three-match series by 2-0.

Chasing 298, Pakistan got off to a flyer as the team added 123 runs in less than 20 overs for the first wicket. However, their resistance was cut short when Abid Ali was caught in front of the stumps.

Babar Azam along with Fakhar Zaman then added 58 runs for the second wicket. Zaman scored 76 runs while Azam smashed 31 runs before both got out as Pakistan were reduced to 189 for the loss of three wickets.

Earlier, Danushka Gunathilaka's knock of 133 enabled Sri Lanka to post 297/9 in the allotted fifty overs after opting to bat first.

Pakistan will next take on Sri Lanka in the T20 series starting from October 5.