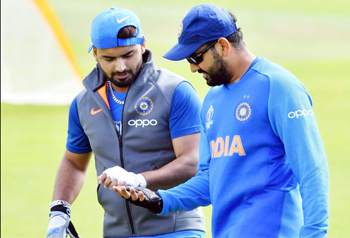 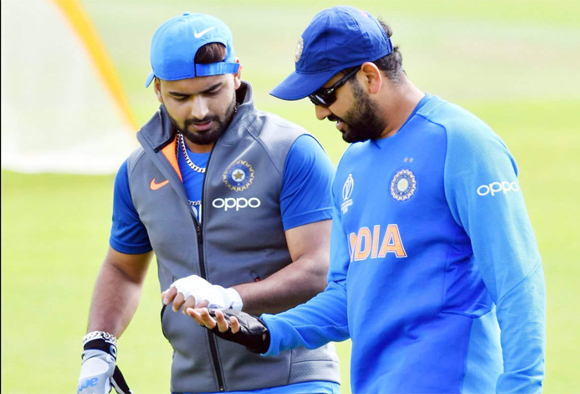 Nagpur, Nov 9: Stand-in India captain Rohit Sharma on Saturday strongly backed an under-fire Rishabh Pant, urging critics to "leave him alone" as he is only trying to execute the team management's strategy.

Pant, whose shot selection has come under the scanner on several occasions, became the centre of unwanted attention due to his poor glovework in the second T20 against Bangladesh in Rajkot.

He botched up a stumping of Liton Das with the third umpire ruling that his hands were slightly in front of the stumps, when he dislodged the bails.

"You know there is a lot of talk happening about Rishabh Pant every day, every minute. I just feel that he needs to be allowed to do what he wants to do on the field. I would request everyone to keep their eyes away from Rishabh Pant for a while," skipper Rohit said on the eve of the T20 series decider against Bangladesh here.

"He is a fearless cricketer and we (team management) want him to have that freedom. And if you guys take your eyes off him for sometime, it will allow him to perform even better, added Rohit.

Not so long ago, Pant was the preferred choice in all three formats but Wriddhiman Saha played ahead of him in the three Tests against South Africa at home last month only on the basis of superior glovework.

"He is a young guy, 22, trying to make his mark in international cricket. Every move he makes on the field, people start talking about him. It is not fair. I think we should allow him to play his cricket which actually he also wants to do," Rohit didn't hide his irritation at constant criticism that the Delhi man is subjected to.

In fact, Rohit said that just like his unimpressive performances are highlighted, there should be focus on good things also.

"Focus on him a lot more when he is doing good things also, not just bad things. He has been learning, there have been times he has kept well also. He is trying to do what the team management wants him to do.