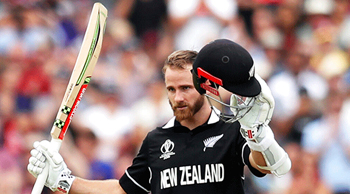 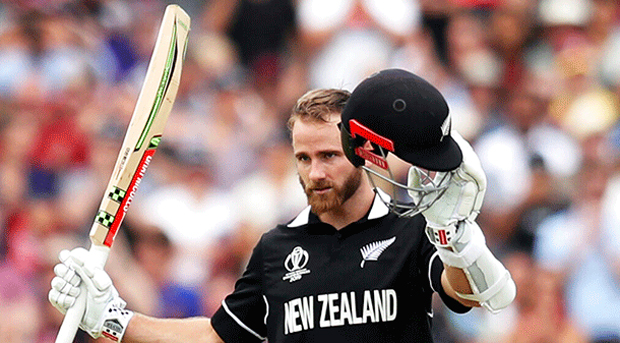 The West Indies were all but defeated at 164 for seven, chasing 292 to win after Black Caps skipper Williamson led a recovery from 7-2 with a career-best 148 to take New Zealand to 291-8.

But with six needed from seven balls, Brathwaite launched Jimmy Neesham for what he hoped would be the winning hit, only for Trent Boult to take a superbly judged catch just inside the long-on boundary.

Brathwaite sank to his knees in despair after falling for 101 off just 82 balls, including five sixes and nine fours, having dominated a last-wicket stand of 41 in which he scored all the runs.

Victory saw New Zealand return to the top of the table and all but secure their place in the semi-finals as a heart-breaking defeat left the West Indies on the verge of elimination.

"The West Indies are incredibly dangerous, even down their order. Credit to them, but credit to our side for getting a competitive total," Williamson said.

"It's a great game of cricket, good to be on the winning side. It's been a great learning curve for us." West Indies skipper Jason Holder added: "A tough game at the end. I'm proud of the guys, especially Carlos Brathwaite.

"Getting so close I guess it does make it tougher to take, but when you look throughout the entire game, there were one or two areas where we fell down."

But he eventually holed out during a collapse that saw five wickets lost for 22 runs in 28 balls.

Stand-in opener Hope, batting up front after Evin Lewis was unable to partner Gayle after being off the field injured for most of New Zealand's innings, played on to Boult for just one -- the first wicket of an excellent 4-30 in 10 overs for the pace bowler Gayle was first dropped on 15 when Boult floored a desperately difficult chance off Matt Henry as the ball dropped over his shoulder.