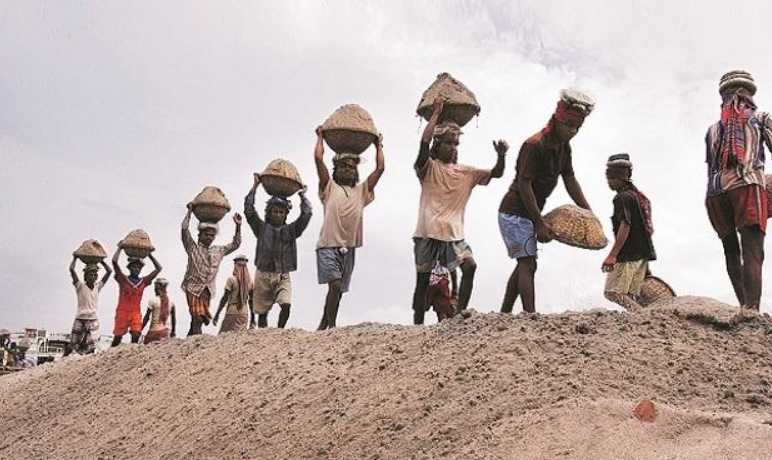 As India is celebrating its 74th Independence Day, we the citizens of India are very proud of the effort and struggle took by all freedom fighters to free India from the British. Commemorating the martyrs and the people who devoted their life for the India that we see today, we have to think about the different sectors of people living in India who are still not independent. There are set of people, the labourers, working from dawn to dusk to survive each day. Before the Independence, the British rulers exploited these people very badly and these are the ones who played a major role in Indian Independence struggle. But even after the Independence, the condition of the people who are working for daily wages are not even independent to lead a good family life.

The labourers who are working under a company or certain contractors are exploited the most. Ideally, the whole profit from the firm should be divided among the labourers equally. But in every firm like this, the labourers are given secondary preference. Even though their sweat makes the profit, they are not paid properly. They are always depended to their company even though they are working for what they actually deserve. The whole capitalist system existing in the country is sucking the blood of the labourers. Another fact is the labourers working in the factories are alienated from the final product, which means they didn’t even know what they are working for. The Indian Labour Law always demands the right to privacy, fair compensation and freedom from discrimination for the labourers. But this law is neglected most of the times in our country.

The migrant workers are the ones who are also exploited in the country. The people from Orissa, Bihar etc. migrate to the states like Kerala and Karnataka where the labourers are paid better comparing to other North Indian states. But the people in these states take the advantage of this helpless situation of the migrant workers and pay them less comparing to the workers in the state. Even the wages here is more than what they earn in their state, it is not fair to pay differently for the people in the state and the migrant workers. At the end of the day, they are doing the same work. The migrant workers are the ones who depend other states for their survival, which means they are not having the right to pay well in their state and also being exploited in other state.

“I was not even having a work in my place. My whole family was suffering. But now, at least I have something in my pocket at the end of the day,” said Raju who came from Bihar and now working in a construction firm in Kerala. This condition is the worst thing happening in India. The working class people are exploited to that extend where they are actually being satisfied with whatever they have.

The workers in the informal sector are suffering a lot in the Independent India. Now we are not under the rule of any foreign countries, but the people who are working for daily wages are still under control of someone who provide them work. The hierarchical difference in the working place is not the issue. But treating the labourers as secondary and not paying them properly is the problem. When the whole country celebrates the Independence Day, we have to keep in mind that there are a set of working class people who are not Independent financially or mentally.

Gargi R Prasannan is an Under Graduate student of Journalism and Mass Communication in Nitte Institute of Communication, Derlakatte, Mangaluru.