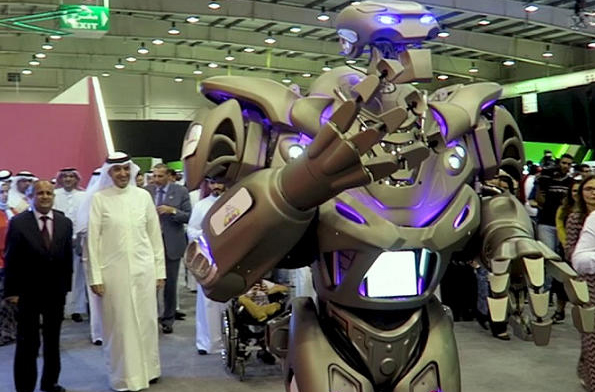 Newsroom, Aug 15: A one-and-a-half-year-old video has now started going viral on social media platforms with a claim that the King of Bahrain arrived in Dubai with his robot bodyguard.

A text message with the viral post claims: “King of Bahrain arrives in Dubai with his robot bodyguard fitted 360 with cameras and inbuilt pistols. Technology is moving very fast than ever in history.”

Since its upload on several accounts, the video has garnered millions of views and thousands of reactions across social media platforms.

It is clear from the reaction of some viewers that the video is being perceived just as what is being claimed, that the ‘King of Bahrain arrived in Dubai with a robotic bodyguard.’

When coastaldigest.com fact-checked the post, it realised that the fake news was moving faster than the technology.

The video of the robot which went viral was in fact a clip from an International Defence Exhibition held in Abu Dhabi in February 2019.

The eight-foot tall robot, known as Titan was the centre of attraction at the exhibition. Visitors were stunned by the robot which used to comes out wearing a military vest every after an hour to greet them in Arabic and English. 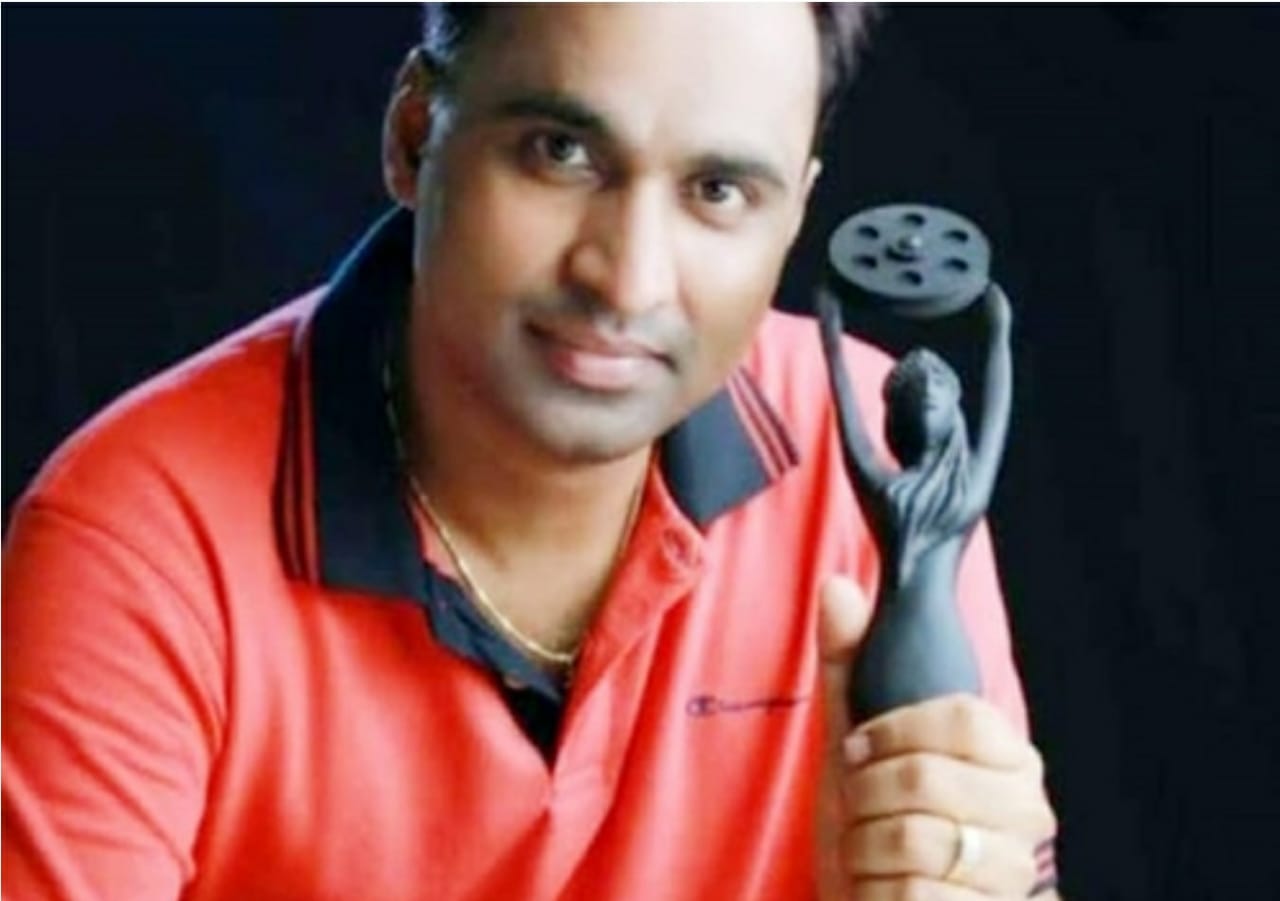 Mangaluru, Apr 18: Acclaimed Tulu cinema director and script writer Raghu Shetty passed away yesterday (April 17) after a massive heart attack. He was He was 42.

Shetty was recently admitted to a private hospital in the city following illness.

Known as one of the finest directors of Tulu film industry, Shetty was reportedly directing a couple of Kannada movies but did not live long enough to see them hitting the silver screen.

He was widely appreciated for the directorial skills he exhibited in Tulu movie, 'Arjun weds Amrita'.

Born in a Bunt family in Moodbidri on September 1, 1979, Raghu Shetty was raised in Hubballi where his father was a businessman.

After his schooling there, he pursued education at Mahaveer College in Moodbidri. Passionate about movies from a young age, he developed his directorial skills in Bengaluru.

Bengaluru, Apr 21: The government of Karnataka today showed green signal to families to cremate and bury bodies of covid-19 victims in their own land or farm house.

This has been approved to decentralise the process and allow the family members to say goodbye to their loved ones without having to queue up at crematoria and burial grounds, according to an order issued by Principal Secretary (Revenue) N Manjunatha Prasad.

The government's decision comes in the wake of several complaints and concerns about lack of space or long queues at burial grounds and crematoria.

However, families will have to adhere to all other Covid -19 protocols including sanitisation, ensuring that those placing the bodies in the grave wear PPE kits, gloves and other protective gear.

No rituals that involve touching of the body will be allowed, as per the guidelines. Bathing and hugging the deceased should be avoided, according to the existing Covid-19 protocols.

Meanwhile, 116 people died of Covid-19 in Karnataka on Wednesday. Overall, the state has recorded 13,762 deaths during the pandemic.

Mumbai, Apr 23: Maharashtra's worries compounded further on Friday after at least 13 patients died in a fire at a Covid-19 Center in Vasai Virar, Palghar district, Maharashtra.

Teams of Vasai Virar City Municipal Corporation (VVCMC) were involved in the fire-fighting operations. Maharashtra government has ordered a probe into the incident.

The Prime Minister's Office tweeted about the "tragic" incident, offering condolences to those who lost their loved ones in the accident. "May the injured recover soon," the post read.

On April 21, there was a massive leak of oxygen at the Dr Zakir Husian Hospital in Nashik, leading to a pressure drop, claiming the lives of 24 Covid-19 patients on ventilators and oxygen beds.

Israel carries out massive airstrike in Syria after missile attack