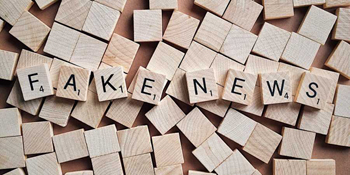 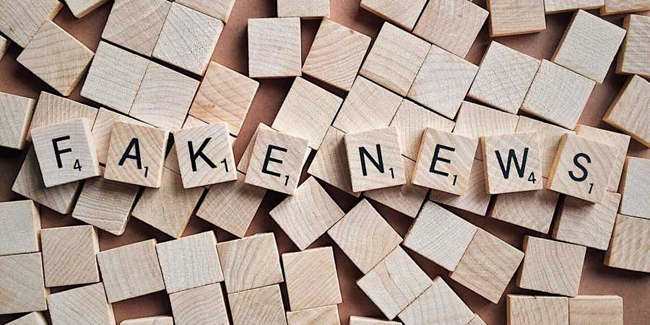 London, Nov 13: People in India share fake news stories with nationalistic messages for "nation-building" purposes without any attempt at fact-checking a report, according to a BBC research released on Monday.

The findings come from extensive research in India, Kenya, and Nigeria into the way ordinary citizens engage with and spread fake news, the British public broadcaster said.

According to the report, there is also an overlap of fake news sources on Twitter and support networks of Prime Minister Narendra Modi.

The report, analysing the spread of fake news from the perspective of ordinary citizens, suggests an "overlap between fake news and pro-Modi political activity" in India.The BBC said its first published study, providing an in-depth understanding of how fake news and disinformation are spreading within encrypted chat apps, reveals that emotion is trumping reason when it comes to sharing news.

"Whilst most discussion in the media has focused on 'fake news' in the West, this piece of research gives strong evidence that a serious set of problems are emerging in the rest of the world where the idea of nation-building is trumping the truth when it comes to sharing stories on social media," said Jamie Angus, Director, BBC World Service Group.

The research forms part of the BBC Beyond Fake News project, a new international anti-disinformation initiative of programmes and discussions, which launches this week.The research revealed that fake news was being unwittingly spread by people across India, Kenya, and Nigeria as they forward messages in the hope that someone else will check the truth of the story for them.

"Fake news stories about India's progress, Hindu power and revival of lost Hindu glory are being shared widely without any attempt at fact-checking. In sharing these messages, people feel like they are nation-building," it adds.

Whilst nationalism is driving the spread of fake news in India, the research tells a different story in Kenya and Nigeria.

There, fake news stories that get shared largely reflect national anxieties and aspirations, with scams related to money and technology contributing to an estimated third of fake news stories in WhatsApp conversations in Kenya.In Nigeria, stories relating to terrorism and the army are also widely shared within WhatsApp.

The latest research is part of the BBC's wider Beyond Fake News initiative, which has been described as a decisive step in its commitment to tackling the spread of disinformation, and the research provides "invaluable insights to aid this work".

"At the heart of this research is the question of why ordinary people are sharing fake news, even while they claim to be worried about the way fake stories spread.

Chakrabarti said the project was one of the first in these countries to properly understand fake news as a technologically driven social phenomenon.

As part of a generational analysis, it reveals that young people are identifying along nationalistic lines, and this is driving their sharing behaviour as much as it is the older generation.

The research suggests that a significant amount of fake stories being shared are not written articles, but images and memes.

The report explains in depth how the nature of social media platforms, combined with the challenge people face in coping with the amount of information online, leads to the spread of fake news being carried through visual media.

The report comes on the same day when social media giants like Facebook, Google and Twitter are to appear together to talk about the impact of fake news on their platforms.

They will discuss the issue at the BBC Beyond Fake News conference in Delhi Monday, to be broadcast on BBC World News.

Among some of its wider findings, the report found that a sense of duty is behind the spread of fake news in Kenya and Nigeria rather than being motivated by a duty to "nation build" like in India.

In Kenya and Nigeria people are consuming mainstream media sources and known sources of fake news in equal amounts, even though the public's desire to know the original source of messages is far greater than in India, it said.

The report examines networks within Twitter and analyses how people are sharing encrypted messaging apps, after users gave the BBC unprecedented access to their phones.

Kind of a development....