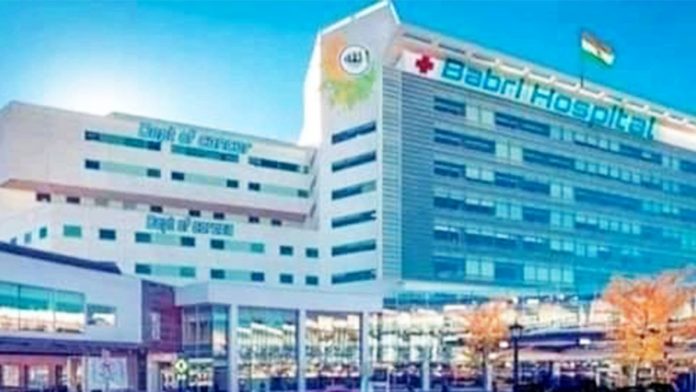 Soon after Prime Minister Narendra Modi participated in the bhoomi pujan for Ram Temple in Ayodhya, a message viral on social media claiming that the Sunni Waqf Board has decided to build a super specialty hospital like AIIMS on the 5 acres of land allotted to them in Ayodhya by the Supreme Court,

The viral post also claims that Dr Kafeel Khan will be the director of that hospital and it will be named after the Babri mosque.

Several Facebook users have posted this message with a caption in Hindi along with a graphic image of the purported hospital with “Babri Hospital” written on it.

In November 2019, the Supreme Court of India had ordered that the land where the Babri Masjid once stood be handed over to a trust to build the Ram Mandir. It also ordered that five acres be allotted to the Sunni Waqf Board, which was later granted by the UP government.

Neither the Sunni Waqf Board has announced that it would build a hospital in Ayodhya, nor has the viral message come from any other authentic source.

The photo of the hospital has been taken from the website of a US-based architecture firm, Smith Group, which is designing a hospital for the University of Virginia. The words ‘Babri Hospital’ were edited onto the photograph.

In a statement dated 7 August, the Sunni Waqf Board said that the land will be used to build an Indo-Islamic cultural centre, which will feature a library, mosque, community kitchen as well as a hospital.

The board denied it was building a ‘Babri Hospital’ which would have Dr Kafeel Khan as its director. Dr Khan is currently under arrest by the Uttar Pradesh Police for making “provocative speeches” about the Citizenship (Amendment) Act.