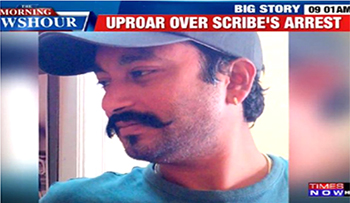 Newsroom, Nov 15: The mainstream media in Karnataka has once again toed the Sangh Parivar line and showed its unwavering loyalty and unconditional allegiance to the self-proclaimed saviours of Hindutva by unhesitatingly twisting the facts in the case of arrest of a Kannada journalist, who had allegedly made offensive remarks against Prophet Muhammad at an event in communally sensitive Kodagu district earlier this month. 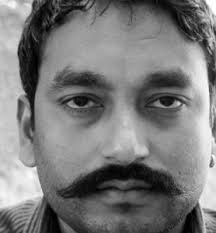 Santosh Thammaiah, whose articles often appear in Hosa Digantha and other right-leaning Kannada news papers and magazines, was arrested by the police last Monday night when he had visited his in-law’s residence in Madhugiri in Tumakuru district under Indian Penal Code section 295(A) (deliberate and malicious acts, intended to outrage religious feelings). The very next day he was released on conditional bail.

The arrest came a week after a complaint was lodged against him by Askar KV, a resident of Siddapura in Kodagu district on November 6 against Mr Thammaiah, who had delivered an inflammatory speech on November 5 at an “illegal” event organised by Prajna Kaveri, a Hindutva group at Gonikoppa in Kodagu district. According to police, the organisers had not even obtained permission for the event.

In his address, Mr Thammaiah had reportedly said the tenets preached by the Prophet Muhammad in Arabia centuries ago were full of intolerance and selfishness. He went on to claim that Tipu Sultan became the first terrorist of India by following the teachings of the Prophet. BJP activists had widely circulated the media reports of his provocative speech. The complainant also alleged Mr Thammaiah hurt the sentiments of Hindus as well by comparing Mir Sadiq (a minister who betrayed Tipu Sultan during the Fourth Anglo-Mysore War) to Sri Krishna.

The complainant had expressed concern that such speech can lead to unrest and disrupt the peace in the region. The complainant also said that Mr Thammaiah’s offensive remarks were aimed at creating unrest between Hindus and Muslims.  Even though the police had initially ignored the complaint, they filed the first information report (FIR) after protest by local Muslims.

Within hours of Thimmaiah’s arrest, the social media team of BJP launched a campaign claiming that a journalist, who opposed Tipu Jayanti celebration by the Karnataka government, was arrested as part of chief minister H D Kumaraswamy’s Muslim appeasement policy.

Journalist-turned-politician Pratap Simha, who is also the MP from Mysuru-Kodagu constituency, was quick to denounce the arrest. “You timid govt, arrested my dear friend Santhosh Thammaiah. We vl fight it out (sic),” he tweeted. “Santosh Thammaiah who spoke about the brutalities against Hindus by Tyrant Tippu Sultan has been arrested by the Communal Government in Karnataka... (sic),” tweeted CT Ravi, Karnataka BJP general secretary and Chikkamagaluru MLA. “Arrest of Thammaiah is a sledge-hammer blow on the freedom of the press,” claimed Aravinda Limbavali, another senior BJP leader. “Santhosh Thammaiah, a writer with nationalist leaning arrested by coward Karnataka Police for speaking against Tippu Jayanthi .. We will fight tooth & nail against this cowardice act(sic),” tweeted RSS leader B L Santhosh.

On the other hand, the activists of BJP, Vishwa Hindu Parishat, Bajrang Dal and Hindu Jagarana Vedike staged a protest in Madikeri on Wednesday and also called for a Kodagu bandh between 12 noon and 1 pm (lunch hour bandh?), which evoked poor response.

The role of media

While official mouthpieces of Sangh Parivar brazenly justified the provocative remarks by the journalist, other news papers and television channels that often proclaim their ‘impartial and neutral stance’ cannily hid his abusive statements and lied to people that he was arrested for opposing Tipu Jayanti organised by the Karnataka state government!

Leading English dailies such as The Hindu, The Times of India, The New Indian Express apparently refrained from disclosing the real reason behind the arrest of Mr Thammaiah and highlighted the BJP’s claim that he was “arrested for speaking against the celebration of Tipu Jayanti”. 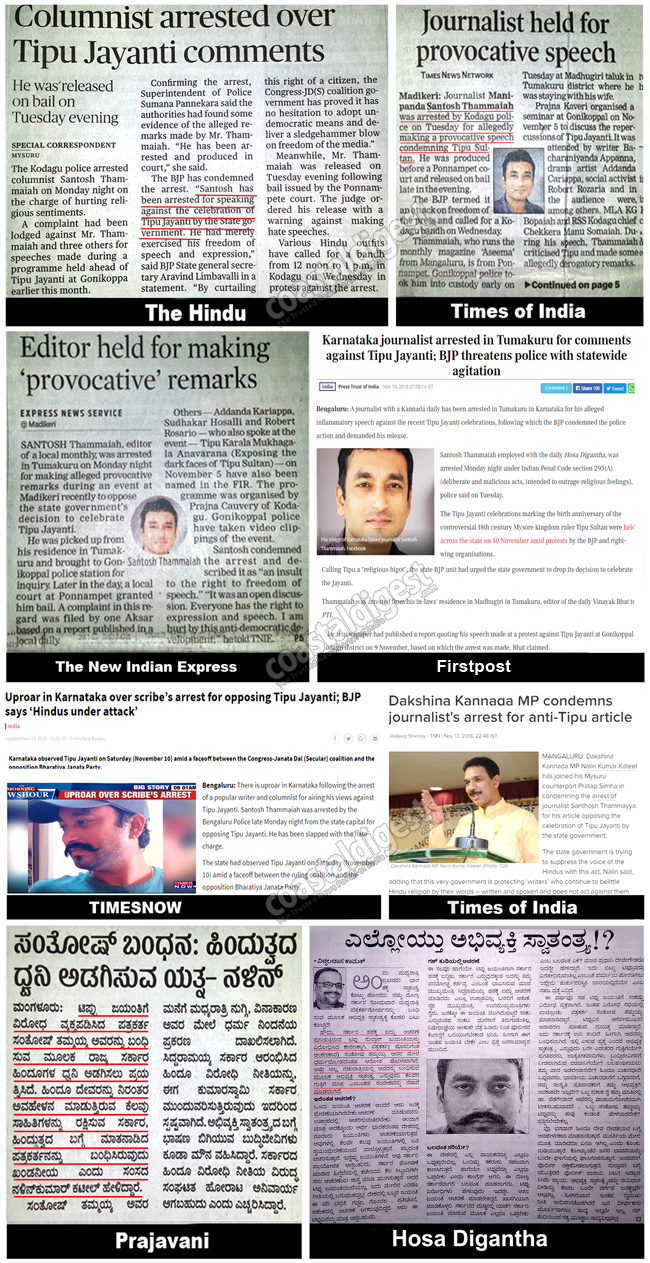 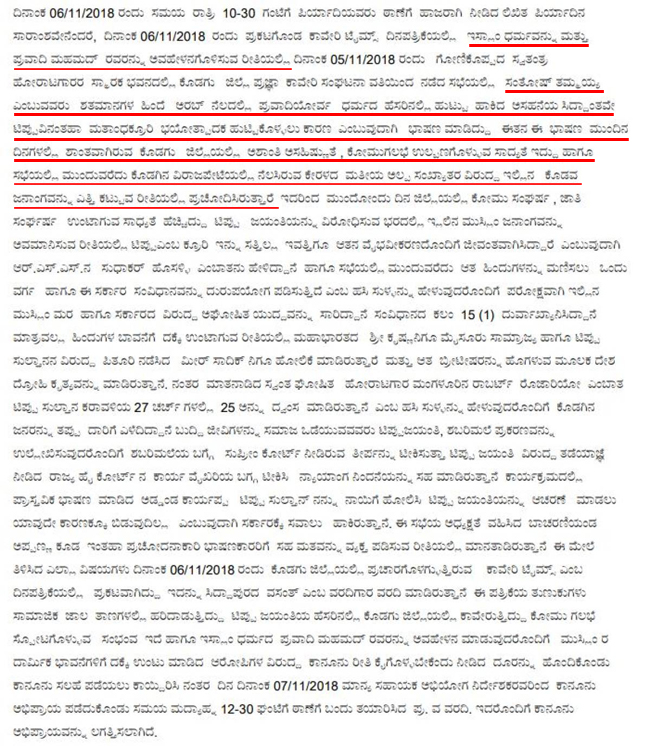