Will pay all dues to depositors in 3 months if released: Nowhera Shaik tells HC 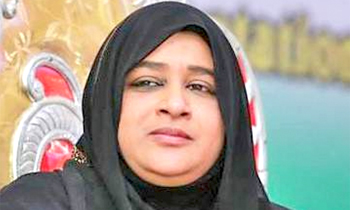 Senior advocate P Venugopal, appearing for Shaik on Wednesday told the Telangana High Court that his client would clear all dues to the depositors concerned in three months if she was enlarged on bail. In this regard, the petitioner would give an undertaking, he noted.

Justice Ghandikota Sri Devi was dealing with the three petitions by the Sheik and Heera Gold Exim private Ltd, stating that the state police had no jurisdiction to investigate and to take her into custody, as the Central Government agency Serious Fraud Investigation Office was carrying out the investigation under the rules of the Companies Act.

Shaik complained that she was intentionally detained in jail by the Telangana police since October 15, 2018 by slapping several cases on her, one after another for the same offence with different complaints at various places.

Venugopal submitted that his client was ready to give an undertaking that she would keep her promise to pay the dues within three months, failing which the court could take action under ‘contempt of court’.

The counsel told the court that it was political vendetta against his client to keep her in jail, as she had started a new political party. He added that several complaints were lodged against her in various police stations since August 2018, just prior to the elections in the state and the state police had taken her in custody in October.

Further, he submitted that the complaints were made only after the Serious Fraud Investigation Office (SFIO) started the investigation into the allegations under the Companies Act for not paying dividends to the depositors.

He also submitted that as the Muslim Law does not allow taking an interest, the Company had collected deposits in the form of units and for every unit there was a lock-in period in which the depositors could not withdraw the money.

Udupi, Jul 18: Noted multi-lingual scholar Dr Uliyar Padmanabha Upadhyaya passed away last night at a private hospital in Manipal. The 88-year-old was survived by a son and a daughter. 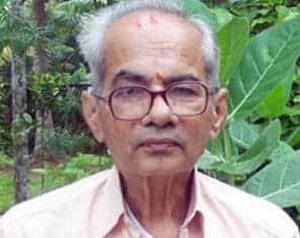 His wife Susheela Uadhyaya, who was also a multi-lingual scholar, had passed away in January 2014 at the age of 77. The duo had compiled the six-volume Tulu Lexicon. Its first volume was published in 1988 and the last volume in 1997.

Son of Sitaram Upadhyaya, who was a scholar in the court of the Raja of Travancore, Dr Padmanabha was born on April 10, 1932 at Uliyar in Majur Village near Kaup in Udupi district.

The Upadhyaya couple had conducted serious research work in linguistics and folk culture and produced a number of books-some of them jointly, some individually and some in collaboration with others.

He was a visiting Professor at the Universities of London and Paris. He knew Hindi, Kannada, Tulu, Malayalam, Tamil, English, French and Olof, the language of Senegal in Africa.

The number of active cases in the district is 1,725 while its overall tally stands at 3,074.

The district also recorded deaths of 8 covid-19 patients in past 24 hours including a woman. The deceased are aged between 53 years and 78 years.

With this the total number of deaths in the district mounted to 71 including 12 patients from other districts who were admitted in hospitals here.

At 115 fatalities, the state witnessed its biggest single-day jump. Bengaluru accounted for 75 of these 115 deaths. The number of active cases in the state are 33,205, including 508 patients who are in ICU. The state's death toll reached 1,147 while that of Bengaluru stands at 582.