Puttur, Jul 7: A woman died after a wall of compound collapsed on her in Dakshina Kannada district on Tuesday, July 7.

The victim was identified as Vasanti.

The wall got weakened due to heavy rain at Golithottu area in Puttur. Her body was sent to the post-mortem.

According to the police, the incident took place around 12.30pm when Vasanti was working in the backyard of her house. 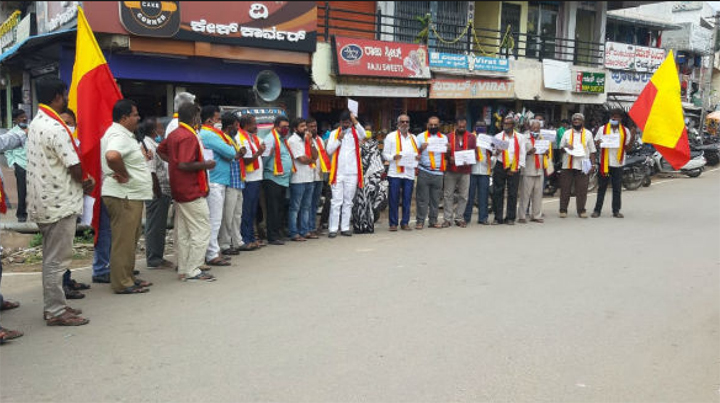 Bengaluru, Dec 5: More than a hundred history-sheeters were detained in the wake of a Karnataka bandh called by pro-Kannada organisations on Saturday, according to the DCP (West), Bengaluru.

The bandh was called by pro-Kannada organisations, led by Vatal Nagraj group, against the state government's decision to form a Maratha Development Authority and allot it Rs 50 crore.

Yesterday, Karnataka Chief Minister B S Yediyurappa had appealed to the groups not to call the bandh as it caused inconveniences to others.

"I promise to take all sections of society together," Yediyurappa said. 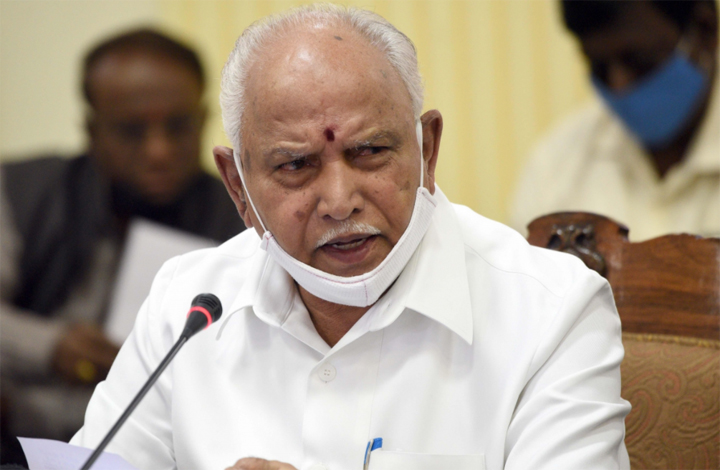 Bengaluru, Nov 29: Karnataka Chief Minister BS Yediyurappa on Sunday indicated that the Cabinet expansion may take some more time as the higher commands are yet to hold talks regarding the reshuffling and expansion of the Cabinet.

While he was leaving for Chitradurga from the authorised residence 'Cauvery' to participate in various programs in Chitradurga and Shimoga district Chief Minister Yediyurappa said, "We have to wait (for cabinet expansion)."

The Cabinet expansion may take more time as the Chief Minister has not received any message and approval from the high command leaders.

Yediyurappa has issued a statement to the media saying, "We both have to wait for the Cabinet expansion".

Karnataka Chief Minister has already travelled twice to Delhi to get permission for reshuffle or Cabinet expansion but he has not received any message regarding the Karnataka Cabinet.

There are many aspirants including those who joined BJP before government formation, curiously waiting for permission from high command to see their names in Ministers' list. However, Yediyurappa has today clarified that once again these aspirants have to wait for some more time.

Earlier on Friday, while stating that he will visit Delhi, Karnataka Chief Minister had said the cabinet expansion will be done after three-four days.

On November 12, a meeting of senior BJP MLAs was held at minister Ramesh Jarakiholi's residence amid speculations of Karnataka Cabinet reshuffle. More than a dozen aspirants are waiting to be included in seven vacant chairs.

Bengaluru, Nov 21: Former Chief minister and Congress leader Siddaramaiah has opposed any move to handover Forest Land of over 20,000 hectares to private companies in Shivamogga and Chikkamagalur districts.

In a letter addressed to the Chief minister B S Yediyurappa, here on Saturday, the Congress leader has urged to desist any move from handing over of more than 20,000 hectares of forest land returned by the Mysore Paper Mills (MPM) to private parties.

Stating that the State government had handed over the said land belonging to the Forest Department to the state-run MPM for a lease period of over 40 years, in 1980 and which ended recently, he said that "now certain elements in the ruling BJP government hatching conspiracy to hand it over to the private parties."

Maintaining that the land returned by the MPM should be handed over to the forest department itself, the former chief minister had warned that "else it would turn the rain-forest region in Malnad area into a barren area".

Recalling that the people of the Malnad region had registered their strong protest against any move to privatise the huge tract of forest land, the Congress leader said that "Government should respond positively to the pleas made by intellectuals, environmentalists and farmers on the issue.