Mumbai, Feb 10: Ankita Pisudde, a resident of Hinganghat town in Wardha, was critical after sustaining 40% burns on February 3 when she was set afire, allegedly by one Vikesh Nagrale (27) while she was on her way to college. 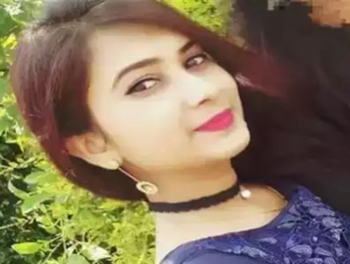 The 25-year-old woman lecturer who was set on fire by a stalker in Maharashtra’s Wardha district last week died at a hospital in Nagpur on Monday morning, a police official said.

Ankita Pisudde, resident of Hinganghat town in Wardha, had been critical after sustaining 35 to 40% “grade III” burns on February 3 when she was set afire allegedly by one Vikesh Nagrale (27) while she was on way to her college, they said.

She was undergoing treatment at the Orange City Hospital & Research Centre here, located around 75 km from Wardha.

The woman sustained deep burn injuries on scalp, face, right upper limb, left hand, upper back, neck and eyes along with severe inhalational injuries, the hospital said in a medical bulletin on Monday.

She died of “septicemic shock” after suffering from deep dermal burns along with severe inhalational injuries, respiratory distress and related complications, it said.

Around 4 a.m. on Monday, her oxygen levels deteriorated inspite of ventilator support, coupled with decreasing urine output and reduction in blood pressure, the hospital said.

As part of immediate resuscitation measures, medicines were escalated to maintain the blood pressure and all feasible steps were taken to improve the oxygen levels in blood, but the patient remained “extremely critical”, it said.

“Around 6.30 a.m., she had bradycardia and inspite of prolonged cardiopulmonary resuscitation, the patient could not be revived and was declared dead at 6.55 a.m.,” it said.

The probable cause of death was “septicemic shock”, the bulletin added.

During her treatment, she underwent tracheostomy (creating an opening in neck to place a tube into the windpipe to allow air to enter the lungs), burn dressings, debridement and escharotomies, the hospital informed.

Debridement is a medical procedure to remove dead, damaged or infected tissue, while escharotomy is a surgical procedure used to treat full-thickness (third-degree) circumferential burns.

The woman’s parents and uncle were kept informed about her deteriorating health condition and death, the hospital said, adding that the body was later handed over to police for postmortem and other formalities.

Heavy security was deployed in Hinganghat to avoid any law and order problem following her death, the police said.

Home Minister Deshmukh visited the hospital on Tuesday and announced that the accused’s trial would be fast-tracked.

It has also appointed well-known lawyer Ujjwal Nikam as special public prosecutor in the case.

According to the victim’s relatives, Nagrale, who was arrested within hours of the incident on February 3, had been harassing her for quite some time.

Nagrale and the woman were friends till two years ago when she severed ties with him due to his “irrational behaviour”, the police earlier said.

New Delhi, Aug 9: Indian on Sunday achieved a grim milestone after recording the highest single-day spike of 64,399 coronavirus cases, according to the Union Ministry of Health and Family Welfare.

As many as 861 deaths were reported in the country in the last 24 hours, taking the cumulative toll to 43,379.

Maharashtra has 1,47,355 active coronavirus cases, the highest in the country.

According to the Indian Council of Medical Research (ICMR), 7,19,364 samples were tested on August 8 while over 2.41 crores samples so far have been tested in the country.

Visakhapatnam, Jul 12: A man of Kotturu village in Anakapalle mandal in Visakhapatnam has allegedly died by suicide after losing money in online gambling.

According to his friends, 24-years-old Doddi Venkata Aravind died after losing money in online gambling. However, Police is yet to ascertain the cause of death.

"This noon at around 1 pm (July 11), one Bhavani reported to us that her son Doddi Venkata Aravind (24), has committed suicide by hanging himself at their house," said Sub-inspector Chakradhar Rao.

"We think he might have committed suicide due to financial or any other problems. Full details will be known in the investigation. Whether he had lost in online gambling, we don't know the details," he added.

The police have filed a case and an investigation is underway.

DV Aravind worked as a junior engineer in a private mining company at Rayagada, Odisha. He came to his mother's place three days ago.

Total number of confirmed coronavirus cases: 15,31,669
Active cases: 5,09,447
Cured/discharged/migrated: 9,88,029
Deaths: 34,193
Number of fresh cases in 24 hours: 48,513
One-day recoveries: 35,175
One-day deaths: 768
India’s coronavirus epidemic is growing at the fastest pace in the world, increasing 20% over the last week, according to Bloomberg’s Coronavirus Tracker. Maharashtra, Tamil Nadu, Andhra Pradesh and Karnataka are among the states where the maximum number of daily cares are being reported.

Fresh cases continued to come in at a heightened pace, hovering just below 50,000 for the last six days.

Moderna Inc.’s vaccine candidate against Covid-19 protected against the virus in a trial that inoculated 16 monkeys, an encouraging step on the path to a defense for humans against the pandemic. Pfizer Inc., however, is preparing for the novel coronavirus to endure, leading to long-term demand for a seasonal shot to protect against Covid-19.

Even as the transmission rate of Covid-19 remains high in India, the pace of recovery has risen too. On Wednesday, India reported its third day of over 35,000 recoveries.

Flare-ups in virus cases from Hong Kong to Europe are proving difficult for policy makers to wrangle. The U.S. neared 150,000 deaths from Covid-19, even as daily infections slowed in some hard-hit states. China reported 101 new cases, up from 68 a day earlier, with 98 of the total from local infections, mostly in Xinjiang.