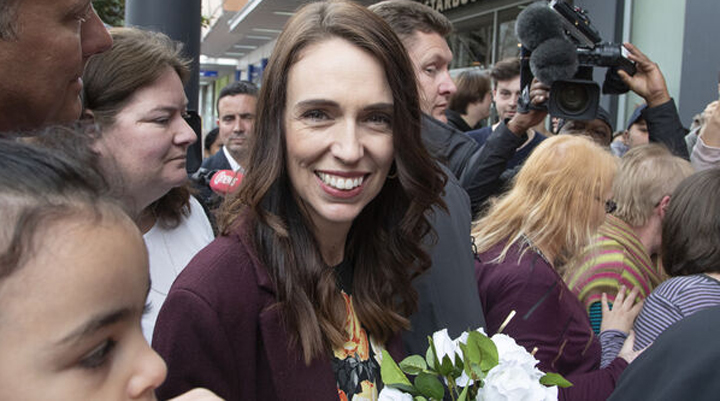 New Delhi, Oct 17: Marking a landslide victory in the New Zealand General Elections, incumbent Prime Minister Jacinda Ardern is set to return for her second term as the head of the country. PM Jacinda Ardern, representing New Zealand's liberal labout party, is acing ahead to form for the first time a single party majority government in the country in decades. During her first term in the office, Ardern was in power with the support of the nationalist party.

Labour was on the cusp of winning an outright majority in Parliament, something that hasn’t happened since New Zealand implemented a proportional voting system 24 years ago. Typically, parties must form alliances to govern, but this time Ardern and Labour may be able to go it alone.

"It's a landslide that looks like our vote is the best it has been since the 1940s," said Labour Minister David Parker. "It's a tremendous accolade first and foremost to the prime minister, but also to the wider Labour team and the Labour movement."

A record number of voters cast early ballots in the two weeks leading up to the election.

On the campaign trail, Ardern was greeted like a rock star by people who crammed into malls and spilled onto streets to cheer her on and get selfies with her.

Her popularity soared earlier this year after she led a successful effort to stamp out the coronavirus. There is currently no community spread of the virus in the nation of 5 million and people are no longer required to wear masks or social distance.

Ardern, 40, won the top job after the 2017 election when Labour formed an alliance with two other parties. The following year, she became only the second world leader to give birth while in office.

She became a role model for working mothers around the world, many of whom saw her as a counterpoint to President Donald Trump. And she was praised for her handling of last year’s attack on two Christchurch mosques, when a white supremacist gunned down 51 Muslim worshippers. She moved quickly to pass new laws banning the deadliest types of semi-automatic weapons.

In late March this year, when only about 100 people had tested positive for COVID-19, Ardern and her health officials put New Zealand into a strict lockdown with a motto of “Go hard and go early.” She shut the borders and outlined an ambitious goal of eliminating the virus entirely rather than just trying to control its spread.

With New Zealand having the advantage of being an isolated island nation, the strategy worked. The country eliminated community transmission for 102 days before a new cluster was discovered in August in Auckland. Ardern swiftly imposed a second lockdown in Auckland and the new outbreak faded away. The only new cases found recently have been among returning travelers, who are in quarantine.

The Auckland outbreak also prompted Ardern to postpone the election by a month and helped increase the early voter turnout.

The National Party’s leader, Judith Collins, is a former lawyer. She served as a minister when National was in power and prides herself on a blunt, no-nonsense approach, a contrast to Ardern’s empathetic style. Collins, 61, was promising sweeping tax cuts in response to the economic downturn caused by the virus.

In the election, voters also had a say on two contentious social issues — whether to legalize marijuana and euthanasia. Polls taken before the election indicated the euthanasia referendum was likely to pass while the marijuana vote remained uncertain. The results of both referendums will be announced Oct. 30. 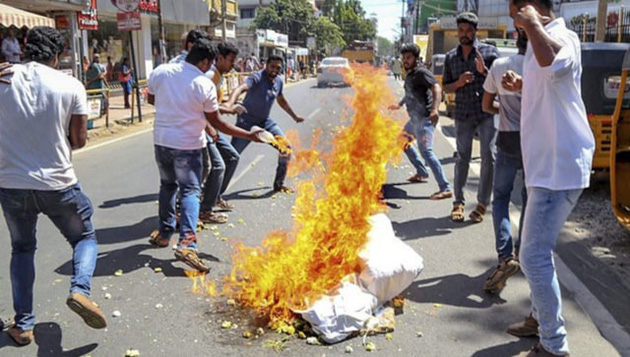 Bengaluru, Sept 28: Karnataka Home Minister Araga Jnanendra on Wednesday welcomed the imposition of ban on the Popular Front of India (PFI) in the country for five years.

"The National Intelligence Agency (NIA) in coordination with various state police departments had carried out raids on PFI workers and gathered evidence," he said.

He further stated that PFI was one of the religious fundamental forces which indulged in pitting the youth of the country against the nation. The move to ban PFI is good in the view of maintaining the integrity and unity of the country.

This is also a step which was necessary to maintain peace and harmony in the country, the Home Minister stated.

Meanwhile, Karnataka Director General of Police Praveen Sood has given directions to take up strict vigilance across the state against the backdrop of the move. The local police have been directed to conduct peace meetings with the Muslim community leaders.

It has also been directed to take those who try to disturb peace into custody. The central government has also issued warnings to take preventive measures in this regard.

Bengaluru Police Commissioner Pratap Reddy has given directions in localities where Muslims live in more numbers. The orders have been issued to lock all the PFI's offices in the city.

The notification of the union government has mentioned the murder of BJP activist Praveen Kumar Nettare in Dakshina Kannada district in Karnataka. It has also mentioned the proposal of the Karnataka government to ban PFI.