President Biden reverses US process of withdrawal from WHO

Washington, Jan 21: US President Joe Biden has reversed the US process of withdrawing from the World Health Organization.

Hours after being sworn in as the 46th president of the United States, Joseph R Biden on Wednesday signed an executive order ceasing a withdrawal process that his predecessor Donald Trump initiated last year, news agency Xinhua reported.

“Americans are safer when America is engaged in strengthening global health. On my first day as President, I will rejoin the @WHO and restore our leadership on the world stage,” Biden had tweeted in July when the former administration notified the United Nations of withdrawal from the WHO.

According to media reports, Biden picked Anthony Fauci, the nation’s top infectious disease expert, to lead a US delegation at the WHO’s annual meetings later this week.

Trump and his administration had repeatedly assailed the WHO.

Experts and Democrats had criticized that the Trump administration was trying to shift blames for its mishandling of Covid-19 response and would be counterproductive to addressing the public health crisis.

Ravichandran Ashwin was the big impact player for India, with bat and ball, on his home ground, as India crushed England by 317 runs in the second Test to level the 4-match series 1-1 in Chennai on Tuesday.

Chasing an improbable target of 482 on a vicious turner, England surrendered to the Indian spinners in the second session on Day 4, being bundled out for 164 in their second innings. This also ended England's six match win streak away from home.

England were 3 down overnight and lost their last 7 wickets in 35.2 overs on Day 4.

With this emphatic win, India also moved up to the second spot with 69.7 percentage points in the World Test Championship table, to bolster their chances of making it to the final in June. England, on the other hand, fell to fourth position. New Zealand have already qualified for the Lord's final to be played from June 18. 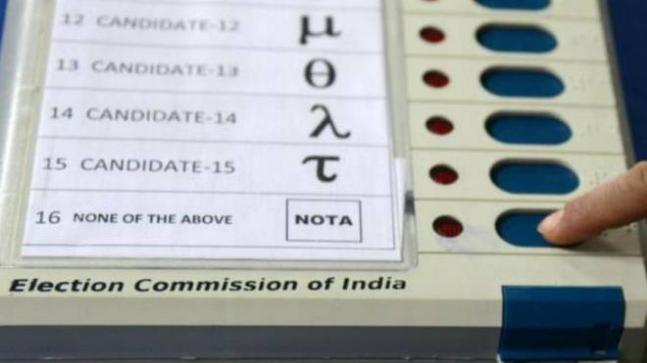 New Delhi, Feb 27: The Delhi High Court has issued notice on a Public Interest Litigation (PIL) seeking direction to State Election Commission to remove election symbol from the ballot paper, including the unit of the Electronic Voting Machine (EVM), in the municipal elections in the national capital.

The Division Bench of Justice DN Patel and Justice Jasmeet Singh on Friday sought response from all the respondents in the matter and slated the matter for April 13th for further proccedings.

The Petitioner, Alka Gehlot is an Ex-Contestant of last municipal election held in 2017 had earlier too approached the Delhi HC in 2019 and that petition was disposed by the court with a direction to the Respondents (including State Election Commission, Delhi) to look into the grievance of the petitioner.

Advocate HS Gehlot, represented petitioner states that the DMC Act 1957 provides that the councilors to be chosen by direct election on the basis of adult suffrage from various wards which the corporation comprises of without any preference to candidates of political parties. Hence, The SEC ought to conduct election to elect a candidate and not a party. Presence of reserved symbol on the ballot paper is blatant violation of Fundamental Rights and other constitutional rights of the people.

The Plea stated that, Population of Delhi is growing exponentially in violation of NCR Planning Board Act, 1985 and the Municipal Government cannot escape responsibility as most of the corporators are indulged in property dealing or have nexus with them. As a result of unplanned growth Delhi has become one of the most polluted city in the world.

Bengaluru, Feb 17: Searches are being carried out in various medical colleges in Karnataka by I-T sleuths, sources in the Income Tax department said on Wednesday.

The raids were conducted in certain colleges in Bengaluru, Mangaluru and Davangere.

The I-T sleuths accompanied by Enforcement Directorate officials swooped down on institutions, offices and residences belonging to owners of the medical colleges this morning.

In the state capital, raids were carried out at two colleges. However, officials did not divulge any information on the raids. Details to follow