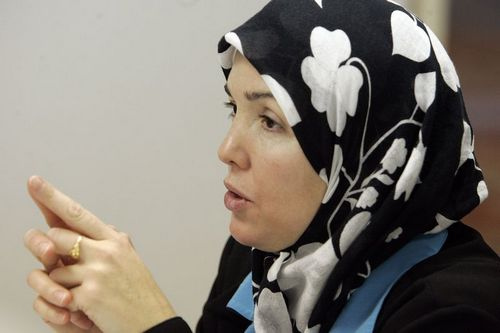 Lahore, November 1: Islamic scholar Maryam Jameelah who reverted to Islam at the age of 27 passed away here on October 31 after prolonged illness aging 78.

The deceased was suffering from illness from the past several years because of her age for which she was also shifted to hospital at times.

Maryam Jameelah was born Margaret Marcus to a Jewish family in New Rochelle, NY, on May 23, 1934. She grew up in a secular environment, but at the age of nineteen, while a student at New York University, she developed a keen interest in religion.

Unable to find spiritual guidance in her immediate environment, she looked to other faiths. Her search brought her into contact with an array of spiritual orders, religious cults, and world religions; she became acquainted with Islam around 1954. She was then greatly impressed by Marmaduke Pickthall's The Meaning of the Glorious Koran and by the works of Muhammad Asad, himself a convert from Judaism to Islam. Jameelah cites Asad's The Road to Mecca and Islam at Crossroads as critical influences on her decision to become a Muslim.
Through her readings in Islam she developed a bond with the religion and became a vocal spokesperson for the faith, defending Muslim beliefs against Western criticism and championing such Muslim causes as that of the Palestinians. Her views created much tension in her personal life, but she continued to pursue her cause.
She embraced Islam in New York on May 24, 1961, and soon after began to write for the Muslim Digest of Durban, South Africa. Her articles outlined a pristine view of Islam and sought to establish the truth of the religion through debates with critics. Through the journal, Jameelah became acquainted with the works of Mawlana Sayyid Abu Ala Mawdudi, the founder of the Jamaati Islami (Islamic Party) of Pakistan, who was also a contributor to the journal.
Jameelah was impressed by Mawdudi's views and began to correspond with him. Their letters between 1960 and 1962, later published in a volume entitled Correspondences between Maulana Mawdoodi and Maryam Jameelah, discussed a variety of issues from the discourse between Islam and the West, to Jameelah's personal spiritual concerns.
Jameelah traveled to Pakistan in 1962 on Mawdudi's advice and joined his household in Lahore. She soon married Muhammad Yusuf Khan, as his second wife.
Since settling in Pakistan, she has written an impressive number of books, which adumbrated the Jamaati Islami's ideology in a systematic fashion. Although she never formally joined the party, she became one of its chief ideologists.
Jameelah has been particularly concerned with the debate between Islam and the West, an important, albeit not central, aspect of Mawdudi's thought.
Her significance, however, does not lie in the force of her observations, but in the manner in which she articulates an internally consistent paradigm for revivalism's rejection of the West. In this regard, her influence far exceeds the boundaries of the Jamaati Islami and has been important in the development of the Muslim world.
Her writings include marvelous religious and intellectual materials. A list of her articles and books is mentioned below,